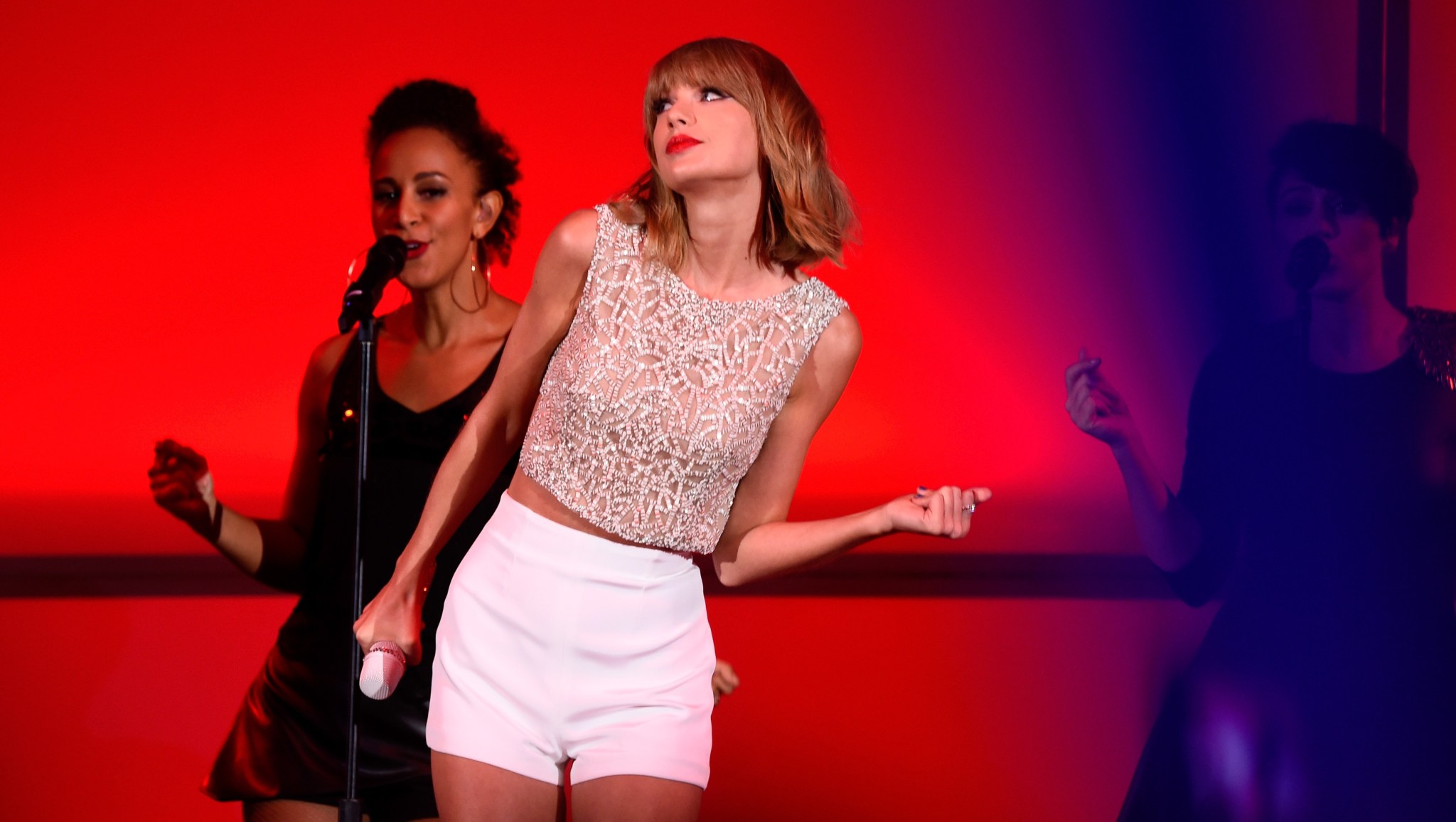 If you know anything at all about Taylor Swift’s new LP, 1989, which was released yesterday, it’s likely the following:

2. 1989 is inspired by artists who were popular around the time of its titular year, when Swift was born, including Phil Collins (during his socially conscious … But Seriously period) and Fine Young Cannibals (because apparently they come up early in a “music of 1989” Google search).1

These talking points have been hammered constantly by Swift and others during the album’s lengthy promotional cycle. Swift has, in other words, made a concept album, or at least a highly conceptual album. The idea is that 1989 is a record unlike any Swift has created before, though the constructed musical persona doesn’t get in the way of Swift’s personal truth. This is made clear when you hear the entirety of 1989, which begins with “Welcome to New York.”

When “Welcome to New York” arrived online last week, provincialists instantly pilloried Swift for presenting a phony, bumper-stickerized version of the city circa 2014. In the song, Swift describes Manhattan as Charlie might’ve waxed rhapsodic about Willy Wonka’s chocolate factory — as a Technicolor fantasia where the big hearts of the bustling locals beat like kick drums in a disco song as they rush excitedly toward the realization of their most profound ambitions. The critics of “Welcome to New York” are inarguably correct: It is not a very true-to-life song. Also, The Warriors is an overly stylized and highly inaccurate depiction of New York City gangs in the ’70s and Ghostbusters is an insensitive portrayal of municipal bureaucrats fighting to keep paranormal investigators environmentally responsible in the ’80s. Fact-checking fantasies is important.

In the context of 1989, what should have been obvious all along about “Welcome to New York” is suddenly unmistakable: Swift isn’t singing about a city, she’s singing about her idea of a city. “Welcome to New York” articulates a vision that so many individuals in their early to mid-twenties have when they leave some Middle American Nowheresville to chase the promise of NYC. Basically, the belief is that New York will allow you to become the best possible version of yourself. “Everybody here was someone else before,” is how Swift puts it. New York is what you thought high school would be in junior high, or what college would be in high school. New York is where you go after those dreams of transformation rise and fall, and you still expect external forces to change the person you are inside.

Of course the sentiments of “Welcome to New York” are corny and misguided; the myth of New York exceptionalism endures because of the corny convictions of misguided outsiders who keep searching for something in the city that’s not there. Swift captures that phenomenon in “Welcome to New York” so completely that you suspect that she’s also living it out.

Part of leaving home is rejecting what home signifies — the restrictions, the dullness, the familiarity — hence Swift’s oddly worded proclamation about 1989 being an “official” and “documented” pop album, and the decision not to service her new music to country radio.2 Even if Swift isn’t consciously thinking in those terms, her former peers sure seem to be. In an interview with the New York Times, one radio programmer struck a paternalistic pose when talking about Swift, like a dad dropping his daughter off at the dorm for the first time.

“Taylor is one of us, one of our children,” Mark Razz, the music director at Philadelphia’s WXTU-FM, told the Times’s Ben Sisario. “You’re there for them along the way, and then they need to go to what they are going to do. She’s gotten to where she is through country music, and if she goes on to be the next pop sensation around the world, we are behind her 100 percent.” 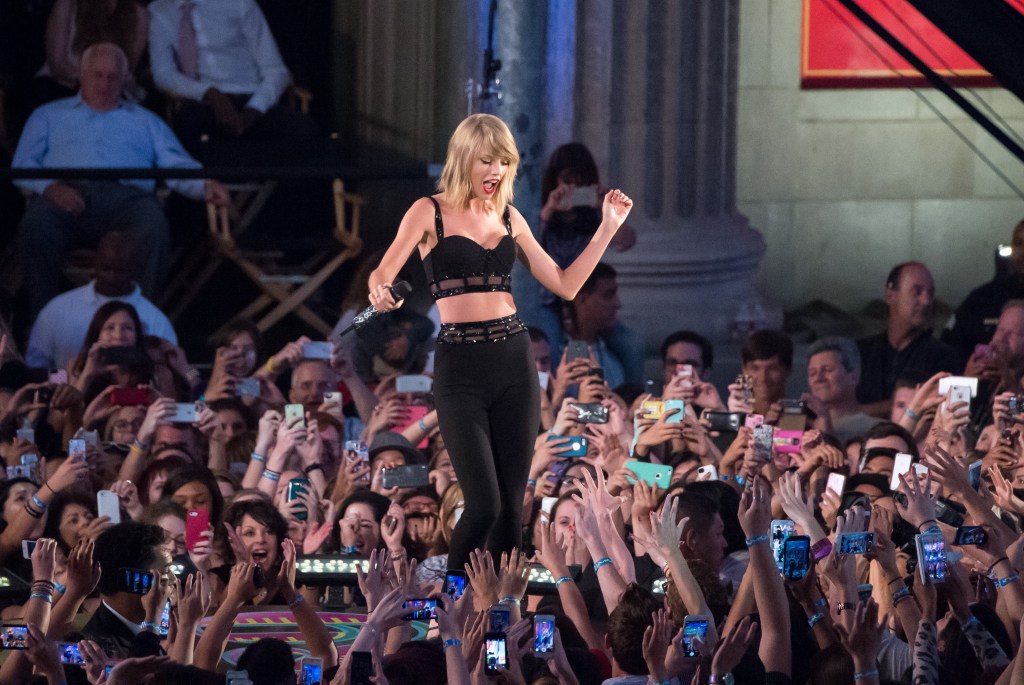 Here’s a nagging question I can’t shake: How is Swift’s previous album, 2012’s Red, not a pop record? Red is undeniably popular music, going quadruple platinum in an era when doing so is the equivalent of moving 10 million units in the ’90s. Those sales figures were matched by the broadness of Red’s musical scope. U2-size guitar anthems, sing-along mall ballads, shit-talking dance stompers, rough-and-tumble singer-songwriter introspection — that album had it all. The occasional token banjo lick aside, Red wasn’t really a country record any more than it was a rock record, a pop record, or any other kind of record. It was country because she said it was country, but in reality Red made Taylor Swift her own genre. 1989, in comparison, is deliberately much narrower, working and reworking a monochromatic template of mid-tempo synth-pop that gradually loses flavor over the course of 13 songs. Perhaps Swift rushed to publicly define 1989 because the album doesn’t define itself with nearly the clarity her previous work did.

Since semantics matter to Swift, it’s worthwhile to note the difference between “pop” as shorthand for popular and “pop” as its own genre. Popular music is shrinking, but it still encompasses large swaths of rock (the best-selling genre, according to Billboard’s latest quarterly report), country (the most dominant genre in radio), and rap (the most influential genre on other aspects of culture). There’s virtually no popular music of that sort on 1989. Instead, Swift has defined pop the way it is commonly discussed on the Internet, as a cross section of so-called “outsider” acts played on the radio (such as Lorde and Fun.) and retro-leaning underground stars who generate a sizable social media footprint (such as Robyn and Haim). It is the preferred soundtrack for the upwardly mobile urbanites that Swift now lives among.

Pop, like other mass-market products such as beer and red meat, has gone artisanal. It’s a boutique item now, and 1989 is a boutique record, as precious and impeccable as the banana-quinoa muffins that Swift can’t stop buying from that awesomely hip place down the street in her new neighborhood. You can easily imagine Hannah and Marnie achieving a moment of catharsis while dancing in an episode of Girls to one of Swift’s latest songs — a few of which are cowritten by Jack Antonoff, Lena Dunham’s boyfriend, no less. You remember how on Red’s signature tune, “We Are Never Ever Getting Back Together,” Swift snarked about a dim ex-boyfriend’s preference for an “indie record that’s much cooler than mine”? With 1989, Swift has made her version of a record that’s much cooler than her other albums.

This is not to say that 1989 won’t sell boatloads or stream out of earbuds from Queens to Omro to San Luis Obispo. It’s Swift’s job to make songs that imprint on billions of brains, whether people want them there or not, and she’s still extremely good at her job. The first half of 1989, from “Welcome to New York” up through “Shake It Off,” is particularly unstoppable. From 2014’s (admittedly underwhelming) class of noteworthy albums, only YG’s My Krazy Life flows as well as 1989 does in the early going. (Sorry, Max Martin and Shellback, but DJ Mustard wins this round.) 1989’s best song is “Out of the Woods,” a doomy slice of bubble-goth gloom wherein Swift’s latest deadbeat boyfriend puts on the literal and figurative brakes, leaving him with 20 stitches and her with visions of monsters posing as trees. A close second is the velveteen slow-roller “Style,” which is Swift’s “I just watched Drive for the fifth time on Netflix and/or tried cocaine for the second time” song.

But once Swift dispenses with the (alleged) Katy Perry dis “Bad Blood,” the rush wears off, and 1989 starts to recycle what’s already been recycled too many times. All that’s left in the back half of 1989 is Swift’s unerring sense of craft and growing paranoia, which is enough to keep the anti-paparazzi song “I Know Places” afloat, but not much else. At least “I Know Places” has some of Swift’s distinctive lyrical weirdness — notice how she likens herself to a fox being chased by the hunters in the press, and try to discern whether there’s a trace of a sly smile. Otherwise, the bulk of 1989 feels shopworn, reiterating the same set of ’80s reference points — the echoing drums, the “Take My Breath Away” silhouette synths, the melodramatic vocal swell — that have become de rigueur in recent years.

In his perceptive review for Rolling Stone, Rob Sheffield likened 1989 to Prince’s post–Purple Rain work, which included stylistic left turns into psychedelic train-wreckism like Around the World in a Day and Parade. It’s telling that making an “official” pop record would be likened to an infamous drift into esoterica, but it suits 1989. What’s troubling is that Swift doesn’t seem to find herself in the process. Red was an album that only Taylor Swift could’ve made, because nobody else was famous enough to even think of trying to reach so many people. On 1989, Swift blends in with a different, trendier crowd. And that’s where she gets lost.

NBC Continues Its Bid to Bring Back the Variety Show, With Neil Patrick Harris and ‘Saturday Night Takeaway’