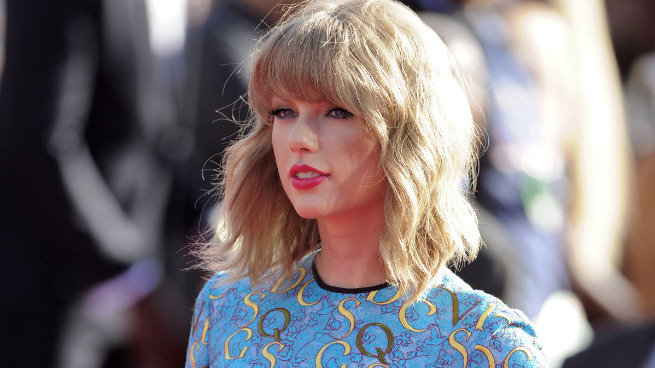 This July saw the birth of InfoSec Taylor Swift, a joke Twitter account that wedded pictures of Swift to fabricated quotes about cybersecurity. The meme, which was also a parody of Tumblr fan meme culture in general, took off among the subcommunity of people who are interested in both Taylor Swift and InfoSec (myself among them). The fictionalized InfoSec Swift espouses cyberpunk philosophy about the exponentially rising intersections between our meatspace world and the digital one. It’s actually insightful, striking an absurdist pose between single-serving memes and sci-fi meditations on Ray Kurzweil’s theory of the technological singularity.

Social media isnt worship of content. It is the worship of eternal generation of content so as to ever be seen at all pic.twitter.com/Fkt3Rs3GHU

Machines are the only children birthed by men.

InfoSec Taylor Swift reimagines Swift as a font of knowledge about data security and a kind of paranoid mystic for personal privacy — when the celebrity nudes leaked last week, the account assisted those trying to find the source of the leaks by reporting metadata associated with the pictures without posting the nudes. A new profile of Swift in this week’s Rolling Stone now reveals the Twitter account’s portrayal might not be very far off.

Swift is a dream profile subject; she gives good quotes and divulges just enough newsworthy information each time to keep the rote promotion for a new album (in this case 1989) from feeling too repetitive. She is kind to fans — perhaps performatively so, given that a reporter is trailing her. But she’s also honest about the practical challenges of being Taylor Swift the human person who has no real privacy due to having also created Taylor Swift the international celebrity. In this latest profile, we learn some new things about Taylor Swift the human that she is OK with letting us know: She identifies with Shoshanna from Girls, she has a pool table covered in cat hair, she drinks a lot of seltzer. There’s also new information about 1989, and she maintains that going from country music to pop is the Swiftian equivalent of Bob Dylan going electric at Newport.

Swift is incredibly paranoid about leaks: of personal information, of her music, of camera footage of her in a dressing room or bathroom. For Taylor Swift, every naked moment is a potential Psycho shower scene. She is constantly nervous about being surveilled. Her music video for “Shake It Off” was shot at a soundstage in Van Nuys under the code name “Project Sparrow.” She tells the interviewer: “Don’t even get me started on wiretaps. It’s not a good thing for me to talk about socially. I freak out.” When asked who would bug the video shoot, she suggests, “The janitor. The janitor who’s being paid by TMZ. This is gonna sound like I’m a crazy person — but we don’t even know. I have to stop myself from thinking about how many aspects of technology I don’t understand … Like speakers. Speakers put sound out … so they can’t take sound in?” She also suggests that someone could remotely hack her cell phone and listen in.

Although the interview took place before the nude leaks scandal, she presciently says, “I don’t take my clothes off in pictures or anything — I’m very private about that. So it scares me how valuable it would be to get a video of me changing. It’s sad to have to look for cameras in dressing rooms and bathrooms. I don’t walk around naked with my windows open, because there’s a value on that.” Obviously, even if Taylor showed up to events in nothing but ice cream pasties (like Miley did at Alexander Wang’s after-party), she would still be entitled to her personal privacy.

Swift doesn’t say anything judgmental about girls who do choose to take naked pics, and her cover shoot, inspired by Madonna’s “Cherish” video, is Taylor’s most blatantly sensual look ever. Swift’s way of maintaining privacy is create the illusion of revealing everything. But she admits there are still some things even her most ardent listeners and devoted fans don’t know, and shouldn’t be able to. Swift is not wrong about her status as a bounty for hackers and stalkers. She may be incredibly paranoid, but she’s got good reasons to be.