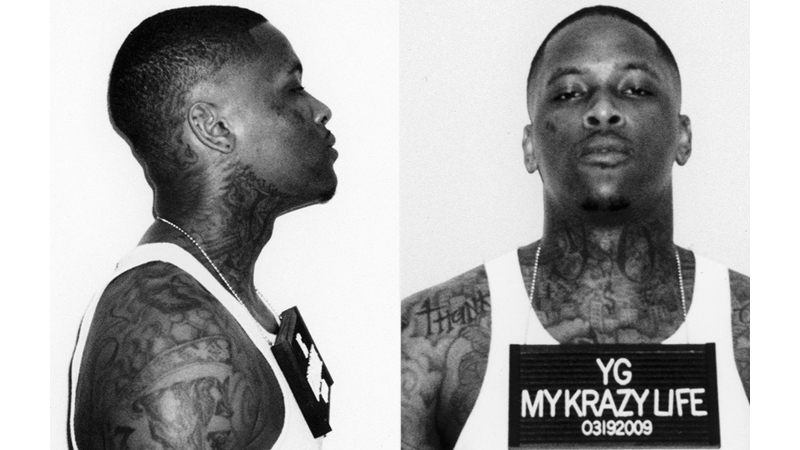 There are, were I to estimate, three smart ways to write about YG’s new album, My Krazy Life, which he released last week and which is both good and interesting (save for “Do It to Ya,” a song featuring the mosquito-ish TeeFLii that is truly dispiriting, though not entirely unlikable).

The first: To discuss how, for nearly the entirety of My Krazy Life, YG strips away all the excess material, basically leaving only (a) his voice, which he successfully stretches from needlepoint to rotund as needed, (b) producer DJ Mustard, and (c) the two piano keys that producer DJ Mustard knows about. In a less steady rapper’s care, this might’ve been a disastrous decision. But YG is courteous and sincere, and so the emptiness sounds less like emptiness and more like introspection, resulting in a beautiful and bare and beautifully bare album. So you could use that to attempt to explain how YG has rocketed into relevance by being plain. But Jon Caramanica did that already in the New York Times. I have to assume he did a better job than either you or I would have done.

The second: To discuss how YG is from Compton, the same place that produced rap’s most recent truly important person, Kendrick Lamar, and then compare and contrast the two. And that would be fun, I’m sure. But Christopher Weingarten did that already in Rolling Stone, and he managed to do so in all of one sentence. I have to assume he did a better job than either you or I would have done too.

The third: To discuss how producer DJ Mustard was asked to place his chubby little fingers on more than half of the album’s tracks, and how perfectly he did so, which would eventually lead to the argument that the two have created what appears to be, at least within the first week of its existence, the marquee ratchet rap album. And that would’ve been an argument with legs, for sure. But Brandon Soderberg did that already at Spin. I have to assume, yet again, that he did a better job than either you or I would have done. Perhaps you and I should attend a few writing seminars, or at least keep less intelligent company.

Let us concede then that, given the consideration it has already received, My Krazy Life is a very good album. Let us concede that it is a revitalization of sorts, a contemporary reimagining of the g-funk/mobb music sound that helped California become the first state to fully wrestle rap away from New York’s grip.

It deserves, then, to be placed and evaluated alongside some of the region’s most inspired works. So that’s why I spent 12 hours drawing tiny rapper faces and placing them on a matrix. That’s what you’re looking at. It’s the “A West Coast Rap Album Matrix.” 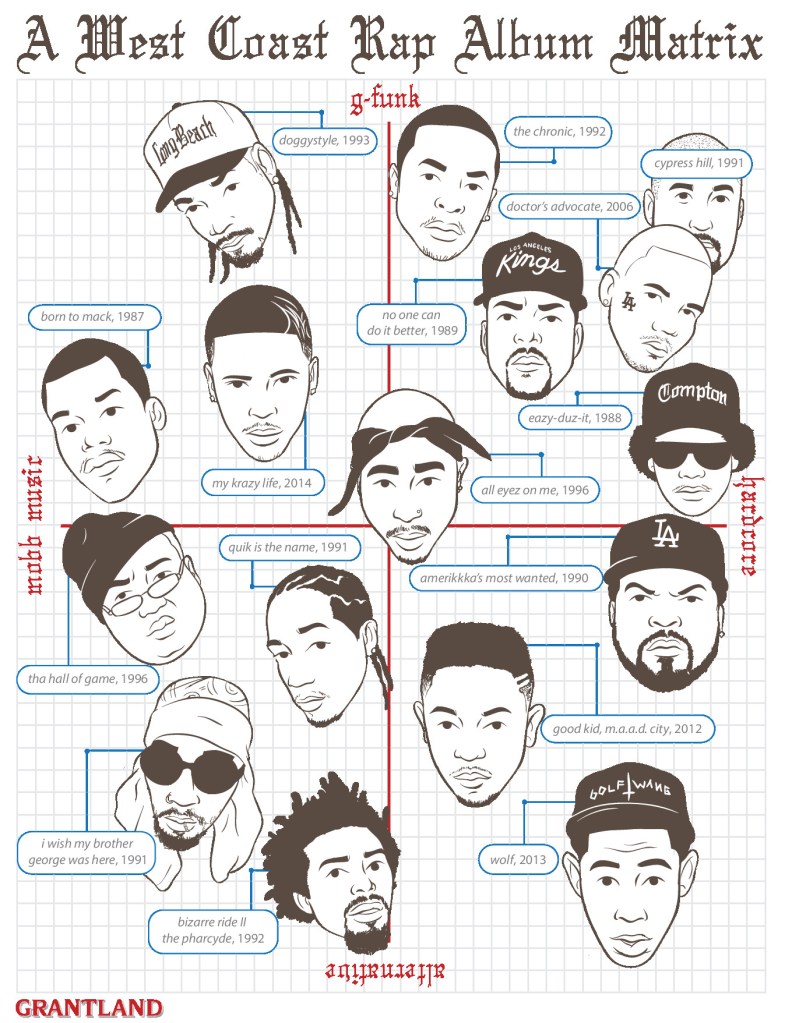 [Click here for a larger version of the chart.]

YG actually stands for Young Gangsta. I probably would’ve liked this album a lot less if he’d have used that name instead. It’s such a terrible name. There’s a rapper in Houston named Lil Young. That’s a pretty bad name too.

Young Thug, however, is pretty perfect.

Snoop is hard to draw.

DJ Quik is easy to draw.

Eazy-E is the easiest to draw.

The New ‘X-Men: Days of Future Past’ Trailer: If I Could Turn Back Time ...

"You can be content. You can feel secure. You can be at peace. Happy? Happy is a giddiness, it's a frivolous emotion really. Not to say it's worthless or I don't enjoy it, 'cause I do, but … it's not something that you can really achieve." —Pete Campbell being Pete Campbell