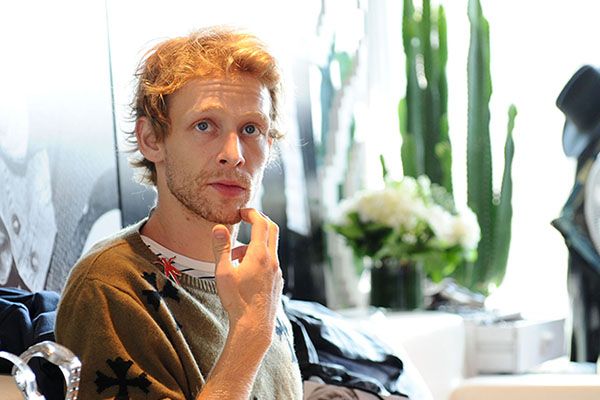 Johnny Lewis, best known for his role as Halfsack on Sons of Anarchy, died yesterday. It gets worse. According to TMZ, “Lewis was found in a driveway Wednesday morning in the Los Feliz neighborhood — and the elderly woman who owned the home [and rented a room to Lewis] was found dead inside … the victim of a homicide. Investigators say they believe Lewis beat the woman to death … According to multiple reports, neighbors heard the 81-year-old woman screaming … and then saw a young man outside her home attack 2 other people with a piece of wood … before he climbed onto the roof and fell to his death.” Furthermore, “cops believe Johnny was on drugs — either PCP or meth” and the men he fought with say “Johnny showed ‘super-human strength’ and was ‘phenomenally strong.'”

Following the death, Sons of Anarchy showrunner Kurt Sutter released a statement on his blog:

not sure if folks know this yet, but johnny lewis (halfsack) died last night. the sad irony of it happening two days after opie’s death is not lost on me. it was a tragic end for an extremely talented guy, who unfortunately had lost his way. i wish i could say that i was shocked by the events last night, but i was not. i am deeply sorry that an innocent life had to be thrown into his destructive path. yes, it’s day or mourning, but it’s also a day of awareness and gratitude. sadly, some of us carry the message by dying.

Lewis also had roles on The O.C., Criminal Minds, and Bones. He was 28 years old.

Filed Under: In Memoriam, Obituary, sons of anarchy

Judging The X Factor: Gene Simmons's Family Jewel, an Illustrated Man, and a Bunch of People Who Could Use Some Auto-Tuning