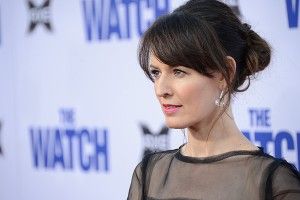 In November, THR reported that Rosemarie DeWitt — who, over her varied career, has managed to sleep with Don Draper, get tussled over by Jason Bourne and Jim Halpert, and, somehow, not lose her mind over having Anne Hathaway as a sister — would be joining The Newsroom as a recurring character. Along with Patton Oswalt, who’d be playing Jonas Pfeiffer, the new VP of human resources at Atlantic Cable News, DeWitt will play “Rebecca Halliday, a litigator brought in to defend the network in a wrongful-termination lawsuit.” Alas, it’s not to be. According to Deadline, “she filmed some scenes but her storyline subsequently underwent changes which required reshoots,” and she wasn’t available to do the reshoots. In a statement, HBO added, “As the production schedule for season two of The Newsroom has shifted, Rosemarie DeWitt has encountered scheduling conflicts and will no longer be able to continue in her role.”

Well, that’s pretty boring. It’d be great if the true story is that Rosemarie DeWitt was pushed out when she discovered some deep dark Newsroom secret: Suave British blogger Dev Patel is actually from Kentucky! The character of Will McAvoy was not based on Keith Olbermann or any other newscaster, but in fact was inspired in part by the grumpy antics of McDonald’s character Grimace! Olivia Munn has been secretly writing the scripts because Aaron Sorkin has forgotten how to read! But, nah, it’s just scheduling conflicts.

Filed Under: The Newsroom, TV News