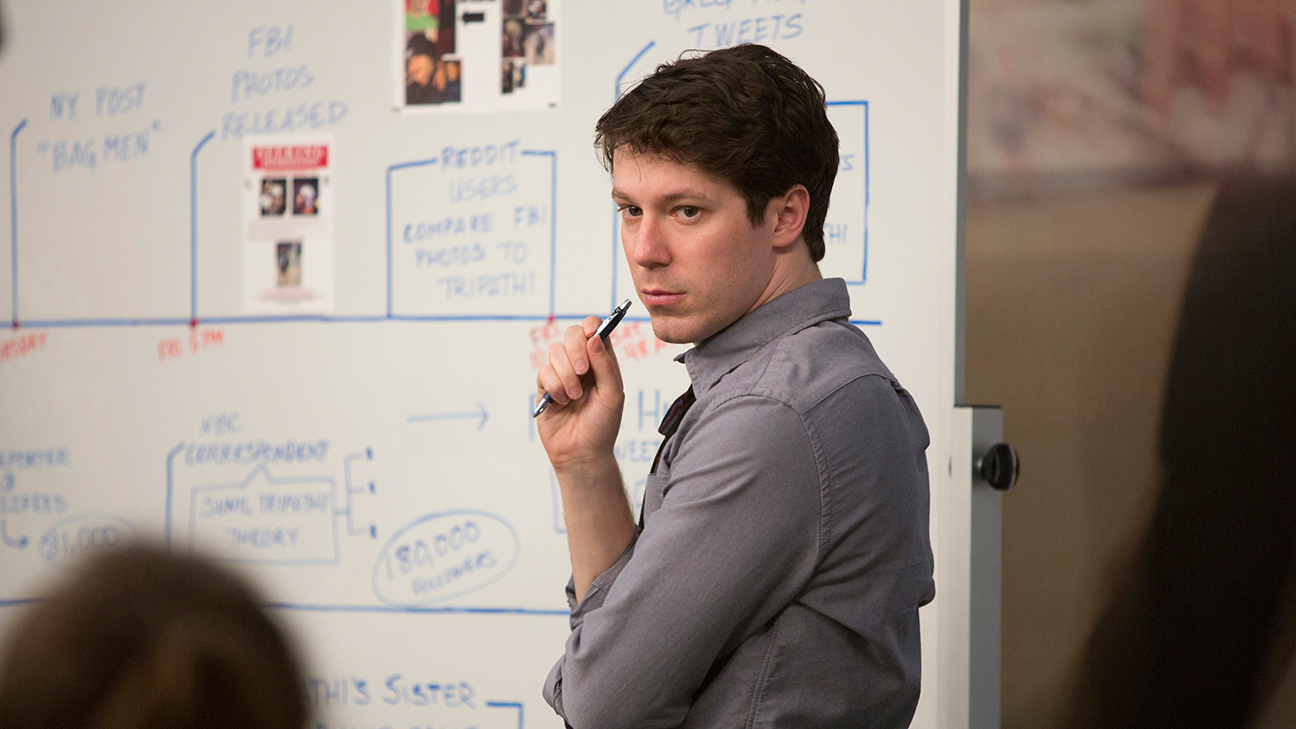 For all the good it does, Twitter can be kind of scary, especially the way it can flatten public conversations. But on The Newsroom, Twitter is like a monster — a symbol of the unknown that threatens to infect the world of News Night. It is shorthand for the unscrupulous, vicious forces of modernity that exploit the worst instincts of the public for “clicks.” In Season 2, Will McAvoy spent an entire episode fuming over a New York Post writer tweeting about encountering him at a restaurant. An episode of The Newsroom that involves Twitter is going to have apocalyptic stakes and give the characters a common enemy, like “zombies” on The Walking Dead or “narrative coherence” on American Horror Story. (This treatment of Twitter is pretty funny considering that the Will McAvoy parody account is one of the better things to come out of the show.)

The fear and loathing of social media has moved front and center in the third and final season of the show. The season premiere, “Boston,” spent some of its run time on the moment when Reddit crowdsourcing inaccurately identified suspects in the Boston Marathon bombing, leading Will to decry the “faceless mob,” and MacKenzie McHale to curse “citizen journalists.” In a rundown meeting, ACN reporters and producers carefully traced how the misinformation spread through BuzzFeed reporters, Perez Hilton, and their apparently staggering number of Twitter followers. One of the big jokes of the episode was that a staffer thought MacKenzie actually used Twitter.

Grace Gummer’s Hallie was introduced last season as an embedded reporter on the Mitt Romney campaign. She served two purposes: She wasn’t Maggie, and she let Jim selflessly sacrifice a one-on-one interview with the candidate to definitively prove he was worthy of her affection. She shows up in “Boston,” inexplicably working at ACN, apparently employed by the network only so she could be fired in “Run” after sending a late-night tweet from ACN’s account: “Boston Marathon: Republicans rejoice that there’s finally a national tragedy that doesn’t involve guns.” If Twitter stands for everything that’s wrong with journalism, Hallie stood for everything that was wrong with Twitter.

This subplot conveys several of Aaron Sorkin’s lessons about the Internet.

Hallie’s concern over whether her tweet is going to get picked up virally, despite being a nonstory, is represented by her seemingly refreshing the entire Internet. She is really only refreshing two sites on repeat: The Daily Caller and BuzzFeed, because these are apparently two of the only online publications Sorkin has heard of, or the only ones he thinks would be so low as to report on a tweet.

The story eventually does show up on The Daily Caller — piano sting — and the Republican National Committee blackmails ACN in exchange for an apology. Reporting on a tweet from the official account of a news network is a pretty standard, if unfortunate, part of web journalism. And it’s actually the same kind of story as the one Maggie spends the episode pursuing — the personal opinions of people whose jobs make those opinions relevant.

This one is probably true. Having practically a public forum for anything you want to share is not a good thing for most people. But the Hallie subplot gets swept aside without any indication of whether she had a hacky political sensibility that led her to think the tweet was funny, or if she actually thought it was a good idea. That’s mostly because, unsurprisingly for a female Sorkin character, she hasn’t really been given much depth — her entire presence on the show is first “Romney embedded reporter Jim fights with,” then “not-Maggie Jim dates.”

3. Wanting people to read your work is bad

Though Jim repeatedly claims that Hallie knows what she did was wrong, and valiantly attempts to defend her, Charlie Skinner decides to fire her anyway. Charlie aggressively questions why Hallie got her job in the first place, because, after all, she’s dating her boss (not something any other character on this show is doing, of course). More importantly, Charlie wants to know why Hallie would ever send the tweet. He bellows: “What were you thinking the value of it was?” Hallie, chastised, admits the unthinkable: “Retweets.” The humanity!

4. Tweets are as long as you want them to be

When Jim goes to talk things over with Hallie at a bar, she tells him that she’s outed herself from her own account, ostensibly to protect other ACN staffers. Her tweet reads: “Just left ACN for the last time. Great five weeks, honest people, sensational experience. One regret: I tweeted a terrible joke on the network’s account. No one else involved.”

That’s 175 characters. Here’s the shortest version I could come up with: “just left ACN 4 the last time gr8 5 wks honest ppl sensational experience 1 regret I tweeted a terrible joke on the network’s acct no1 else involved.”

This is still nine characters over the 140-character limit. It could well have been sent as multiple tweets, but honestly I’m not sure I’m willing to give the show the benefit of the doubt on this.

5. Even more web publications are evil

The websites come calling. See, Hallie has an ax to grind with ACN, which makes her an asset to an aspiring JazzHate or Slugline. She gets offers from The Daily Beast and, by the beard of Zeus, Gawker. Grace spits out the word “Gawker” as if it is the worst spell in the Internet Necronomicon, or the name of a men’s rights activist. The idea that these publications (all web-only, not cable news channels) are the worst places to do the news is just depressing, because it’s the thrust of Sorkin’s biggest lesson about the Internet.

This is the most frustrating thing about The Newsroom’s treatment of social media. As much as Sorkin would like to think otherwise, The Newsroom can often sound like a sermon, delivered by Will McAvoy, the high priest of What Journalists Should and Shouldn’t Do (or Jim or Charlie or MacKenzie, his church). And where Will’s unwillingness to engage with the world does come back to bite him in some cases, it never does when he rails against Twitter, or practically any technological advancement he doesn’t understand (like Bitcoin, which gets dropped as a punch line by one of Reese’s stupid half-siblings). MacKenzie might accidentally email the entire staff, but at least she never sends a misguided tweet.

It’s too bad Sorkin and Twitter don’t get along, though. His problem with the platform seems to be that it rewards quippy, well-packaged sound bites that gain traction by playing to people’s established ideology, without offering any new substance or original ideas. In that sense, the two are a match made in heaven. Besides, if Twitter’s redesign is any indication, the social media platform and Aaron Sorkin have basically the same audience: my mom.