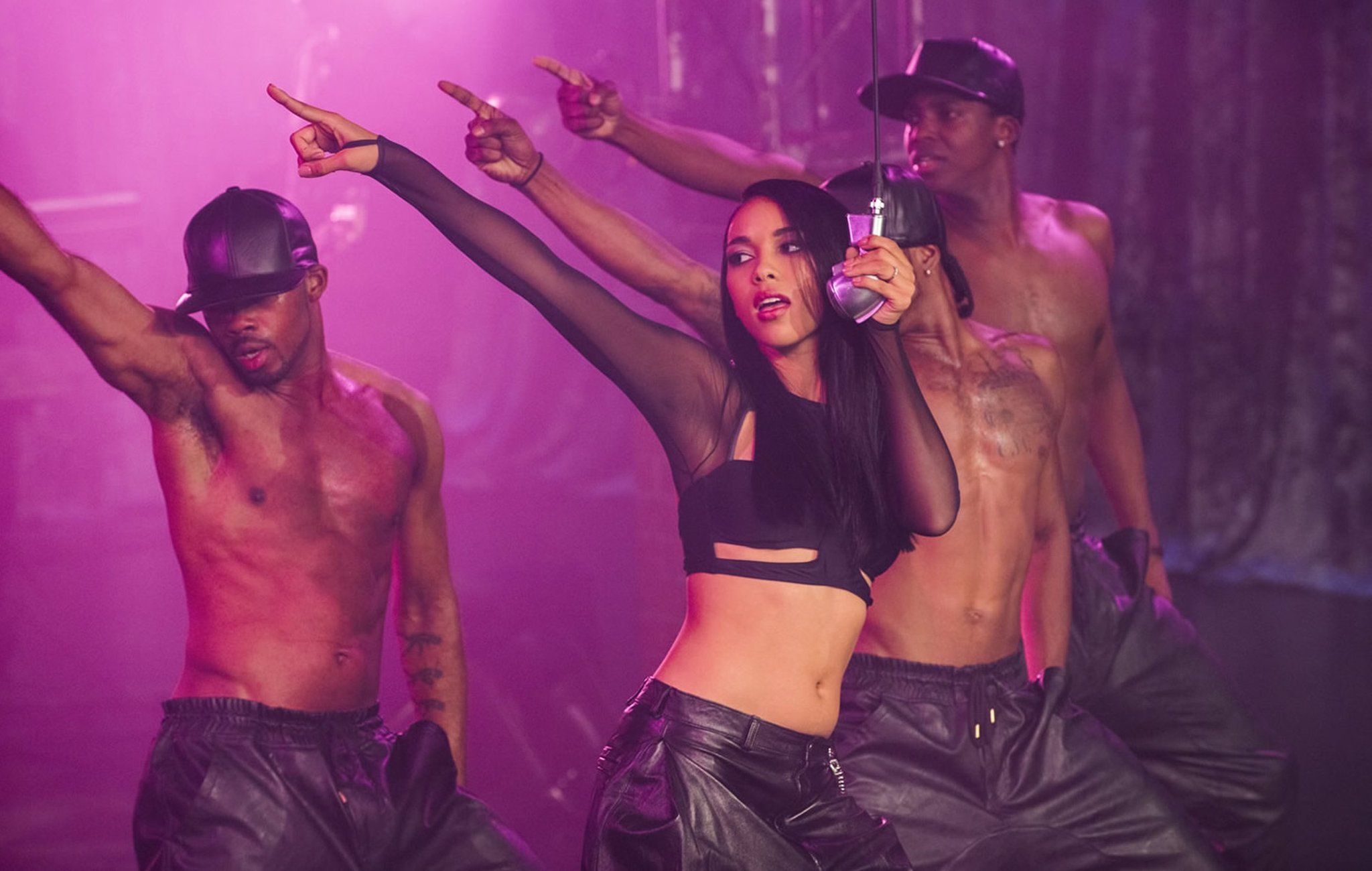 On Saturday evening, Lifetime showed an original movie called Aaliyah: The Princess of R&B. It was based on the singer’s life (and death, though they chose to address that only by flashing it real quick on the screen at the end). It was very terrible.

Most everybody seemed to understand going in that it was going to be bad. The first indicator came this past June when Aaliyah’s family told TMZ that they hadn’t granted Lifetime the rights to use original Aaliyah recordings for the movie, and it’s a smidge hard to make a good movie about a musician without being able to use that particular musician’s music. The second indicator was that it was Lifetime making the movie, so, I mean, come on, it’s the same station that’s airing Grumpy Cat’s Worst Christmas Ever in two weeks, so maybe it’s not the best channel to tell the story of someone basically everyone understands to be important, and some understand to be iconic. Still, people watched it.

I watched it when it aired and again later that same night and then again on Sunday evening because who even knows. That’s just how terrible it was, I guess. I was hoping that it would get better. It didn’t. They got a few things right — they casted a woman to play Aaliyah and not a man or a mountain lion or a traffic cone, so that was good; and also they gave her a bandanna to wear, and she wore one of those a couple of times, so that was good, too — but that seemed to be about it. Beyond that, the whole thing was very much hollowed-out wood.

It felt a lot like maybe Aaliyah’s music would’ve helped a bit, so we rescored the movie, this time with actual music that made sense. You should watch it again but this new music version.

Aaliyah, “Age Ain’t Nothing But a Number”

When to Press Play: R. Kelly and Aaliyah Get Romantically Involved

Kelly, 27, wrote and produced a song for 15-year-old Aaliyah called “Age Ain’t Nothing But a Number” and it had lines like, “I got a thing for you and I can’t let go,” and, “Don’t be afraid ’cause tonight we’re gonna go all the way,” and then he married her and, oh great, now I gotta cut my own head off.

When to Press Play: R. Kelly and Aaliyah Tell Aaliyah’s Parents That She and R. Kelly Have Been Married

Aaliyah, “Throw Your Hands Up”

This scene didn’t really happen. It should have, but it didn’t. I don’t know if it was even a real thing she did (I’m near sure it wasn’t), but still. The producers of The Princess of R&B didn’t seem too concerned with accuracy anyway. Why not just start making stuff up to make the movie more interesting? Why not add a dinosaur to it, or maybe have Aaliyah give a radio interview and then have a bear with chainsaws for arms bust through the door or something. I’ll tell you what: There’s your next movie, Lifetime: Chainsaw Bear. The story of a bear who’s fed up with humans chopping down the trees in his forest, so now he’s chopping down humans in the city.1

When to Press Play: Aaliyah Tells Her Record Company That She Wants Timbaland and Missy Elliott, Then Unknown Producers, to Produce Her Album

When to Press Play: Timbaland and Missy Elliott Appear

The Timbaland character was bad, but the Missy Elliott character was the most offensive of all. It was like they just looked around, saw a black woman, then said, “Hey, hi. Um, excuse me. Would you like to play Missy Elliott in a movie? … What’s that now? You don’t look anything like her? And you don’t sound like her either? Don’t worry about that. Here, just put on this dusty old wig we found in a Dumpster in the back of the lot, then put on this baseball cap, then this track suit. There you go. You’re Missy Elliott. Congrats.”

Timbaland lambasted the movie on Instagram and Twitter, and that made sense. The only response that Missy gave was to offer prayers to Aaliyah’s brother and mother for them having lost Aaliyah and also her father, and that also made sense because Missy Elliott is a perfect beam of light.

Aaliyah, “One in a Million”

When to Press Play: Literally Anytime — What an Amazing Song

When to Press Play: The End, When They Show Some Title Cards or Something Saying That Aaliyah Died in a Plane Crash

Because it’s the song they’d finished filming the video for when she died.

Please do biopics for every rapper and musician. Thank you.