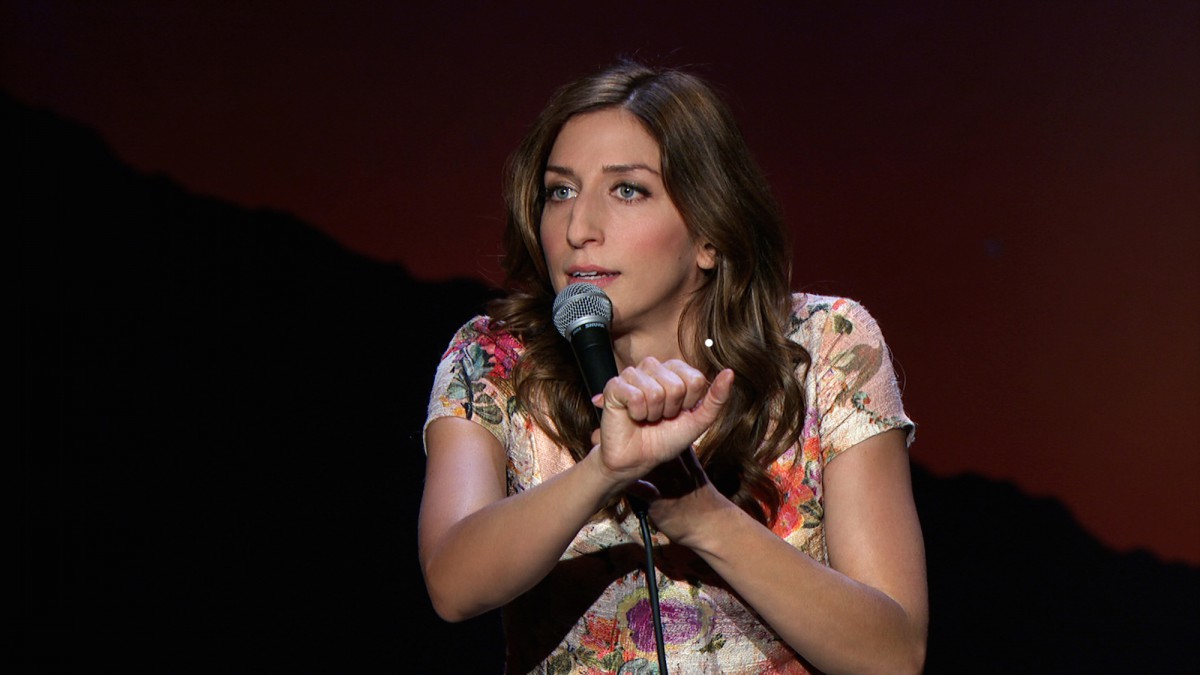 Stand-up comedy specials are more than a century old. In 1898, Comedian Cal Stewart’s topical riffs (“what’s the deal with the Spanish-American War?”), songs, and humorous stories were recorded for posterity for Thomas Edison’s record label Edison Records. Stewart’s “Uncle Josh Weathersby” character proved so popular that he ended up cutting comedy records for the rest of his life. Comedy has been a profitable investment for every media format since, colonizing early radio and invading television. Each new wave pushed the culture — and the format itself — in a new way. Lenny Bruce was the comedian as jazz musician. Comics like Richard Pryor and George Carlin made comedians into rock stars, paving the way for Chris Rock, and Eddie Murphy, who really was a comedian rock star.

Comedian Chelsea Peretti references Murphy’s landmark specials Raw and Delirious directly at the start of her new Netflix special, One of the Greats, when she comes out wearing Murphy’s ridiculous leather jumpsuit. Peretti’s magnetic swagger makes the jokey hubris of that gesture, and her special’s title, justified. She is kidding, only she’s also not kidding at all. In fact, she’s quite serious about placing herself in line with honest-to-god legends. “I feel like women are frequently seen as guests in the comedy world — you know, a kid sister of the ‘real comedians.’ I like the idea of positioning myself as legendary rather than trying to fit in,” she says. “Now, do I see myself like that every day? No, but I think it’s a funny attitude and maybe on some weird, spiritual level, maybe it’s a good attitude.” Kidding or not, the attitude works. One of the Greats is an instant classic, destined to be watched, rewatched, and memorized by Chelsea superfans, fans who are not too far off from the ones who Peretti’s special fictitiously depicts.1

Peretti delivers her jokes in a stream of non sequiturs that build and cross-reference. She repeatedly imitates a California surfer voice when voicing the concerns of an imaginary bro, which gets funnier each time she perfectly imitates the tiny-mouthed laughs of said dudes. Her material veers from relatable minutiae into the dark and grotesque. Peretti is blunt and hilarious about gender politics, deflating the frustration that comes with being labeled a “female” anything. She slides incisive commentary inside of jokes that get gut laughs. She has a way with phrasing that renders her punch lines instantly repeatable. While she talks a lot about her insecurities, she commands the audience with a laid-back charisma and easy confidence that make her jokes feel spontaneous, even though you know they’ve been honed over the course of years.

One of the Greats is a great traditional stand-up special, but it’s also a deeply weird comment on the conventions of form, which have crystallized over the decades. Performing on her home turf, in the Bay Area, she keeps it weird by replacing some of the traditional audience cutaways with absurdist shots: dogs sitting in the audience, fans getting dragged away, two scarecrow dolls on a hot date. Sometimes during the special, Chelsea hallucinates; she sees herself in clown makeup dancing on the side of the stage, and a picture of her childhood self speaks to her from a seat in the crowd. These touches add to rather than defuse the electricity of the regular stand-up stuff. Despite the meta-ness of the special, Peretti is not doing awkward anti-comedy.

Other stand-up specials have toyed with breaking the laws of the stand-up special. Chris Rock’s 2008 special Kill the Messenger edited footage together from three separate performances and transformed Rock’s habit of repeating punch lines into a fugue. Maria Bamford’s 2012 The Special Special Special!, released online, had Bamford performing for an audience of two: her parents, at her own house. Peretti’s own take on the stand-up special is bonkers from the get-go, and fully lives up to its Netflix description as “dark yet silly.” The absurdism creates an uncanny atmosphere that’s hard to pinpoint. It manipulates, subverts, and reframes the conventions of stand-up specials in the way that “Too Many Cooks” did with sitcom intro sequences.

One of the Greats is not just a television stand-up special released on the web; it is a uniquely Internet stand-up special. It invokes the comforting traditionalist conventions of the hour-long specials that re-air endlessly on HBO and Comedy Central in the twilight hours, but it has a web-comedy sensibility that encourages deconstruction and remixing. The continued use of audience plants as gags is subtle, not overdone, so it never gets tired. The surrealist touches add to the nostalgic late-night cable feeling you get when you watch something as you dip in and out of consciousness, unsure you saw an image flash onscreen. It also speaks to the way people watch these specials — at home, in bed, snuggled up and ready to get vulnerable.

The Internet is increasingly the venue of choice for (so-called) alternative comedians. Louis C.K.’s downloadable specials and self-distribution model have challenged the old guard of Comedy Central and HBO. But Netflix has been making a bid to get into the game as part of their larger efforts to displace cable networks as the leading outlet for cutting-edge media. Starting with Bill Burr’s You People Are All the Same in 2012, they’ve been quietly producing exclusive stand-up specials that premiere on the Netflix site. Since then, they’ve put out specials for comedians like Brian Posehn, Marc Maron, and Aziz Ansari.

Chelsea Peretti is not the first female comedian to premiere a special on Netflix — she was beaten by about a month by Chelsea Handler’s Uganda Be Kidding Me (re: that title, you have fucking got to be kidding me, Chelsea Handler). But Peretti’s special is by far the most experimental Netflix original special to date, and also the funniest. It’s the first Netflix original stand-up special that truly is one of the greats.