On the Hour: Tig Notaro, Jim Norton, Chris D’Elia, and the State of the Stand-up Comedy Special 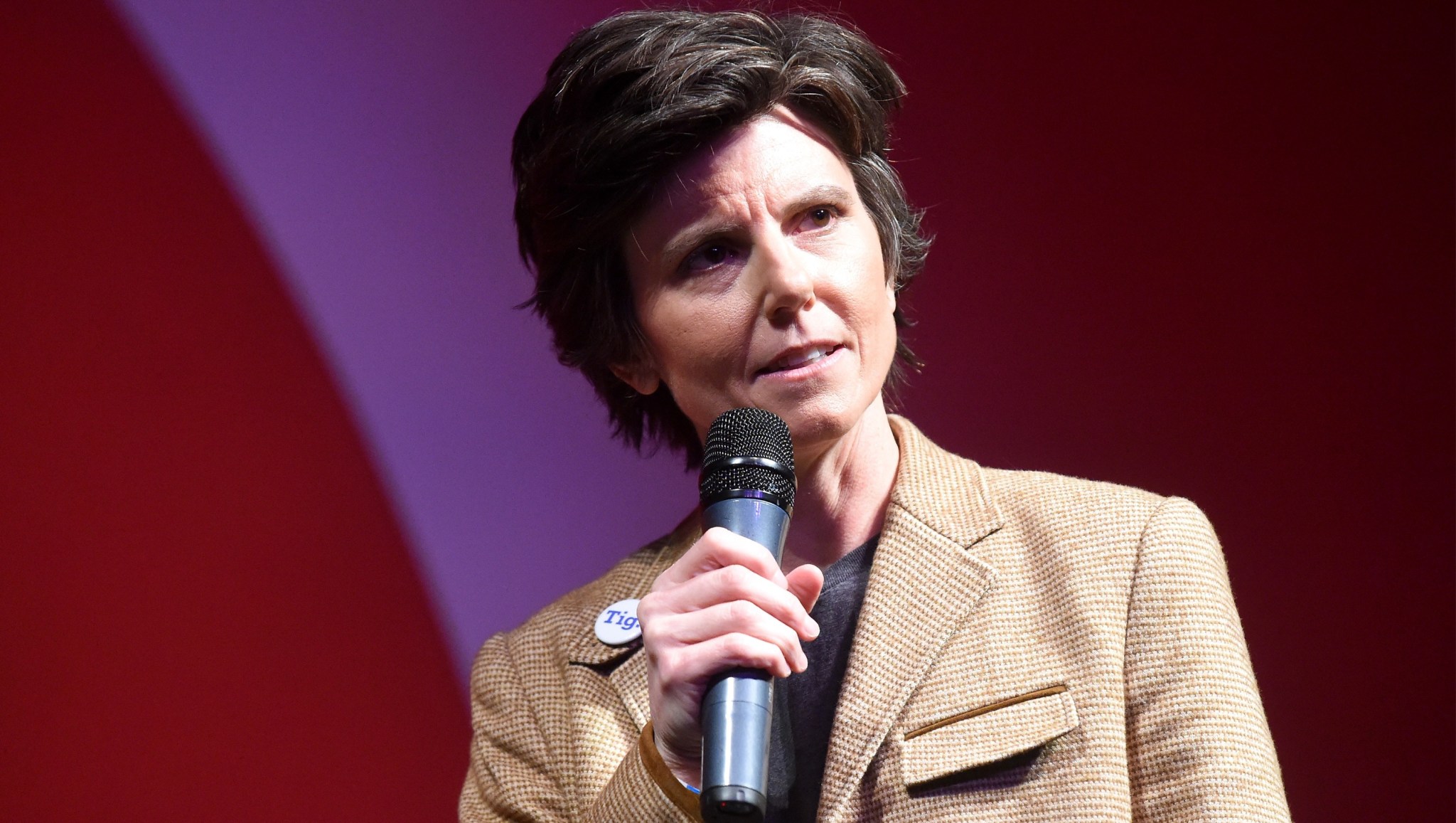 A stand-up special has long been a sign of arrival in the comedy scene, informally marking someone as a “comic of note.” Whether an audio-only album or a taped performance for TV or cinemas, the “hour” has been the foundation of many successful stand-up careers. With the rise of alternative forms of production and distribution online, a comedian can now just as easily use a series of six-second Vines or a 180-minute podcast as a calling card. But instead of turning their backs on the special, comedians are adapting this old-fashioned format to showcase their particular aesthetics.

“There are gonna be more companies that can do more for comics without needing for them to tailor their stuff into a TV-clean box,” said Dominic Del Bene, director of Rooftop Comedy Productions. “Things are already getting wonky as is,” he added, citing Chelsea Peretti’s creatively filmed special One of the Greats, which featured absurd cutaways throughout and premiered to much acclaim in 2014.

Nowadays, the customizable stand-up special isn’t just for the famous or exceptionally weird. For nearly a decade, Rooftop has been the record label where many comedians put out their first album, in the hopes of moving on to bigger studios. Now the label is moving into producing for bigger names — a special from Brian Posehn is on the way — with the understanding that comedians will continue to want flexibility in their specials even as they get more successful. “They’ve got great ideas and new ideas and unique ideas,” Del Bene said. “There are a thousand different ways that these things can get spun, and there is no point in trying to reduce that number to one thing. There’s no way you could.”

Comedy specials have always evolved, mirroring the live scene while also reacting to — and often rejecting — the trends that came before it. The industry was once mostly Abbott & Costello–style radio sketches and musical comedy, styles that were brought into the modern era by the improv-trained Nichols and May and the satirical songwriter Tom Lehrer. But the late 1950s brought a wave of comedians recording pure stand-up albums, from the brooding beatnik genius of Lenny Bruce to the chart-topping sensation of Bob Newhart. Newhart’s debut album, The Button-Down Mind of Bob Newhart, spent months at the top of the Billboard pop charts.1

The ’60s revolution brought sharp political comics like Mort Sahl and Dick Gregory; in the ’70s, the scene swung toward silliness, with the stunts of Andy Kaufman and the antics of Steve Martin, who rocketed to arena-level fame. Martin translated his goofy live persona to vinyl on 1978’s A Wild and Crazy Guy, performing the first (and much better) half at an intimate club and the second at an open-air amphitheater, where he yells crowd-pleasers and jokes about having sex with a cat. Only a few years later, Richard Pryor’s theatrically released Live on the Sunset Strip was ground-breakingly honest, laying the path for decades of comedians to bare the worst of themselves onstage. Eddie Murphy’s two seminal concert films, Raw and Delirious, were massive blockbusters that took Pryor’s style to the next level.

Elsewhere in the ’80s, as HBO and Showtime made TV specials more common, comics began playing with their options. Bookending a stand-up special with sketches is an enduring format; what Garry Shandling did on his 1984 special, Alone in Vegas, was new. The first 15 minutes were shot mockumentary-style, with Shandling attempting to convince his ex-girlfriend Patty to join him in Las Vegas, even if it means bringing her new boyfriend Dave. Those characters even found their way into the stand-up, creating a mini-universe of the narrative. The last decade has seen a rise in the number of experimental styles. Sarah Silverman’s Jesus Is Magic blended sketches and music into variety-style spectacle; Zach Galifianakis’s Live at the Purple Onion is as much about the taping of a stand-up special as a special itself. Kristen Schaal’s Live at the Fillmore featured her carefully planned breakdown, while Maria Bamford’s The Special Special Special was taped in her own house with her parents as audience members.

Three specials hitting screens this month pull from all the numerous eras and styles of the genre: Knock Knock, It’s Tig Notaro on Showtime, Jim Norton: Contextually Inadequate on Epix, and Chris D’Elia: Incorrigible on Netflix.

Knock Knock isn’t a pure stand-up special at all; the documentary follows Notaro and Jon Dore as they perform at people’s houses around the country. In total, there’s less than 20 minutes of stand-up, not unlike the hybrid style of the Shandling special. But it’s also the perfect encapsulation of Notaro’s one-of-a-kind brand of joyful nonsense.

In some ways, the special, which aired Friday, serves as a follow-up to her iconic album Live, which she recorded in 2012 after a four-month period she concisely describes as “pneumonia, then C. diff, then my mother died, then I went through the breakup, then I was diagnosed with cancer.” That album, in part, is her therapeutically working through an overpoweringly terrible time in her life, but she blends in traditional stand-up elements for something unforgettable. In Knock Knock, she almost reverses it, doing bits for nearly no one with the same intensity as if she were performing for a real audience, while onstage she wanders and chats and digresses with a Zen-like calmness. At one point, she performs in front of a cornfield, illuminated by the lights of a tractor.

Jim Norton’s new hour, which premieres this Friday, is more traditional but still deeply specific. Norton is known as a skuzzy New York stand-up who would argue that political correctness is a scourge on society; he was never destined for mainstream superstardom. But he is exceptionally good at what he does, and he’s more intelligent than his shock jock image may imply. He begins the hour with a solid chunk on the Bill Cosby scandal, hitting hard and playing with fire while smartly staying on the side of the righteous. “If we fuck, I’d like you to be awake through it,” he offers. “And if you do fall asleep, I want it to be out of boredom like all the other ones.”

Part of what makes his special so interesting is its topicality. After Cosby, he talks about Joan Rivers’s death and devotes a lot of time to the Anthony Cumia scandal that upended Norton’s satellite radio gig. In another generation, such incredibly timely material — even the Cumia stuff is starting to age, though it happened less than a year ago — wouldn’t be deemed lasting enough to be recorded. But unlike in the past, when a comic at his level may have had limited chances to produce specials, Norton can be confident that in a year or two, someone — be it Epix, Netflix, YouTube, or a content provider yet to be created — will want to put out a special from him. His hour doesn’t have to be an enduring masterpiece; it can just be what’s on his mind right now.

Then there’s Chris D’Elia’s new hour, currently streaming on Netflix. D’Elia has gathered a following from network sitcom roles in Whitney and Undateable, and if this special is anything to go by, his fans seem happy with a stream of material that is balanced evenly between bland and infuriating. Most of his jokes are dimly amusing concepts that never sharpen into actual material, a fault he masks with lots of shouting, swearing, and unnecessarily long act-outs. His insights can certainly be sexist and a bit elitist, but it’s more the shallowness (actual quote: “Dude, orgasms are so dope”) that makes it a painful watch.

Yet for all of that, he’s making a Chris D’Elia special in a Chris D’Elia way. “I’m never stressed out,” he says at one point (after a section about how women need to “relax”). “I just don’t care.” If Notaro’s aesthetic is arch whimsy and Norton’s is workmanlike proficiency, D’Elia’s is not giving a fuck. He performs in monotone blue, in front of a gray/blue background filled with stage equipment. The special (which was directed by his dad, Bill D’Elia) begins with him walking off a tour bus and immediately onstage without speaking to anyone; it ends with him walking off and back onto the bus. It’s that laissez-faire attitude that permeates the entire hour. Stand-up specials should, above all, reflect the comic’s persona. Like it or not — and I really did not — D’Elia’s special fits him perfectly.

Elise Czajkowski (@EliseCz) is a freelance comedy journalist in New York City. Formerly an editor at Splitsider, she currently writes the comedy listings for the New York Times and has written for the Guardian, Time Out New York, and Vulture.

Ask the Maester: Prince Doran, Dorne, Braavos, Legitimizing Bastards, and Much, Much More

'Fuller House' Is Officially Coming, So Brace Yourself for These Other Inevitable Reboots