‘Fuller House’ Is Officially Coming, So Brace Yourself for These Other Inevitable Reboots 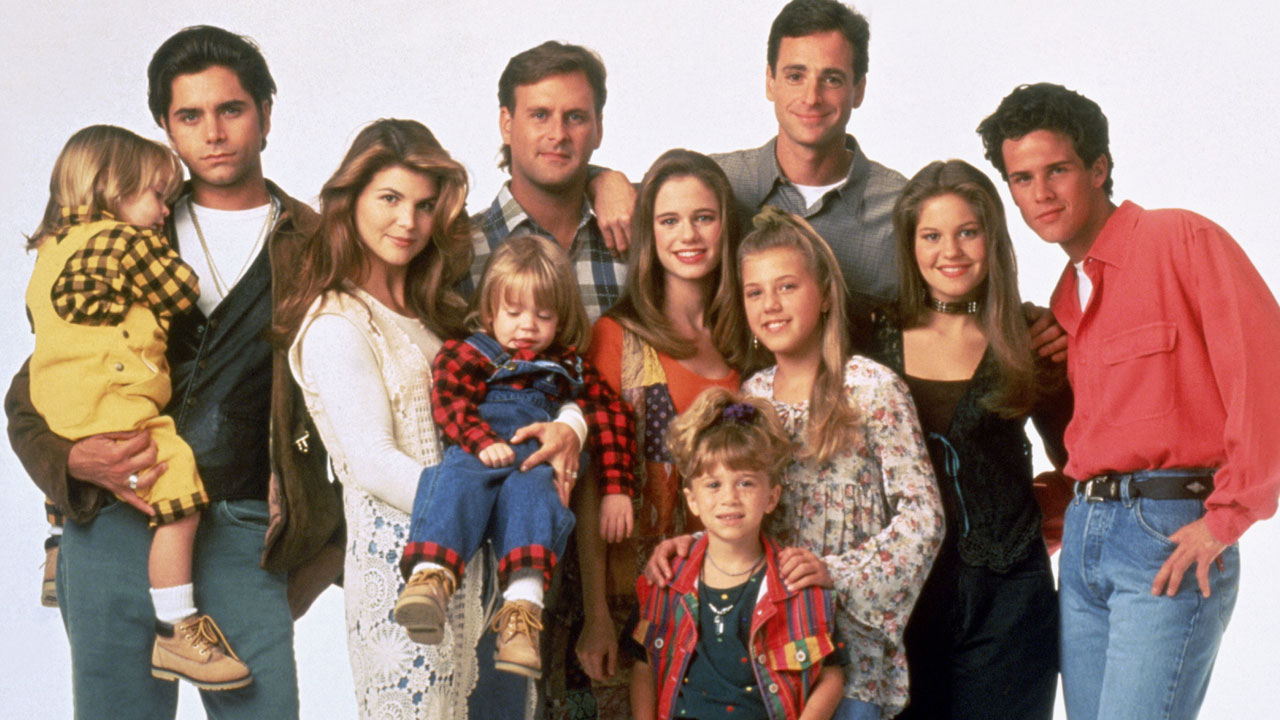 Back in the 1980s and 1990s and 2000s — before the world of reboots — there were simply things called “television shows.” These fossils were creations, based on nothing that previously existed, that were put on the air and loved by viewers. People laughed, people cried — people watched.

Those days no longer exist. Bye-bye, those days. Because this is how we live in 2015.

Adolescent Cory Matthews and his best friend Shawn, and Cory’s girlfriend Topanga attempt to survive the trials of high school, along with the help of the [sic] George Feeny, the high-school principal and Cory’s next-door neighbor.

Cory and Topanga Matthews are married and have two children. Their daughter, Riley, faces life lessons through her family, friends, and school — where her father is her history teacher — as her parents did when they were younger.

The formula is easy. You just take something from the old show, fast-forward as many years as you need, and then, BOOM, you have a show and can do whatever you want. It’s genius, mainly because it doesn’t have to make any sense.

As we learned last night from John Stamos on Jimmy Kimmel Live!, this trend shows no signs of slowing down.

The news of a Full House reboot has been in the air for weeks now. But now that Stamos has dropped the bomb, we know what it will be called.

The premise of Fuller House:

It’s so easy. It’s like applying the principles of an anagram to television creation. Just switch around a few things and voilà, new television. So of course this will happen to more of our favorite shows from the pre-reboot era of television.

Nicholas Andrew Michael Shawn Nathan Wanyá Banks, a.k.a. Nicky Banks, the son of Vivian and the late Philip Banks, is now 22. After a year at Harvard Law, following four years at Yale, he drops out and decides to head back to California. With his mother (Aunt Viv Three, played by Laverne Cox) furious that he’s abandoned his academic pursuits, he stays with the only person that will take him in — for who he is — his older cousin Will (Will Smith). The forcibly straight-edged Nicky moves in, sharing a house with single-dad Will and his two children, Willow (Willow Smith) and Jaden (Jaden Smith). Siblings Ashley, Hilary, and Carlton all worry that living with Will and his free-spirited children could have irreversible effects on Nicky’s elite future. And it does, as Nicky begins to go by Yung Niché, starts putting rap songs on Soundcloud, and embeds himself with an arts collective, all while attempting to hide the fact that he grew up with a butler in a mansion in Bel Air.

Family Still Matters (Netflix)
Seventeen years after the original series’ 1998 finale, we pick up with the Winslow clan as Steve Urkel (Jaleel White), claiming that he’s going through a rough patch in his personal affairs, moves in with the family. Bighearted patriarch Carl (Reginald VelJohnson) encourages the aimless Urkel to turn around his life — he’s recently lost his job — by joining the police force. But even as Steve shows promise as a cadet under his surrogate father’s tutelage, Carl doesn’t realize that his charge has been living a double life, and that alter ego Stefan is a crazed vigilante meting out incredibly violent justice on the streets of Chicago, setting up an epic confrontation when the truth is revealed at the end of the season. Oh, yeah: All of the other Winslow kids still live at home, too, each harboring their own suspicions about Steve’s nighttime activities, which he always dismisses with a classic “Do I do that?” and a growled threat of bodily harm.

Fifteen years have gone by, and now the Landry twins (Tia and Tamera Mowry) have both left their husbands. As expected, they got divorced on the same day, at the same time, in the same restaurant. Depressed, but eager to get back out there, they begin going to bars — separately — looking for a second shot at love. On the same day, each meets someone and can’t wait to tell the other, and meet the other’s mate. So they arrange a double date. On this double date, they discover what they never could have expected: Their new suitors are TWINS (played by Rondé and Tiki Barber). And to make it crazier, EACH MAN IS A SINGLE DAD. WITH TWINS. GIRL TWINS. AND THEY ALL LIVE IN THE SAME HOUSE, A HOUSE INTO WHICH TIA AND TAMERA WILL SOON MOVE.

Sabrina the Middle-Aged Former Witch (Hulu)
Following the recent deaths of 600-year-old witch-aunts Hilda and Zelda (Caroline Rhea and Beth Broderick), Salem the Cat (remixed sound bites from original voice Nick Bakay) returns to the home of Sabrina Spellman (Melissa Joan Hart) on the eve of her 40th-birthday party. The enchanted feline discovers that his old friend has given up witching as she’s settled into a more normal, suburban life with soul mate Harvey (Nate Richert); their three non-magical cats, Hecate, Griselda, and Bob; and basement apartment tenant/secret Satanist Roxie (Soleil Moon Frye). Each week, Salem tempts Sabrina to cast a spell to fix a problem. And each week, Sabrina refuses, forcing Salem to enlist Roxie’s occult assistance in his antics.

Tool Time hosts Tim Taylor (Tim Allen) and Al Borland (Richard Karn) are dead, from a terrible accident involving tools. Determined to continue the legacy of his father, middle child Randy (Jonathan Taylor Thomas) reboots Tool Time — yes, this is a reboot within a reboot — as a podcast with the same name, but about tech gadgets. Internet tools. Hardware and software. You want to know about Chromecast? Listen to Tool Time. The show, Car Talk for Generation Q, becomes a hit, ultimately finding its way onto the Grantland podcast network, regularly recording on Mondays after Andy Greenwald’s weekly TV podcast about Sabrina the Middle-Aged Former Witch.

On the Hour: Tig Notaro, Jim Norton, Chris D’Elia, and the State of the Stand-up Comedy Special

Clickbait: The Many Open Windows of ‘Unfriended’