Thank You and Good Night: The Final ‘Late Show With David Letterman’ 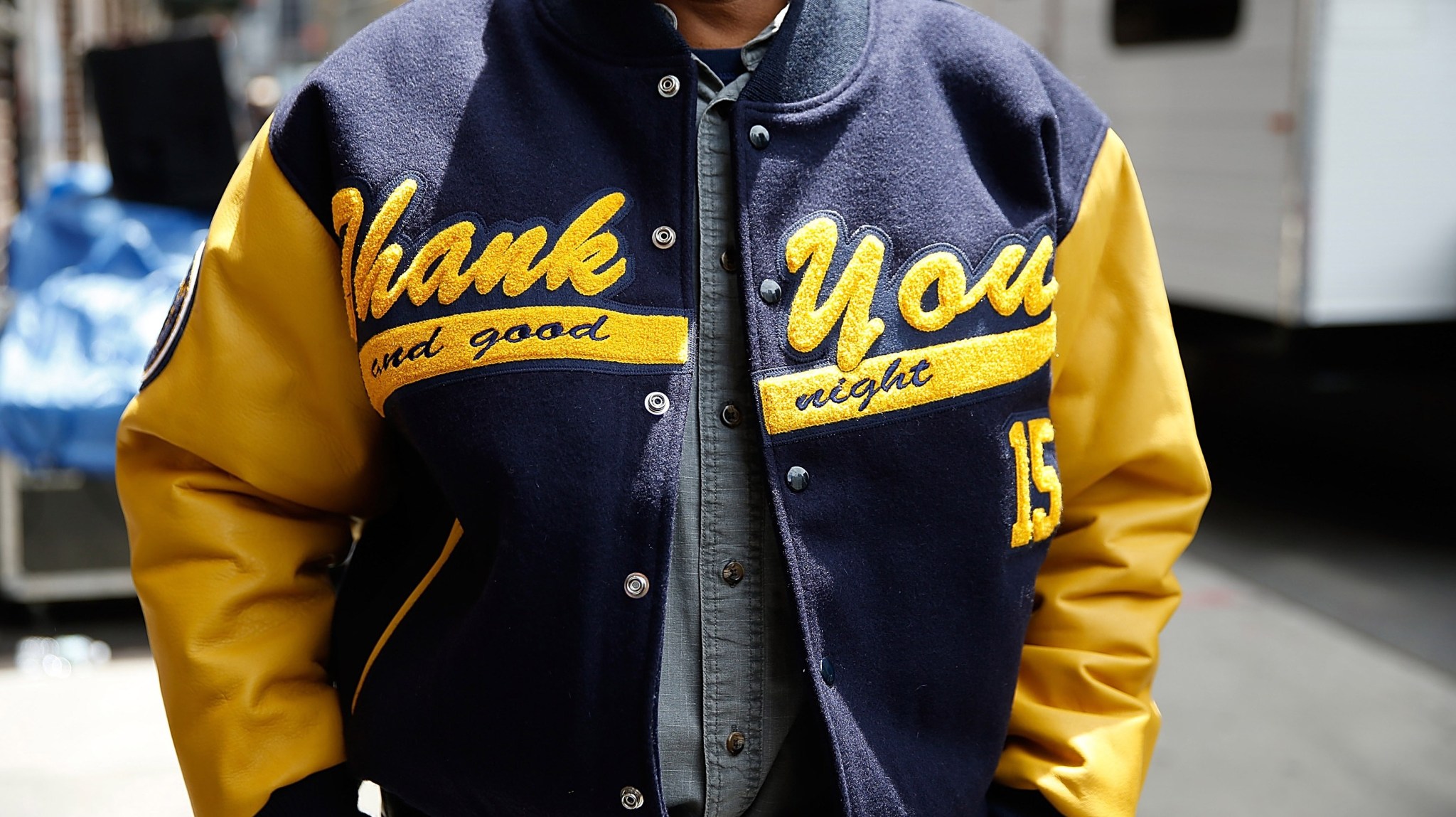 “When I screw up now, and Lord knows I’ll be screwing up, I have to go on somebody else’s show to apologize.” David Letterman did not ignore the opportunity to be self-deprecating. On a night when the zeitgeist cast its shifty, cynical eye on his iconic television program, he saved his best shots for himself. “Our long national nightmare is over,” exclaimed a cavalcade of presidents — from George H.W. Bush to Barack H. Obama. We laugh because it might have been a nightmare to produce a show like this for the ones lucky (or unlucky) enough to work backstage, but for those of us with our rear ends safely affixed to our couches, it was nothing short of a dream.

We’ve all spent the last few weeks falling all over ourselves to tell this man how great he is, and yet he persists in telling us we’re all out of our minds. The story of Late Night and The Late Show is fraught with creative struggles, controversy, and trauma, but we want it to feel clean. We need it to be cheerful. In the face of an outpouring of nostalgia, adoration, and blatant hero worship, Dave reminded us of his failures, claimed most of the over 6,000 shows he’d done “just absolutely sucked,” and packed his final “Top Ten” list with jokes at his own expense. It might not have been the show we expected, but it was the only show David Letterman could have done.

The folksy Midwestern humility of the man wouldn’t allow for anything as hagiographic as Bette Midler singing a torch song in front of millions of viewers. The show had more in common with the farewell tour of Kareem Abdul-Jabbar. The Lakers shoved Kareem, their captain and championship talisman, into an oversize rocking chair — a comic, visual reminder that the clock was ticking and it was time to shuffle off the stage before the youngsters scarfed you down like a rubbery surf-and-turf at Sizzler. 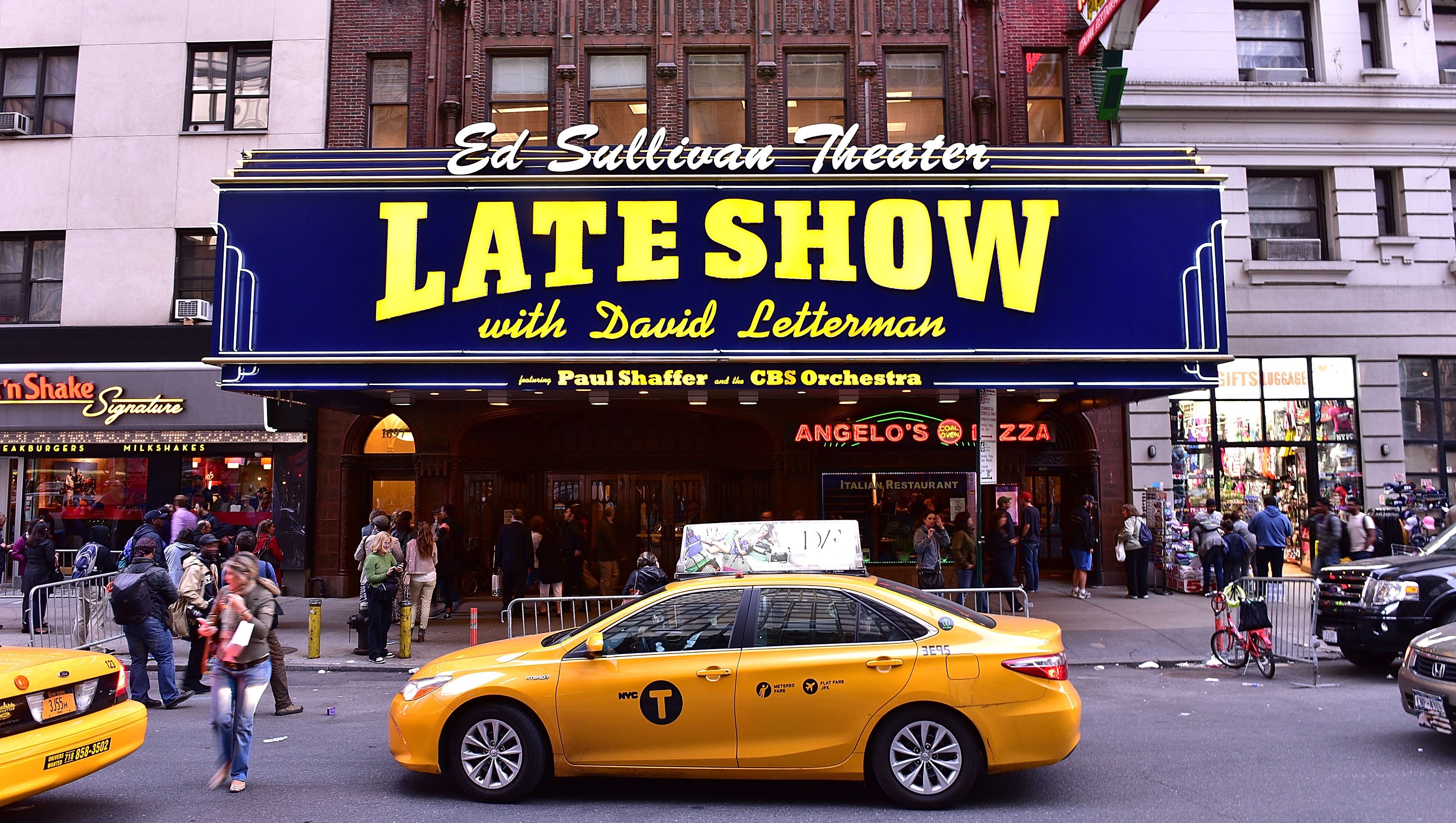 Leading your last show with a gag about how you’re too damn old to read your cue cards is a marvelous way to hammer home that same point. But when was Dave not the first one to make the seemingly obvious joke? That was always part of his charm. He was smarter than us, but he was still gracious enough to let us into his club by not talking down to us. If something stunk, we’d know straight from the man himself. So, when he knew he wasn’t able to keep up with Jimmy and Jimmy, he took his leave. One last time, Dave was ahead of the curve.

In this final show, when he wasn’t poking holes in the narrative we’ve all built for him, Dave called back to the 33 years he’s spent on our airwaves with old clips and curtain calls for classic guests like Bill Murray, Julia Louis-Dreyfus, Steve Martin, Tina Fey, Chris Rock, and Jerry Seinfeld. Thirty-three is quite a number. In a 1991 guest appearance on The Tonight Show Starring Johnny Carson, Johnny asked Dave if he saw himself doing his show for 20 years. In that moment, Dave had been doing Late Night for a decade and had just lost The Tonight Show to his good friend and fellow Comedy Store alum Jay Leno. One would assume he’d happily smile and nod in the affirmative. Of course he’d want 20 years of job security. He’d want even more than that, after all he’d been through.

But he did it anyway. Through national tragedies, health scares, personal controversies, and ratings struggles, he endured. Comedy would have suffered if he hadn’t stuck around; Letterman’s show was a proving ground for respected minds like George Meyer, Chris Elliott, Tom Gammill, Max Pross, Steve O’Donnell, Merrill Markoe, Nell Scovell, and Louis C.K. It’s easy to forget that this wasn’t just a talk show like we think of them today.

There was more to Late Night than a monologue, some celebrities hocking a new project, and a tepid musical guest. When we think of Fallon or Corden, we think of a hit parade of A-listers aiming to go viral with a high-concept sketch. It’s calculated and efficient. It also works like a charm. Late Night was not that, because to get to lip-sync battles and Russian roulette with eggs, we needed Dave to arrive first and throw things off a roof.

Even Dave had his limits. He said no all the time. The writers craved his approval. Get to the edge, but don’t go over. Eventually, they had to take a step back from the ledge. The switch to CBS at 11:35 necessitated a more controlled, conventional program. “Top Ten,” “the CBS Mailbag,” “Hello Deli,” Calvert DeForest, “Stupid Pet Tricks,” and every other repeatable segment turned a subversive program into a mainstream success. Predictability became more important than circumvention. In that way, the show evolved into something like a well-worn pair of Adidas; better to keep throwing on the old faithful than waste a bunch of time working in new shoes. That could be why Dave didn’t expend much energy eulogizing his show last night. It got stale. He got comfortable. Where his peers might have wept over the end of their reigns, Dave chuckled over the fact that no one got wise enough to give him the hook sooner.

You’re supposed to cry, after all. That’s what Jay did (twice). That’s what Conan did (to be fair, he had a good reason). Endings matter more than ever in television. I’ve tried to figure out why, but the best I can come up with is that we all just like a tidy wrap-up. We need a clean narrative. We think that final acts demand sentiment, just like they do in real life. Fans are still rankled by the urban cynicism of the Seinfeld finale and the ambiguity of The Sopranos‘s. We cry at funerals, so why not eulogize the people in our TV? Can’t I mourn the cast of How I Met Your Mother?1 Why not weep for the giants who strode across our HDTVs for so many years?

Because they don’t always want us to cry.

After Carson retired and Leno passed him in the ratings, Dave didn’t quit. Open heart surgery didn’t push him out. He left on his own terms. The last few minutes of his run on network TV were punctuated by “Everlong” by Foo Fighters — a song Dave says helped him get through his medical recovery. He asked for them to come on the show way back when he was fighting for his life and he got them. He got them last night too.

Over that song was a montage of just about every memorable moment from 33 years of Dave’s tenure in late night: Andy Kaufman, Jerry Lawler, Fran Lebowitz, Oprah, Julia Child, Drew Barrymore, and even Andy Kindler.2 Letterman’s name might have been on the marquee, but in his final moments on air, he took time to tip his hat to the multitude of talented individuals who aided his trip up the show business ladder. The modesty was almost anachronistic, but it’s Letterman through and through.

And nobody cried. Dave wasn’t really much for tears.

Hooray for Mollywood: With ‘We Are Your Friends,’ Is EDM Ready for Its Close-up?