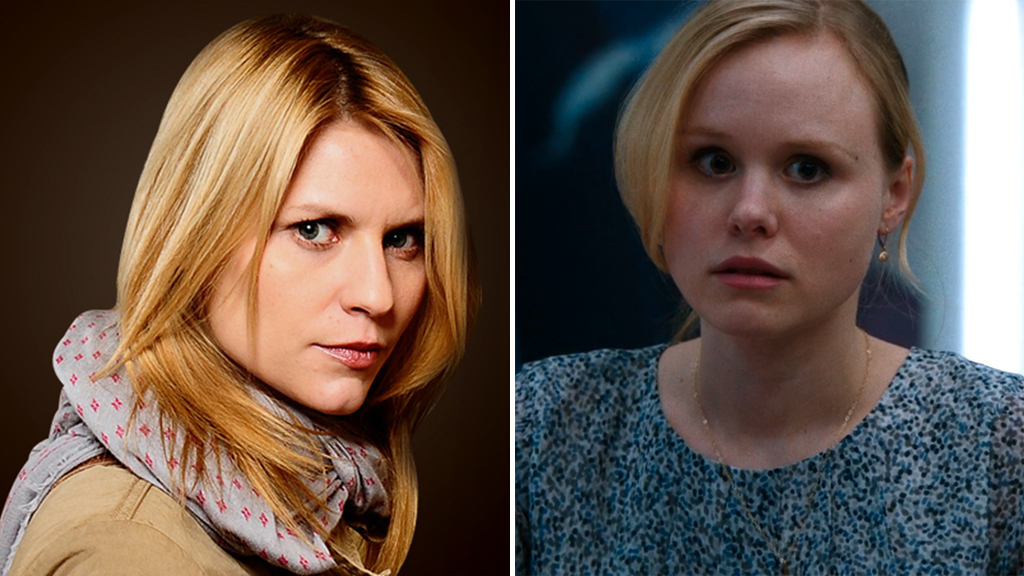 The end of last night’s Homeland found one of the least-coherent series on TV venturing in vaguely realistic territory. After Carrie successfully exchanges Saul for a number of prisoners, their car is attacked with an RPG while the Taliban invades the Pakistani Embassy, echoing both the 1970s Iranian hostage crisis and the events of Benghazi. Such chaos in the national security apparatus practically demands a rigorous, idealistic Fourth Estate, a press ready to report on a possible serious blow to the United States and its implications for the informed American citizen. A series event like this needs an equally serious media organization. This is something that could be handled only by the crack team at News Night With Will McAvoy.

The best coverage of real-world events doesn’t come from the “lamestream media” anymore. The only people qualified to report on Carrie Mathison’s exploits are Aaron Sorkin’s intrepid reporters. After all, they made their bones explaining how “real” journalists should cover the biggest stories of the last few years. Given that Carrie’s CIA is venturing into borderline realistic (but still deeply exaggerated) territory, those of us who write for a living are practically duty bound to ask: How would ACN and the News Night team cover this season of Homeland?

News Night receives a mysterious tip about the hostage crisis from an unidentified source (who sounds suspiciously like Mad Men’s Duck Phillips), prompting Will to go on TV and deliver a monologue/lecture to his viewers, covering, among other things, America’s stated policy not to negotiate with terrorists, Walter Cronkite’s coverage of the JFK assassination, a discussion of what the moon landing meant to America, and an impromptu tribute to Ben Bradlee. Will is eventually informed by a skeleton crew of producers that there are exactly five people watching the broadcast.

One of those viewers happens to be an active member of 8chan, who enlists his message board community to get to the bottom of the story. Unfortunately, Charlie is in Tehran questioning Javadi — one of his sources (whom the CIA has forgotten about entirely) — and growing out his beard. He is mistaken for Saul and kidnapped by Redditors, who attempt to sell him to the Taliban (they don’t want him) in exchange for a magic Bloomberg terminal. After several days of captivity, Charlie begins to Scotch detox, sending him spiraling into a hangover 30 years in the making.

Drawing on her experience as a war correspondent (remember? That was totally a thing she did), Mac follows a hunch that the anonymous source is Dennis Boyd, the American ambassador’s husband. After correctly piecing together the entire plot of Homeland Season 4 (including Carrie almost drowning her baby), she is told by Will that her theory is far too specific to be plausible, and also that, as a woman, she needs to let him make the important news decisions. MacKenzie discovers the news of Charlie’s abduction. She laughs haughtily.

Left to her own devices, while Will and Mac fight over the First Amendment and whether to cooperate with the CIA on investigating Charlie’s whereabouts, Maggie goes rogue to do a human-interest story on Carrie’s history. Her research leads to the Brody household, where she’s unable to reach Dana (her commune at Vassar doesn’t use cell phones), but does manage to get an interview with an ecstatic Chris, who hasn’t spoken to another human being in two years. In the middle of a tactical breakdown of what Paul Pierce’s arrival has done for John Wall’s development, Jess comes outside and admonishes Chris to go back into the house. Chris and Maggie are both sad. Bon Iver plays.

Hallie writes a story for Pando on Charlie’s disappearance, blaming the stodgy corporate leadership of ACN. It somehow gets 3 billion clicks, netting Hallie a $5 million bonus. When Jim calls Hallie to mansplain about the great work he and Will are doing, she dumps him and buys herself a harem of male models. Her life is awesome.

In their attempt to save ACN from the evil Kat Dennings, and without Charlie to tell them right from wrong, Leona and Reese sell a controlling stake in the network to the military consulting firm that Saul was supposedly working for (and which has mostly used his capture as an excuse to raise money to build more drones). When Charlie is saved from Reddit by SEAL Team Six and finally returns to the newsroom, he discovers that all the production equipment at ACN has been stripped down and turned into drone parts.

Several days later, Neal, phoneless and on the lam, reads about the prisoner exchange in USA Today while eating breakfast at a Cracker Barrel in Louisiana.

Straight to Video: ‘Interstellar,’ ‘Foxcatcher,’ and ‘The Theory of Everything’