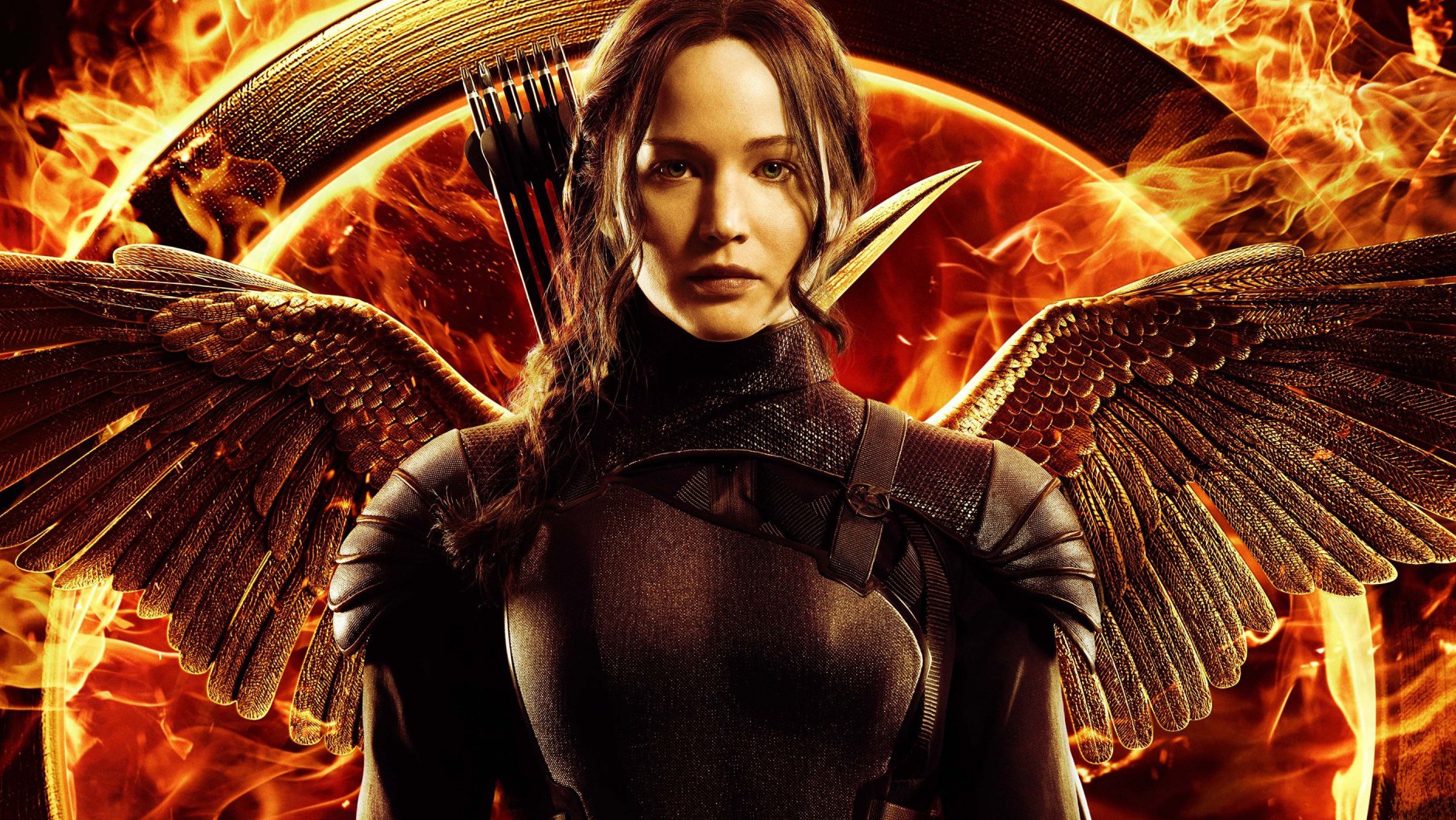 Let’s cut to the point. There’s only one movie you cared about this weekend, because there’s only one movie Hollywood dared to release. Every other studio fled like a pack of frightened house cats before Lionsgate’s nuclear-powered money vacuum The Hunger Games: Mockingjay — Part 1. The only way to avoid Katniss and her neo-Orwellian tween warrior pals was to be shot into space, orbit a black hole, and pray that time dilation would cause all 4,151 theaters playing Mockingjay to have collapsed into rubble on your return.

So, given that you could leave your home at any hour this weekend, drive less than two miles in any direction, and still arrive within minutes of the next showing of Mockingjay, how godless an amount of money did it make? Well, this weekend the top 10 films made only $185 million, compared to $215 million in 2013. Wait, what? I thought you said a new Hunger Games was opening this weekend. How is that mathematically possible? The thing is, there was only one real winner this weekend and one loser — and it was the exact same film.

First, let me preface what follows with the caveat that there are rational, nuanced, and thoughtful ways to examine Mockingjay’s haul. But first, let’s indulge in some totally hysterical but perversely fun fearmongering:

MY. GOD.  A HUNGER GAMES MOVIE MADE ONLY $123 MILLION!?!?! But there were previews, right? Like, it’s been playing since Tuesday at 12:01 or something? Wait, the $123 million includes $17 million of Thursday previews?! What about super-pricey IMAX tickets? There’s no IMAX either?! That’s it! One hundred twenty-three million measly, stinky, puny, mere-mortal-size dollars? The first two installments made $152 million and $158 million. That $35 million gap is more than the entire domestic gross of the last Paranormal Activity. We were all banking on at least $160 million. But this? Lionsgate’s stock tumbled a full 5 percent when Wall Street realized the end had come. I can’t even look at those returns. They make my eyes burn.

How is this possible? Katniss was Hollywood’s last great hope for 2014: a sequel, an obsessively followed book, and Jennifer Lawrence, the brightest new star in the multiplex firmament. That’s it, man. The jig is up. There’s no way 2014 can live up to 2013 now, even with The Hobbit still coming. The sky is falling! Abandon all hope! Desert the cineplexes! Turn them into urban farms so we can herd goats and grow fingerling potatoes to survive the new Dark Ages that will inevitably follow.

OK, breathe: Now for the boring, sane part. In case you’re confused, $123 million is a shit-ton of money by any measure. And here are some of those measures: That’s by far the biggest opening weekend of the year, well above the $100 million of Trans4mers: Also Pointlessly Subtitled; it’s the 15th-biggest domestic debut of all time; and Hunger Games is the first franchise in history to have its first three films open above $120 million. As for those disappointed high hopes, Forbes points out there’s really only one other franchise about which anyone would dare to dream so stratospherically: The Avengers. By the way, America isn’t the center of the universe anymore, and Mockingjay kicked ass internationally: It made $152 million overseas, 4 percent more than Catching Fire. So, in one weekend, Katniss has grossed $275 million, which is insane in its own right, and considering this demi-film cost only $125 million, it will make enough profit for its overlords no matter what.

There’s some perspective for you, and now the justifications for the shortfall. First, Christopher Nolan bogarted all the IMAX theaters for Interstellar, so Mockingjay didn’t benefit from premium pricing. Also, as the third Hunger Games film in three years, there might be some Katniss fatigue. Even Star Wars let the field lie fallow between sequels. And the reviews weren’t exactly ecstatic. By now, we understand too well the financial cynicism behind chopping the final book into two movies: Even less so than The Deathly Hallows and Breaking Dawn, Mockingjay doesn’t justify two whole movies. Yes, it wasn’t as bad as turning The Hobbit into a trilogy, but we get it by now, Hollywood: You want as much of our money as possible, even if that means adding one finger of water to every finger of whiskey. But you can’t argue with the economics: By shooting two films at once, Lionsgate saves money and gets two event films for the price of one. However much we gripe, we’ll still pay twice, and there’s no way one Mockingjay would be more profitable than two versions, however diluted.

If you must find a stormy lining to this silver cloud, that might be it: With the business of movies as brutal as it is, studios need to squeeze every last drop from their franchises. The industry is addicted to world-building series to the exclusion of all else, leaving a monoculture of event movies that eventually yield diminishing returns in the enthusiasm department. And when that fatigue starts extending to a Teflon franchise such as The Hunger Games, you might want to go check the canary to make sure everything’s kosher in your coal mine.

Fighting Over the Scraps: Everyone Else

Mockingjay didn’t leave much behind for anyone else, but for the record, Dumb and Dumber To dropped like a pair of cement boots — 62 percent to fourth place and $13.8 million. (On its budget, that’s actually nothing to worry about.) At $20 million, Big Hero 6 continued to hold well, outperforming Wreck-It Ralph and Tangled in their third weeks. Interstellar banked $15 million, another respectable, if not, er, stellar weekend. And at $2.8 million, Gone Girl continued to hold on to fifth place with its vengeful death grip, inching ever closer to becoming the 10th-best October film of all time.

Other Small Winners: A Raccoon, a Tree, and a Vampire

By the way, if Mockingjay doesn’t pick up the pace over the Thanksgiving holiday, there’s a chance it won’t pass the $331 million domestic gross of Guardians of the Galaxy, which means a comic book with an NRA-approved raccoon and his pet tree would be the source of your 2014 North American box office champion.

And Ana Lily Amirpour’s A Girl Walks Home at Night earned $13,000 per screen on two theaters in New York and L.A. Yes, that is minuscule compared to $123 million, but any black-and-white Iranian vampire-in-a-chador film that makes that much money purely through word of mouth deserves a win in my book.

The “There Were Films Besides Mockingjay?” Top Five