Weekend Box Office Winners & Losers: Hollywood’s Thanksgiving Leftovers Are Scarier Than Whatever Was in ‘The Pyramid’ 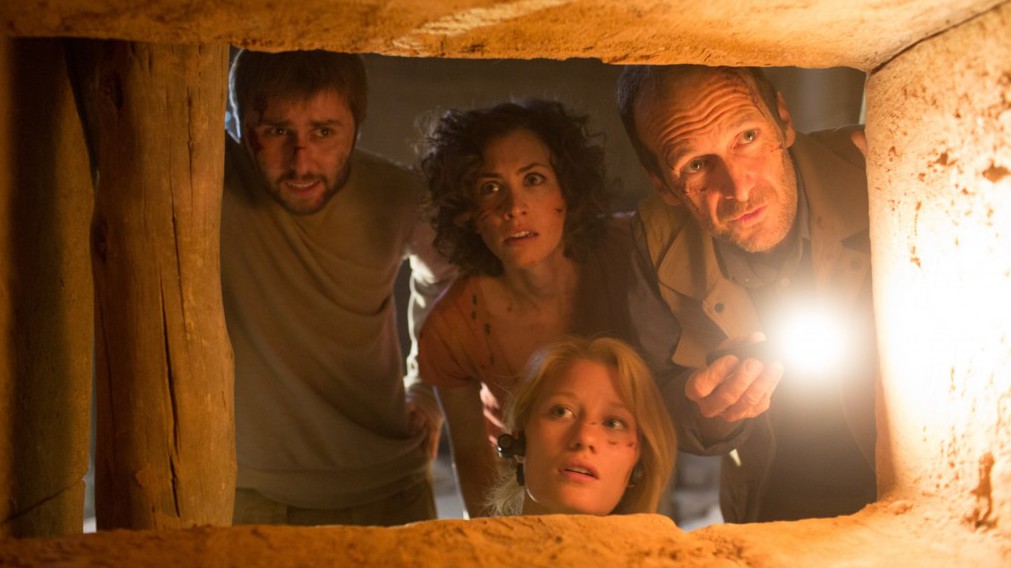 I love Thanksgiving leftovers as much as the next insomniac with the 2 a.m. power munchies. But unfortunately, in every holiday season there comes a time when you poke your head into the fridge, open that sad foil ball filled with a compote of shriveled stuffing, gnarly yams, and immortal cranberry sauce, and it winks at you. When you can peel your turkey like string cheese, it’s time to let go. Somebody needs to teach Hollywood that lesson (on multiple levels), because the major studios didn’t bother with a single new wide release this weekend and the box office got wasted like a 23-year-old assistant at the staff holiday party: At about $79 million, this marks Hollywood’s second-worst weekend of the year and the worst post-Thanksgiving weekend box office since 1998 — and that’s pre-inflation.

Now, the weekend after Turkey Day never really amazes; we’re simultaneously exhausted from Thanksgiving’s Dionysian orgy of caloric intake and overwhelmed by the prospect of a long, cruel December filled with family obligations and the overhanging dread of gift shopping we’ll put off till Christmas Eve anyway. But come on, studios, give us at least the pretense of a fight! Fox alone bothered to get in the game, releasing The Pyramid in 589 theaters: really, a pitiful effort by soulless global media corporation standards. Not surprisingly, the domestic box office got buried: Revenue is down more than 17 percent, and year-to-date grosses are running at $9.5 billion this year, compared with more than $10 billion in 2013. So, let’s sift through the sands of this desolate wasteland to see what, if anything, remains of the once vibrant civilization known as Movies.

Sorry, but when Hollywood can’t even be bothered to try, no gold stars for anyone. Seriously, who deserves a medal this weekend? The Hunger Games: Mockingjay – Part 1? No, Katniss, I’ve spilled enough ink defending your money against everyone’s not-so-secret disappointment. Yes, you “won” the domestic box office this weekend with $21.6 million dollars, but you dropped 62 percent. Sure, with $257.7 million, you’ll lap Captain America as the second-highest-grossing domestic film of 2014. But you were supposed to be the box office’s pride and joy; now some “Star-Lord” who’s rocking out on his Walkman comes and steals your thunder? Nope, no merit badge.

And don’t get me started on Penguins of Madagascar. In second place, it dropped 56 percent to take in $11.1 million — which is less than DreamWorks’ notorious disappointment Rise of the Guardians earned in its second weekend. Even outright bomb Turbo had made $56 million by now. Again, its comparatively modest budget doesn’t make Penguins an outright loser — as per usual, the international grosses are a lifesaver, and the movie should keep pulling in money over the holidays — but winner? I think not.

Yes, Big Hero 6 has hung in the top five in its fifth week of release, with $177.5 million total. But we’ll hold our applause until it passes Wreck-It Ralph, which it should.

It feels almost cruel to kick sand in the face of a film that’s already buried itself, but Fox’s found-footage horror film The Pyramid is an undeniable loser, with a $1.7 million opening weekend (and an 8 percent Tomato-meter.) I’m sure there’s a snark about rotten corpses in here somewhere, but I’d rather let sleeping mummies lie.

As Forbes woefully points out, it didn’t have to be this way. Warner Bros. released The Last Samurai on this same weekend in 2003 and it went on to earn $456 million worldwide. To boot, the rest of December is literally stuffed with biggie films like The Hobbit, Annie, Night at the Museum: Secret of the Tomb, and Exodus: Gods and Kings. You’d think at least one studio wouldn’t mind having a weekend all to itself. Unfortunately, in the harsh economic climate of the film industry today, no one dares to take a chance on getting burned. But if everyone plays it safe, the box office as a whole stumbles; don’t give us anything to watch and we’re more than fine staying home to play FarmVille. You know things are bad when Rentrak’s Paul Dergarabedian, whose job is essentially to whisper soothing words into Hollywood’s ears, gives quotes like “We need some help and we need it fast.” At this sad rate, Hollywood looks like it’ll lock in its 4 percent (domestic) pay cut for the year.

Lest the Ghost of Box Office Future pay me a visit tonight and smack me upside the head with an S-foil for all my Scrooginess, I should note that some films actually excited audiences enough to go out and see them this weekend. Unfortunately, they were mostly specialty releases and Oscar hopefuls playing in a handful of theaters.

Case in point: Wild — Jean-Marc Vallée’s follow-up to Dallas Buyers Club, with Reese Witherspoon taking an 1,100-mile walk around California’s block — earned $630,000 on 21 theaters for a ruddy $30,000 per-screen average. Since Witherspoon is currently dominating the sparse field of Best Actress candidates, this could be the first step on a long, profitable prestige trek. Speaking of Oscar locks, The Imitation Game expanded so well in its second weekend that it actually scored the best per-screen average of any film this week at $50,196 ($402,000 in eight theaters). It’s now grossed $1 million and joins the ranks of The Theory of Everything ($2.7 million more dollars this weekend; $13.6 million total) and Birdman ($1.2 million this weekend and $18.9 million total) as slow but constant-burning fires that will earn money all through awards season. Finally, Tommy Lee Jones’s The Homesman earned $501,450 in 154 theaters, bringing its domestic total to a respectable $1.1 million.

Excuse me if I close with a little rant. What’s so bizarre about this weekend is how self-defeating this all was. Bracketing one’s usual skepticism of Oscar-bait films, how can there be this many high-quality offerings out that apparently people actually want to see, and the closest to a new wide release we as audiences get is a turkey of a horror film on fewer than 600 screens? Was The Pyramid that much better of a bet than any of the current awards contenders? It grossed only $1.35 million — and it had a cleared playing field! Wild made almost half that on less than 7 percent of the screens. I’m not saying that blasting Foxcatcher wide to everyone’s smartphone is a good idea, but how is it not a sign of something broken in Hollywood’s mentality that only people living in New York and L.A. actually have decent options while the rest of the country is left to rummage the celluloid fridge for the equivalent of stale pumpkin pie? Or let me put it in terms a film exec can understand: How are you guys not leaving money on the table?