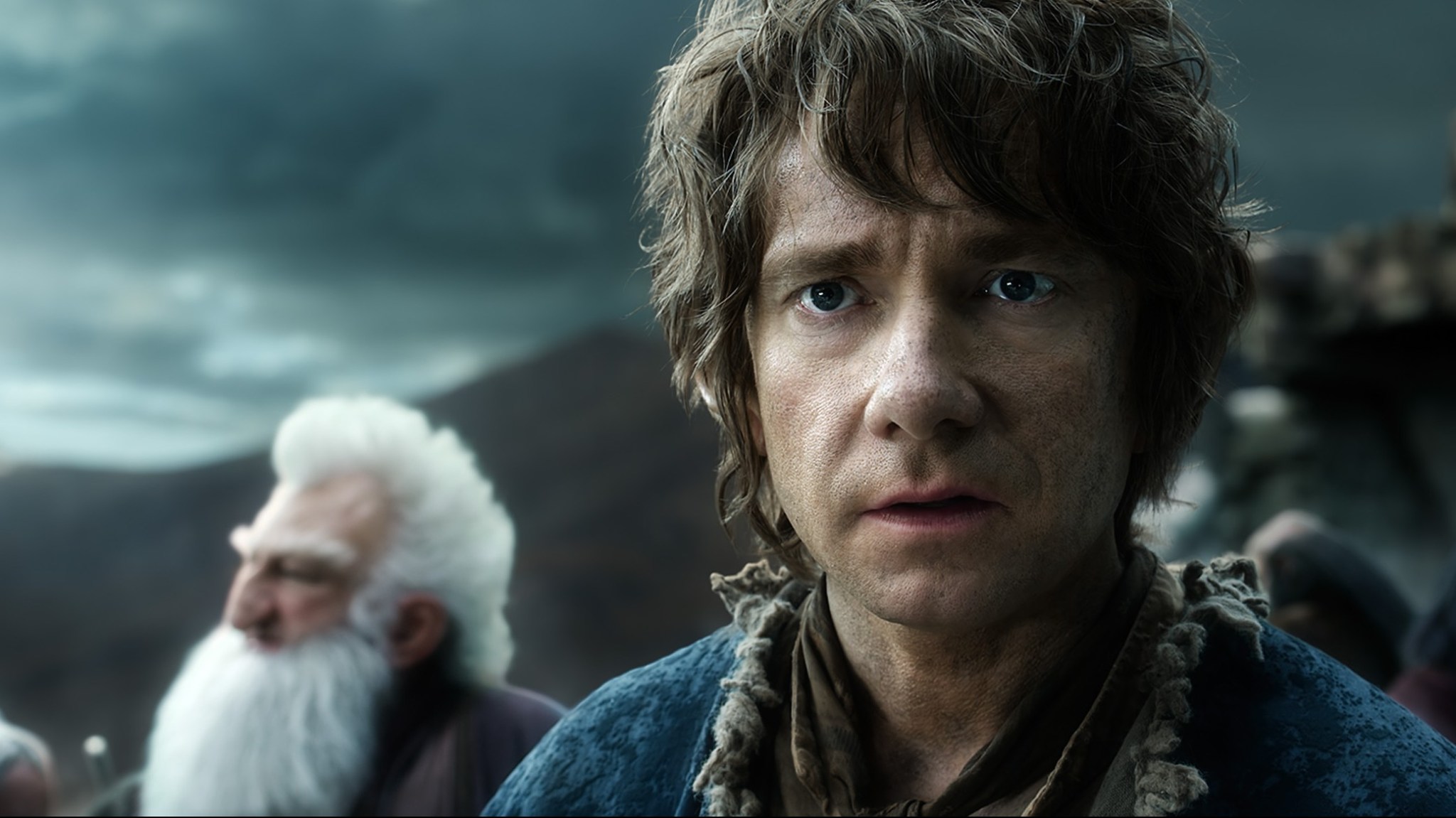 ’Twas the weekend before the weekend before Christmas and all through the land, not a theater was stirring, except the art house. Projections were studied by the studios with care, in fear that the audiences just wouldn’t be there. When lo through the Dolby there arose such a clatter, the critics rose up to complain, “What’s the matter?” For there on the screen a true spectacle had come: ’Twas “Bat-Moses” with a sword, fighting White Pharaoh, his erstwhile chum! But now my desire to rhyme, it has ended, so it’s time to discover if Exodus bombed even worse than did Blended.

Before we get to that, let’s lay it out: Even though the studios finally dumped a glut of new films our way, this weekend had nothing on last year. Compared with 2013, the domestic box office was down almost 50 percent, boosting the overall year-over-year decline more than 5 percent — $10.17 billion versus $9.66 billion. But before you get gleefully doomy, remember that last year had The Hobbit: Mockingsmaug – Part I, whereas the final Hobbit doesn’t come out here until Wednesday. So, really, the domestic box office got off with a gentleman’s B on a rather quiescent weekend as Hollywood ramped up for its final, desperate year-end push. And to which victors went the spoils?

Wait, didn’t you say The Hobbit: The Battle of the Five Armies doesn’t come out till later this week!? Before you freak out, throw on your mithril shirt, and run to the multiplex while frantically Googling show times, no, it’s not out yet — in North America. Silly fanboy, we aren’t the studios’ main squeeze anymore. The Battle of the Five Armies started its epic global conquest abroad last Wednesday and has already amassed quite the hoard of dragon’s gold: $117.6 million worldwide, acing some “best openings” of the year in Germany, France, and New Zealand, on top of Russia’s biggest opening weekend of all time and Mexico’s best December opening. Frankly, that’s far more impressive than anything that happened Stateside this weekend. And worry not, Tolkienians, with Martin Freeman’s dry British wit spicing up SNL and Smaug making a CGI pit stop at The Colbert Report, The Hobbit shall drink all of our milk shakes come Tuesday.

The nominal winner this weekend, though, was Ridley Scott’s illustrated Bible epic Exodus: Gods and Kings, with just more than $24 million at the domestic box office. As far as winners and losers go, this one’s right on the chalk and you might need to call the line umpire over. Yes, it’s no. 1 right now, but Ridley Scott epics do not come cheap: With a reported budget of $140 million after all of those fancy tax breaks, it’s got a long trek through the desert to profitability. Then again, it’s Christmas, when we take our time checking out new releases, so maybe everyone who can’t get into The Hobbit will go to Exodus instead; then again again, it got less-than-divine reviews. However! Nothing draws out the audiences like holiday stories of slaughtering firstborn sons! But also: It’s already made a sweet bundle abroad ($43 million). Then again again again —

Ugh, this’ll give you a headache. If only there were information out there about the ultimate profitability of another studio’s films against which to compare Exodus. Hmm … Sorry to do this, Sony, but thanks to the hack-sifting elves at The Hollywood Reporter, we know that Captain Phillips, which also opened around $25 million and had a long holiday run to gross $218 million worldwide, will ultimately profit Sony about $39 million. Of course, Captain Phillips had excellent reviews, got nominated for a slew of Oscars, and cost just about a third as much as Exodus, so Bat-Moses better hustle if he’s going to lead Fox to the promised land.

Technically, Sony studios didn’t release a film last weekend, unless you count the new Bond script, Spectre, getting leaked (though anyone who manages to download it will probably find a lawsuit in their Christmas stocking courtesy of Cubby Broccoli’s estate). But since the hack that just keeps on hacking could reportedly cost the studio as much as $100 million, Sony gets an honorary “loss” this weekend. Forget the copies of Fury and Annie online and the salacious/scandalous email repartee; it’s hard to imagine anyone at Sony negotiating any contract ever again without getting raked over the coals by agents, producers, caterers, and dog handlers. In fact, that $100 million loss sounds pretty low once you ponder all the “ultimates” of the hack, now in its eighth data dump and counting. Just saying: Don’t be surprised if you run into the studio’s costume department hunting for bargains at Goodwill this holiday season.

Even though it received a “wide release” of fewer than 1,000 theaters, Chris Rock’s latest stab at the Woody Allen School of Filmmaking, Top Five, pulled in a promising $7.2 million. Because Paramount acquired Top Five at the Toronto Film Festival, it’s on the hook for only $12.5 million, plus whatever comparatively modest amount it spent to market the film. But considering Top Five is actually, you know, a good film, boasting such rare traits as humor, honesty, and humanity, word of mouth should give it a decent chance to earn more money over the holidays. But either way, I’d give Chris Rock a win just for the sharp pearls of hilarious bluntness he’s dropped while out promoting the film.

O come, all ye PTA faithful, joyful and triumphant, come to Joaquin’s muttonchops and behold them: Anderson’s adaptation of Thomas Pynchon’s Inherent Vice cut into the art house like your dad cutting into a Christmas ham, with $330,000 in five theaters, boasting a $65,592 per-screen average — the third best of the year behind The Grand Budapest Hotel and The Imitation Game. However, Indiewire is still holding its breath, noting that The Master also posted an eye-popper of an opening weekend it didn’t entirely live up to after going wide. As an admittedly biased Andersonian Pynchonista, I’d argue that Inherent Vice is a hell of a lot more fun than The Master, especially once you stop worrying about whether the plot makes sense. And hey, stoners go to movies, too.