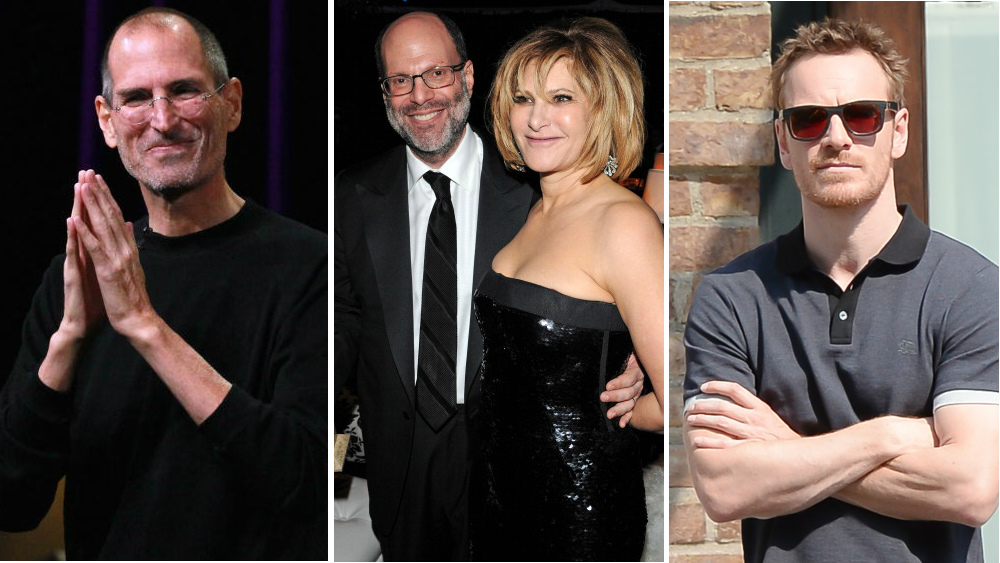 Sony Pictures — the company that’s brought you superhero franchises like Spider-Man and awards-friendly fare like The Social Network — is under cyberattack. Its upcoming Christmas Day release, The Interview, in which Seth Rogen and James Franco are enlisted to assassinate North Korean dictator Kim Jong-un under the foolproof cover of a seemingly harmless talk-show segment, has drawn the ire of a shadowy hacker collective known only as the Guardians of Peace, who seem displeased that a Hollywood movie studio would make a comedy about a CIA plot to overthrow such a beloved world leader.1 Over the past two weeks, the Guardians of Peace — which may or may not be tied to the North Korean government itself, which has been cagey in its response to the hacking — has released thousands upon thousands of Sony documents containing sensitive information like film budgets, executive compensation, profitability statements, and email exchanges, finally calling for The Interview to be shelved in the fourth info-dump: “Stop immediately showing the movie of terrorism which can break the regional peace and cause the War!”

The plot, as plots are wont to do, thickens: Last night, Gawker unearthed a trove of emails detailing the behind-the-scenes drama of the seemingly cursed development of the Aaron Sorkin–penned Steve Jobs biopic, Jobs, which over its tumultuous history has seen the departure of stars Leonardo DiCaprio and Christian Bale and director David Fincher, the recent attachment of replacements Danny Boyle and Michael Fassbender, and a dramatic last-minute move from Sony to Universal. The emails expose a heated back-and-forth between mercurial, potty-mouthed superproducer Scott Rudin and Sony studio head Amy Pascal over the fate of the movie, including a tug-of-war over Fincher between the Jobs project and a still-gestating, big-budget Cleopatra film by Angelina Jolie, a project and star that Rudin does not seem to hold in very high esteem. It’s quite the cracking read, with a surprise cameo by a member of the extended Grantland family in a segment where producer Mike De Luca tries to sell the Jobs group on Fassbender’s bona fides:

We, of course, immediately reached out to old friend and Hollywood insider Michael Fassbender’s Penis for his reaction to the ongoing Sony drama and the unexpected part he’s playing in it.

It’s really quite something, isn’t it?

Did you ever expect that you’d be drawn into it like this?

Quite honestly, no. You follow the news just like everybody else, and you know you’ve had dealings with the studio, but you can never anticipate something like this happening. It’s a total shock. Michael and I are still reeling a bit, quite honestly.

How do you feel about your involvement in these emails?

On the one hand, a very selfish hand, it makes you feel good to see such a generous assessment of Michael’s work out in public. He’s an extremely gifted performer, and I couldn’t be prouder to be his penis. You can talk about the talented gents who’ve previously been attached to our Jobs movie, and I wouldn’t trade places with any them. I know this is not how it works, but all the money in the world couldn’t tempt me to do a genital swap with Leo DiCaprio or Christian Bale. They’re fine actors with presumably wonderful penises, not that they’ve made the leap to onscreen roles yet. Maybe one day. Ben Affleck doesn’t seem to have suffered for riding our coattails, that’s for sure.

So often I’m the focus of the talk with us when you come calling. I’m happy to bask in Michael’s reflected glow right now.

You’re being too modest. Plenty of the glow is yours here. “Shame just makes you feel bad to have normal-sized genitalia, unless Aaron is Johnny Wad Holmes he’s in for a bummer of an evening.” That’s all you. That’s one of the all-time greats he’s invoking.

You’d never compare yourself to someone like that. You just go out and do the work, and you leave it to others to put it in that kind of context.

That being said, you’d never want somebody to feel bad about their “normal-sized genitalia.” Every penis is special in its own way, even if it’s comparatively tiny. But I’m enormously gratified to be held in that kind of regard, especially for my work in Shame. It’s nice when people show up to your coming-out party like that, and that people are still talking about it. You swell with pride.

There’s some very candid talk about Angelina Jolie in here.

Do you agree with Scott Rudin’s assessment that she’s a “minimally talented spoiled brat”?

That’s just Scott being Scott. She was in the way of him getting what he wanted, so he lashed out. You don’t want to cross him. He won’t just throw an Oscar at your head, he’ll tip over the display case onto you and light it on fire. He has a temper. Lovely guy, though. Just the loveliest. We couldn’t be having a better experience with him on Jobs. I’ll go on the record to say that not once has he threatened to chop me off with a clapboard and throw me into the ocean. We’ll see what happens when there’s a clapboard handy on set, but so far, so good.

But no, of course I don’t agree about Angie. She’s one of our greatest talents. You can understand Scott’s frustration at possibly losing a director like Fincher to that project. It’s not like there’s a historical precedent for not writing a blank check to the biggest female star in the world to make a crazily ambitious Cleopatra movie or anything. That’s just being a student of history.

Do you think Rudin goes a little too far talking to the head of a studio so crudely, and saying these kinds of things about Jolie?

This is how the sausage gets made. If you’re not comfortable watching Scott Rudin kill an animal with his bare hands and stuff its entrails into a casing, maybe you’re not cut out to work in the slaughterhouse. All you can do is put on an apron and hope the guts-spray doesn’t ruin your knickers.

Things get passionate sometimes when you’re making art. Millions of dollars and dozens of awards are on the line. In our case with Jobs, it’s a story that’s never been told before, except in a giant best-selling book, but who reads anymore? It’s our obligation as artists to breathe cinematic life into this. And making life is messy. Watch any childbirth video. Scott’s merely doing whatever it takes to pull his Oscar-baby into the world. You have to respect that. Obstetrician sausage-maker, that’s a tough gig. I know I couldn’t do it.

Do you feel guilty reading these private conversations?

Honestly, a little. We’re not meant to see any of this. But then the Google Alert for “Michael Fassbender genitalia” hits the inbox, and it’s off to the races. Before you even really think about it, you’re reading about how one of your colleagues feels ashamed compared to you, and it just happens to be surrounded by thousands of words about Scott Rudin screaming at Amy Pascal about betrayals and rescheduled meetings and Angelina Jolie’s ability to get a historical epic made.

You can’t see me, but I’m shrugging. What can I say, I can’t help myself. People might say this is Hollywood’s Snowden moment. But with much, much higher stakes.

Who do you think is behind the cyberattack?

It’s impossible to say. I’m just an enormous penis, not an information-security expert. I’m reading the same reports as you. Maybe it’s North Korea, and maybe it isn’t. One certainly can see how a rogue state might react badly to a movie that not only mocks its glorious and infallible leader-god, but is actually about killing him. Temperatures are running high. Feelings are hurt.

We’re spending as much time away from L.A. as possible until this blows over, just in case. You don’t want to be at the beach house in Malibu when the nukes hit. You have no idea whether David Geffen’s missile-defense system is going to hold up. It’s only been tested on paparazzi to this point.

Oh, one last thing. One of these documents reveal certain celebrities’ code names for when they’re staying at hotels. Tom Hanks is “Johnny Madrid.” Tobey Maguire is “Neil Deep.” Taye Diggs is “Scott Diggs.” Do you and Michael have code names?

Should I say? I probably shouldn’t say.

OK. Michael most often uses “Shamus Coxworthy.” What a scamp. I know, I know. It’s terrible.

It’s a pity we’re not making the movie with her anymore. She’s a firecracker.

Fists of Fury: The Top 10 Movie Fighters of All Time