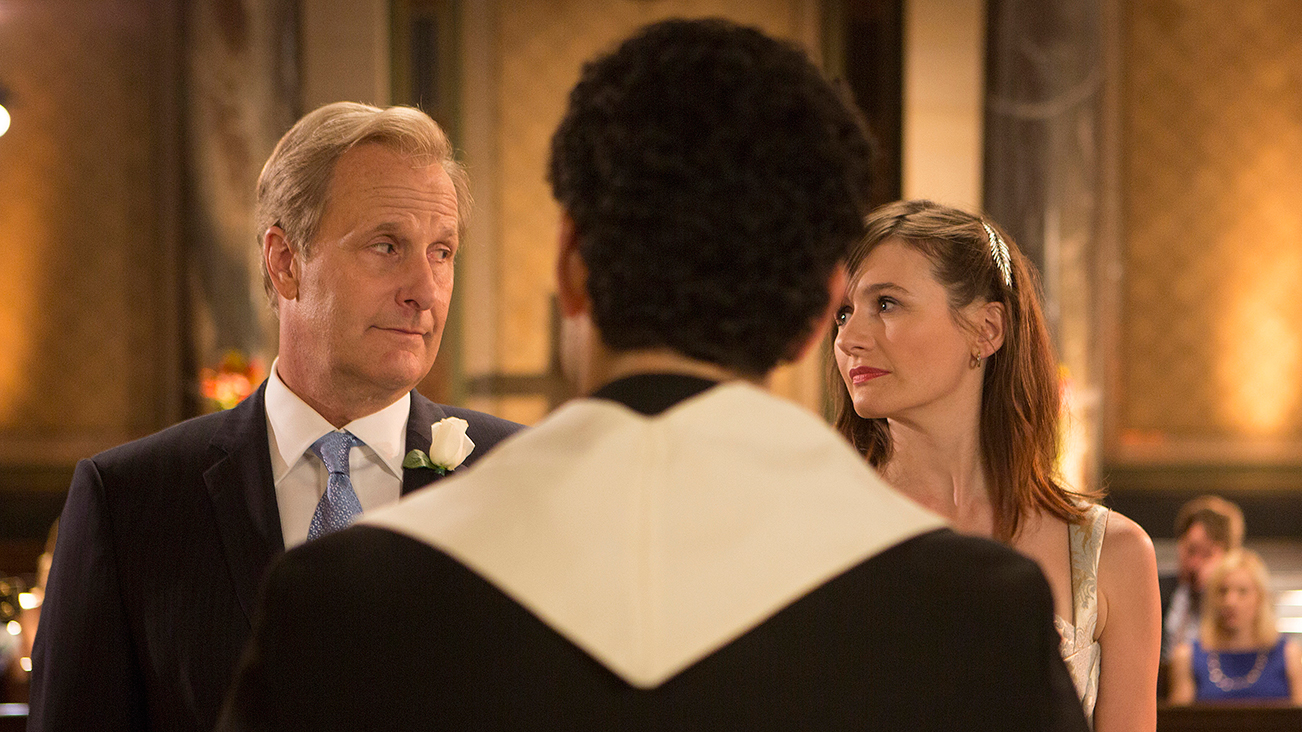 NEW YORK — William Duncan McAvoy and MacKenzie Morgan McHale were married Friday afternoon at the New York City courthouse. The wedding party was composed entirely of the staff of News Night With Will McAvoy and other employees of the show’s network, Atlantis Cable News.

The bride, a Peabody Award–winning journalist and the executive producer of News Night With Will McAvoy, wore a brocade dress purchased mere hours before the wedding. She rejected makeup as unnecessarily feminine for successful career women spending their time supporting their husbands.

Ms. McHale is a daughter of the former British ambassador to the United States. She was also a war correspondent and the president of the Cambridge Union, a fact she repeatedly stressed in the reporting of this article, citing the work of former ACN employee Hallie Shea, the ex-girlfriend of ACN producer Jim Harper. Ms. Shea’s Kindle single, The Digital Revolution: Why Jim Harper Is an Analogue Douche, is set for a March 2015 publication.

The groom, a former prosecuting attorney and speechwriter for President George H.W. Bush, is the lead anchor and host of News Night With Will McAvoy. After a minor incident involving the verbal harassment of a Northwestern University undergraduate (now an intern at News Night With Will McAvoy), he, the bride, and best man Charlie Skinner, the news director of ACN, have led a single-minded crusade to “fix” journalism. News Night is currently in fourth place in the Nielsen ratings. 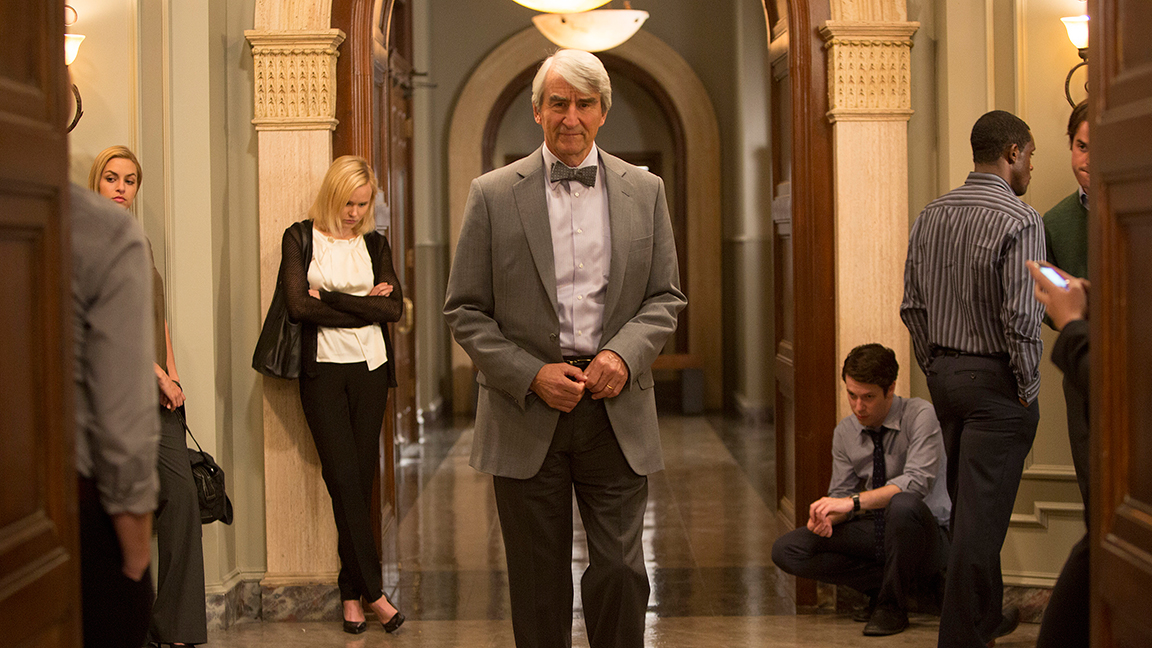 Mr. McAvoy is the son of John McAvoy, reportedly a drunk and abusive yet inspirational absent father figure who died in March 2012.

Ms. McHale took a step into the modern by sending out her invitations via email, rejecting the seven weeks of work she and Mr. McAvoy had put into selecting paper invitations, much to the groom’s chagrin.

ACN producers Jim Harper and Don Keefer purchased the rings from Tiffany’s in part because their finger sizes matched those of the couple. The wedding cake was a cake with a cupcake mashed on top, acquired from famed tourist attraction Magnolia Bakery by ACN anchor and maid of honor Sloan Sabbith, currently romantically linked to Mr. Keefer. The couple has recently endured a harassment campaign by one of ACN’s human resources representatives, who forced Mr. Keefer and Ms. Sabbith to hide their relationship for weeks for no particular reason.

The other bridesmaids included plucky ACN producer Maggie Jordan. Though Diane Sawyer had agreed to serve as one of the bridesmaids, she was unable to attend the ceremony when given only a few hours notice. When reached for comment, she said, “Wait, Sloan and Don are a couple now? Everyone in that place basically only dates each other. It’s a little creepy, if you ask me.” “Mac is great, though,” she hastily continued. “We go way back.”

Musical accompaniment was provided by a group of Juilliard students, paid by Mr. Skinner to abandon their commitments for the rest of the day and perform. “It just goes to show that anyone can have the perfect wedding on short notice, as long as they have enough money,” said Leona Lansing, owner of the Atlantis Media Group, who was too busy competing in a bridge tournament with her good friend Malory Archer to attend the ceremony.

Mr. Skinner’s ease at finding talented musicians to perform was a crucial victory in the shadow of another difficult marriage — the impending sale of ACN to eccentric Silicon Valley stereotype Lucas Pruit, who Mr. Skinner reportedly described as a “fiber-optic yak” in a business setting without repercussions.

The hectic wedding plans were done out of necessity. Mr. McAvoy, who also wanted it noted for this article that he was very academically accomplished in high school and scored highly on the LSAT, SAT, and even the PSAT, was to be taken into custody by the FBI immediately following the ceremony. He is currently being held in contempt of court for refusing to reveal the name of a source, protecting ACN journalist Neal Sampat. Mr. Sampat could not be reached for comment, but he sent a postcard celebrating the wedding from Venezuela.

Mr. Sampat was reporting on a classified government operation that may have caused the deaths of several people. He was the recipient of a dump of documents that could have put lives in danger — a fact Mr. McAvoy repeated at his hearing, where he essentially assented to indefinite detainment. Mr. McAvoy’s public reputation appears to be at an all-time high. Sources suggest that an aging reporter at the Associated Press may report the story instead.

Due to the lack of serious wedding planning, the couple did not receive any of the items on their registry, including a marble bust of Daniel Webster, a signed copy of John F. Kennedy’s Profiles in Courage, a lockpick, and several million additional viewers for their broadcast. They have planned an elaborate, hyperverbal conjugal visit for their honeymoon.

Filed Under: The Newsroom, Eric Thurm

Lightning Round: Notes on Our First Thousand Viewings of the ‘Star Wars: The Force Awakens’ Trailer

Cast a Spell: The Return of Fleetwood Mac to the Forum, and Marjorie Cameron at MOCA