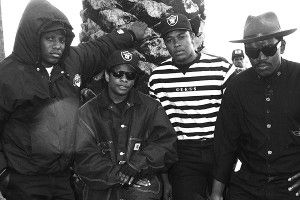 Last year around this time, for the first time in my life, I got all excited about the Rock and Roll Hall of Fame nomination announcement. You see, Guns N’ Roses had been nominated, and so the heretofore inconceivable occasion of an Axl-Slash reunification all of the sudden seemed like it was on the table. And as GNR went from nominee to official inductee, we held that flicker of hope — for once, would the Rock Hall be an organ of good, and not irrelevance? It wasn’t to be. When it all shook out, Axl skipped the induction ceremony altogether, leaving GNR now and forever fractured and withering.

But Axl did leave us with one gift from the whole convoluted process — an open letter, explaining his absence. It had a segment about buying an ungrateful homeless woman soup, but it also had this:

I still don’t exactly know or understand what the Hall is or how or why it makes money, where the money goes, who chooses the voters and why anyone or this board decides who, out of all the artists in the world that have contributed to this genre, officially “rock” enough to be in the Hall? This isn’t an attack. These are genuine issues I don’t have enough verified information on to have more than rough ideas. Certainly not enough information to make any judgments about.

Overplayed Song of the Week: Alex Clare, 'Too Close' (a.k.a. the Internet Explorer Song)