MMLP2 Is Eminem’s Seventh No. 1 Album 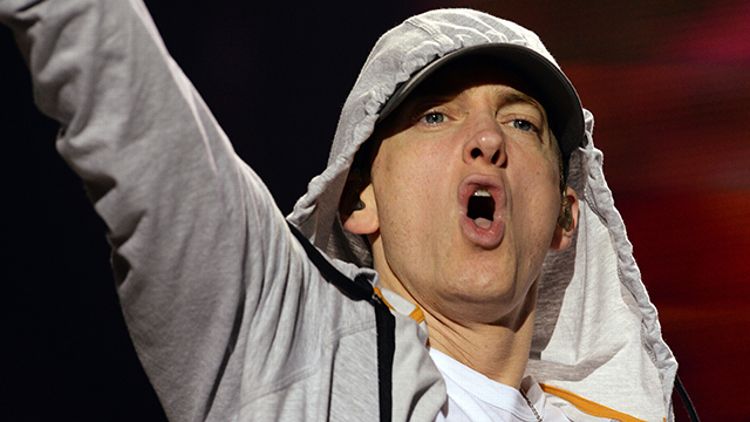 In a row, that is. And overall. (Only 1999’s The Slim Shady LP didn’t hit no. 1.) The Marshall Mathers LP 2 moved 792,000 copies last week, giving Eminem the year’s second-place spot behind Justin Timberlake’s 20/20 Experience — 1 of 2, which debuted at 968,000 in March. Eminem’s sales have increased in the last few years, from Relapse’s 608,000 debut in 2009 to Recovery’s 741,000 in 2010. It’s still nothing compared to Shady’s first few albums, and possibly nothing compared to his own expectations; on the Zombies-sampling, Yoda-imitating “Rhyme or Reason” he raps, “The last Mathers LP done went diamond / This time I’m predicting that this one’ll go emerald.” There’s no way MMLP2 — in 2013, when we’re maybe a year away from kids learning how to use torrents during first-grade computer lab — is selling 10 million copies, much less whatever amount one needs to achieve the elusive, imaginary emerald certification.

Another topic of concern: MMLP2’s sales aren’t nearly high enough above Nothing Was the Same’s 658,000. Drizzy passed Hov already; he’ll come for you next, Em. There’s also the factoid that MMLP2 earned the sixth-highest sales week of the last five years, which might feel like a win for Marshall until he takes a peek at who’s been besting him — JT, Gaga, Weezy, and T-Swizzy … twice. There’s only one way off this sinking ship, and it’s a Slim Shady LP 2 in 2014, one that comes super-hard for Drake and all the rest of 'em, while showcasing some repeat-listen-worthy rap MMLP2 sorely lacked.