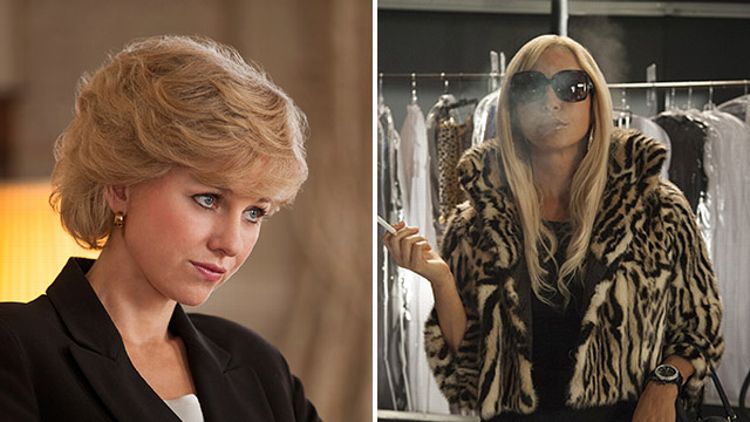 Two blonde icons! Two campy biopics! Who will emerge the victor? Will it be the already widely panned theatrical film Diana, starring Naomi Watts as people’s princess Lady Di? Or House of Versace, Lifetime’s latest attempt to get in the Behind the Candelabra game by upping the prestige factor for its popular lowbrow division of TV films, this time by casting Gina Gershon in a role she was born to play, as decadent empress of jewel-toned caftans Donatella Versace? Which film has the most potential to be a camp classic with rewatching potential? We broke down the newest trailers to find out.

Winner: Di. Although Di and Donatella have equally iconic coifs, Gershon’s Versace wig looks a little bit like she just slapped one of Lady Gaga’s spare weaves on, while Watts perfectly captures the incredible ’80s-ness of Princess Diana’s malty colored preppy hair helmet, and with it the very essence of the Margaret Thatcher years in the U.K.

Di: Original score by Keefus Ciancia and David Holmes.
Donatella: “I Am a God” by Monsignor Kanye West.

Di: Diana is depicted as an ’80s version of Grace Kelly, all charities and pantsuits and demurely knowing glances. Watts’s Di isn’t calculating or nasty, just good-hearted but way out of her depth. This is Princess Di as the angelic heroine of a melodrama that keeps trying to drag her down into its tawdry depths, without luck, because this Di was just too beautiful and pure for this world. Since this Diana has no self-awareness, that gives it great camp potential.
Donatella: Shots of Donatella snorting coke and flinging her spike heels on the floor timed to the “hurry up with my damn croissants!” part of “I Am a God.” House of Versace knows what it is, and Gershon, as in Showgirls (and everything she’s ever in), knows exactly what movie she’s actually in. Maybe the ignorant campiness of Diana is more authentic than the knowing trash of Versace, but I’m betting House of Versace will have better GIF potential. I’ll prove it:

Donatella: Gershon takes a stab at Donatella’s Calabrian-accented English, face-lift intonations, and the general air of disdain and luxury emitted by fashion’s grande dame. But she’ll always have to contend with Maya Rudolph’s perfection.

Diana: “I’m a princess and I get what I want,” says Watts as Di, fluttering her Bambi eyes coquettishly at some poor schmuck.
Donatella: Gems like “I am Versace!” “Did I stutter?” and “I was always crazy, even before the drugs!” delivered in Gershon’s best impersonation of Donatella’s poshly slurred Italian-flecked English.