Reality Bites Back: Lifetime’s Savage New Satire and the Fizzling of a TV Boom 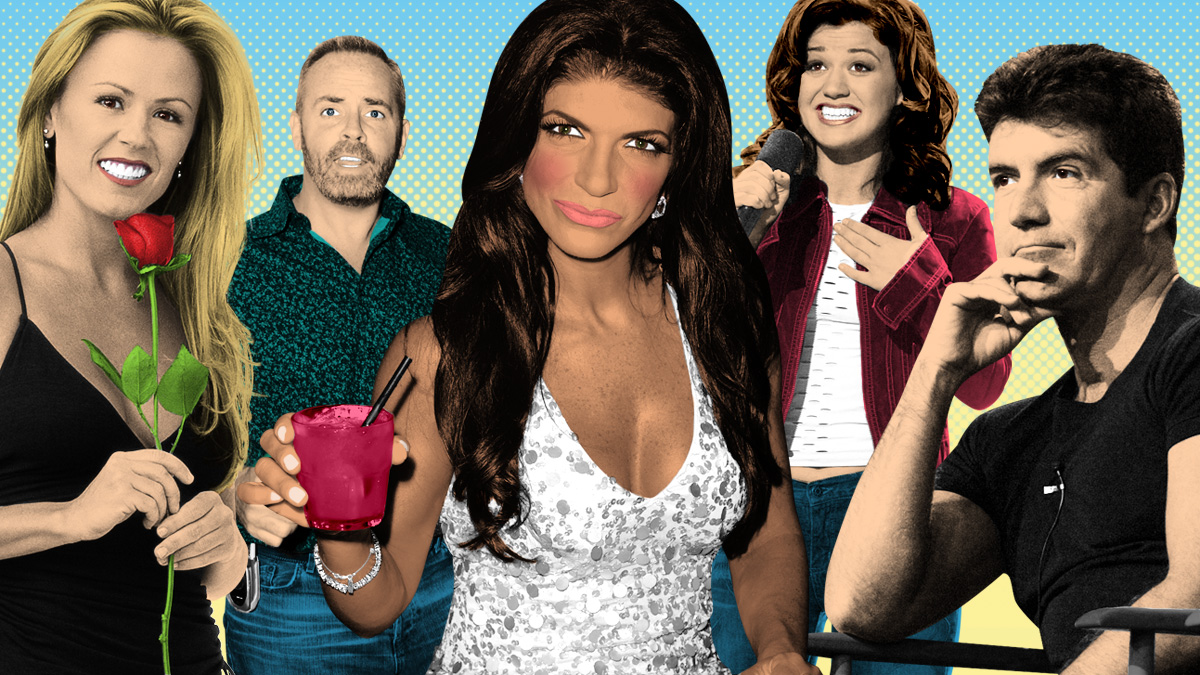 We all have our preferred flavor of trash, so let me confess mine up front. I will watch pairs of obnoxious Americans make the rest of the world hate us as they race around it, aggrieved drag queens toss verbal daggers and sob out autobiographical confessions for $100,000, and needy narcissists stand before a panel of judges while fervently imagining that they will be the exception to the rule that the Kelly Clarkson thing is never going to happen again. I will watch wannabe clothing designers, “cheftestants,” and even, I guess, comedians who aspire to be the last one standing.1 So when I tell you that I draw the line at people who go on a TV competition series pretending they want to find true Caucasian heteronormative love, trust me, it’s not that I have any standards. It’s more a matter of personal taste. When I see gaggles of dim-bulb party girls and douche-bag bros — whether they’re in a bar or on a show — I think, Sorry, not my tempo, and move hastily along. In contemporary culture, this is one of the rare prerogatives that middle-aged homosexuality has to offer, and I avail myself of it.

Now, though, I may have to change that policy. The darkest, most blisteringly cynical new TV series of the summer is on Lifetime, and that isn’t even the most surprising thing about it. UnREAL, the typographically awful but otherwise sharp and appealing new comedy/drama/serial/spoof that premiered Monday and will run for 10 weeks, is about the contestants on — and, especially, the producers behind — a fictional reality-competition series that is so closely modeled on The Bachelor that the phrase “closely modeled on” feels insufficient. It is The Bachelor. It is “closely modeled on” The Bachelor in the way that the title UnREAL is closely modeled on the word “unreal.”

The show’s depiction of the series — as an act of female-on-female crime that is cast with women who are sad and hopeful and run by women who are mad and hopeless — is horrific, but in the thought-through, deeply satisfying way of something its creators have been waiting for years to get off their chests. UnREAL’s portrayal of small squads of harried functionaries herding, cajoling, and exhaustedly manipulating their on-camera “talent” feels lowercase real, and the contestants themselves feel just barely heightened. The show’s “bachelor” is a wealthy, arrogant meat puppet trying to do image rehab. And the women vying for his princely hand are at once hungry to be on television and bitterly resigned to the fact that they’ve only gotten there because they’re so easily typecast by (and for) people who don’t really want them to be human.

“He’s 29? So this is a setup and I’m the ‘old, desperate’ one,” says one woman grimly. “We cast her for the crazy,” says the show’s producer of one competitor. Of another: “stupid bitch.” And of another: “There’s our horse-face tearjerker.” Special praise should go to Constance Zimmer, a veteran of something like a dozen series — she recurred as Ari’s sometime-nemesis Dana on Entourage — who plays the fake show’s unrepentant control-room overlord and tears into the role as if it’s the savage reward for a career in the trenches.

There are many striking things about UnREAL aside from a well-sustained mood of weary sourness not typically associated with the home of Devious Maids and Dance Moms, but it’s perhaps most notable that, on a mega-corporate level, the show seems determined to sever the artery that feeds it. Lifetime is a subsidiary of A&E Networks, which is co-owned by the Hearst Corporation and the Walt Disney Company, the latter of which owns ABC,2 which is currently airing The Bachelorette from 8 to 10 p.m ET on Mondays. Therefore, you can, if you’re inclined, watch what UnREAL calls the “ponies and princesses” act for two hours and then switch over to a show that informs you that what you’ve just seen is indefensible, soul-killing, hyper-manipulated crap. In the words of the young associate producer (Shiri Appleby) whose compassion and barely surviving integrity make her the show’s heroine: “This job is Satan’s asshole.”3

Businesswise, this may be a shaky play. The ratings for Episode 1, which drew about 800,000 same-night viewers, suggest that UnREAL is a less-than-ideal fit for Lifetime’s core audience and, despite strongly positive reviews, has yet to be discovered by anyone else. But it would be wrong to dismiss the Bachelor connection as a kind of epic anti-synergistic bungle. In fact, I think it represents a savvy acknowledgment of exactly where this breed of TV sits for much of its viewership these days — namely, in the dunce’s chair. 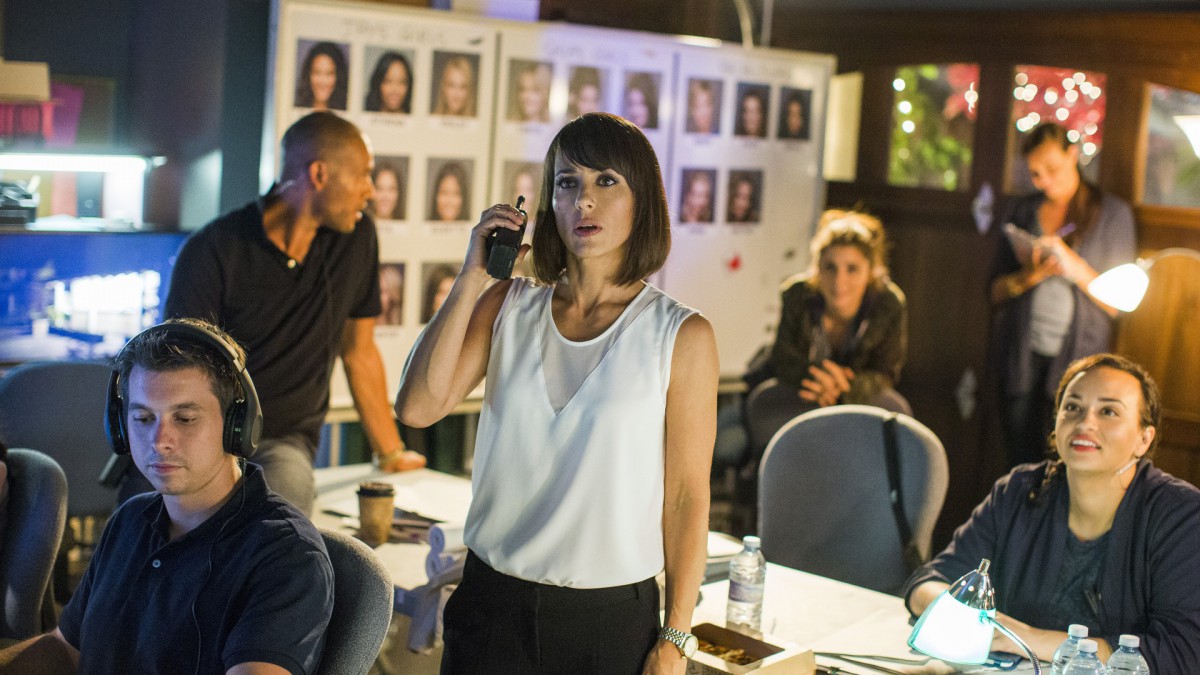 I’ve said before that reality-competition shows were the last great programming paradigm-changer on American television. The debuts of Survivor and Big Brother in 2000 — and of American Idol two years later — reshaped the ratings charts, but they also, in a way, redefined TV drama, revitalized the idea of serialization, and created a deeper (and more lasting) symbiosis with a world of tabloid print magazines than anyone would have imagined possible. (To consider just the Bachelor franchise: How many covers of Us Weekly, In Touch, People, and Life & Style have been devoted to speculation about the show’s “fairy-tale romances” or to hand-wringing when, as has almost always been the case, the air went out of them?)

For years, I’ve wondered what new category of TV would come along to replace reality as the next big thing; now that it’s on the wane, it seems clear that what’s doing it in is not a new format, but a new habit. The genre, unassailable for so long, turns out to have an Achilles’ heel: It’s not binge-able. You can marathon Bloodline or Transparent or Justified or Silicon Valley or The Knick and, as long as you stay hydrated and pace yourself at least a little, come away with a satisfying if compressed and somewhat solipsistic experience. But watch four episodes of a reality-competition show in a row and I think that, with surprisingly few exceptions, you will want to die. First of all, there’s a good chance the world will have spoiled them for you. Second, as the girl in my fourth-grade class who saved all the creme from her snacktime Oreos for a full week so she could enjoy the whole gray ball on Friday discovered, you actually can have too much of a not-so-good thing. And third, the structure of reality-competition shows, which is one of disappointment, inevitability, and narrowing, doesn’t make for a great multicourse meal. Rather than acquire momentum, many of these shows feel like they subside as they depopulate.

It’s too soon for an obit, though. The genre may be a tired old warhorse, but it isn’t closing up shop anytime soon. It flourishes on cable, which is endlessly hospitable to smallish audiences of loyalists, and its low cost allows it to colonize the networks in the summer months (see Fox’s current Bullseye, in which contestants, with metaphorical aptness, try to place themselves at the center of a target).

At the same time, there’s no denying that the genre has had its day. There hasn’t been a major launch of a successful new reality-competition series since NBC’s The Voice more than four years ago, and even that is now past its ratings peak. Dancing With the Stars has a demographic older than your grandmother, American Idol will hang it up next spring, The Amazing Race was banished to Fridays a year ago, and last month, when the networks announced more than 40 new series for fall and midseason, there was not a new reality-competition series among them. The last big gamble on that front was Fox’s Utopia. Never forget.

Fifteen years have inured us to the fact that happy endings in this genre are largely imaginary. If Survivor, which concluded its 30th cycle last month, is to be credited for its endurance,4 it may be because the pot of gold at the end of its rainbow is literal: A million dollars is something you can believe in. But shows that promise the reward of fame can fool us only so often — as we’ve learned, the biggest opportunity many winners will have is to come back, older and wiser, for a special guest appearance on the following season’s finale. As for shows like The Bachelor, where the reward is happiness? Familiarity breeds contempt, but contempt isn’t necessarily a bad business model. Today, the show flourishes by allowing us to punish the pretty bodies who have, after all, chosen this form of degradation. This seems like a fair deal, if not a sinless one.

In its early years, the Bachelor franchise, at least in terms of its publicity, felt invested in hard-selling the idea of romance and in underplaying the unseemly implications of two-dozen women (or men) who were willing to either emotionally prostitute themselves on camera or pretend to. These days, the show (yeah, I’ve checked in — it’s research!) seems to have a looser vibe, a cheerfully degraded aura that says, “Of course we know we’re trash, but you’re spending your Monday nights pawing through us, so what does that make you?” The series, with its almost exclusively white-on-white romantic color scheme, has apparently withstood charges of racism by all but ignoring them. (UnREAL addresses this with head-on ferocity in its first five minutes, when the show-within-the-show’s producer barks about one contestant, “That’s the girl you said has wife potential? She’s black!”) And this season, The Bachelorette (the real one) has trafficked in casual anti-gay prejudice as well, with “Brokeback Bachelor” promos suggesting, apparently falsely, that two of this season’s male aspirants had hooked up.

If UnREAL has a potential limitation, it’s that it’s hard to shame a show that’s so blithe about its utter lack of a moral interior or a functioning conscience. But shaming may not be its purpose: After you watch two hours of The Bachelor, this show is exactly the Silkwood shower you feel like taking. And in that regard, it may be the shrewdest brand extension of the year — the unexpected night bloom of a franchise so smart it’s even figured out how to monetize our contempt for it.