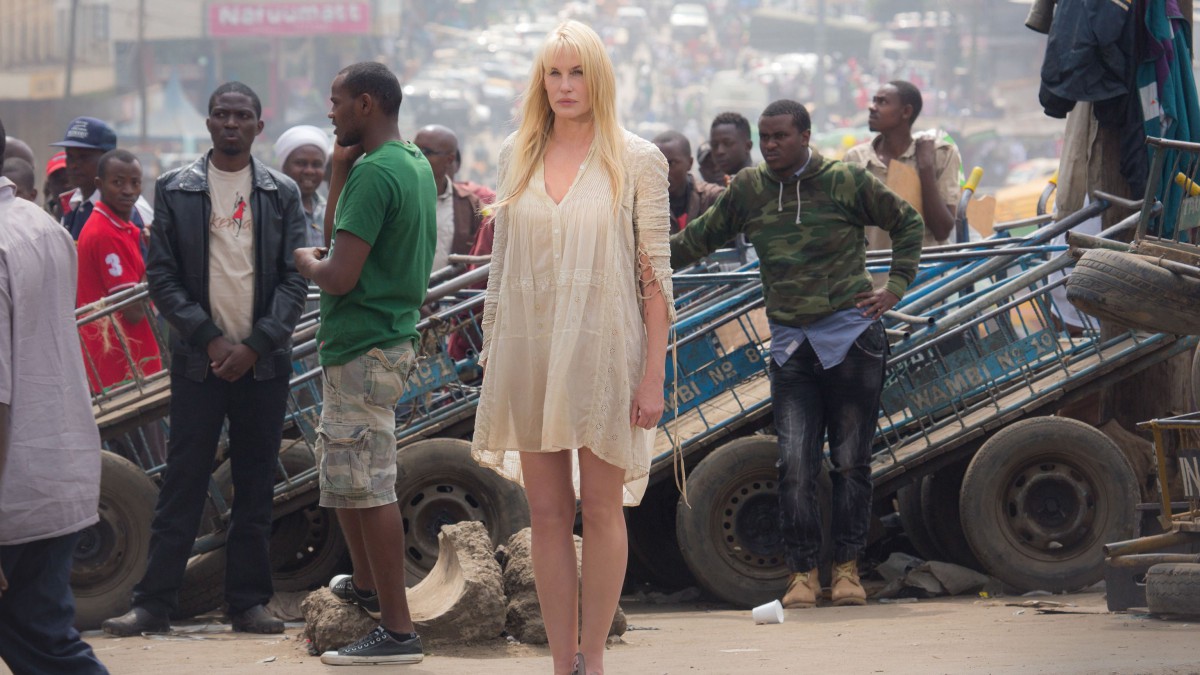 Here’s something no one wants to admit: TV is safe. It risks little, it discomfits few. From the fetid swamps of TLC to the rarefied air of HBO, the budgets (and the coverage!) may have changed, but television’s eternal formula has mostly stayed the same. The best series in any era endeavor to create likable, credible characters and then dangle them like yo-yos above a deep ravine of terror and change. Sometimes the ravine looks like a chocolate factory, other times it looks like an ice zombie apocalypse. Either way, TV always returns to the same beats, promising peril while guaranteeing refuge.1 It makes sense: Television is piped directly to us. It greets us in our homes, it snuggles up beside us on the couch. Broken off into episodes to be snacked upon or massed together into binge-able seasons, TV is, by nature, digestible. Even when it unsettles, it finds a way to nourish.

This isn’t a criticism per se. Consistency and comfort have their value, in art as in life. One of the greatest things about television as a medium is that its best practitioners are able to reshuffle the deck in ways that delight and surprise. Even Mad Men, for all of its emotional BASE jumping and writerly flourish, was built upon the sturdy, accumulated bones of decades of soap operas, antihero dramas, and office comedies. It didn’t quack like a duck, but it often moved like one.

I’m as enamored of this creative sleight-of-hand as I am of the shows that result from it. I find it thrilling how the slow and languorous Rectify and the gleefully manic Better Call Saul emerge from an identical Final Draft template, how both CBS’s underrated Mom and FX’s underseen You’re the Worst are able to squeeze their dissimilar points of view into the same 22 minutes. (Perhaps this also explains my affection for Food Network’s Chopped, another high-profile example of talented people forced to make do with precious few ingredients and even less time.) TV remains as much about ingenuity as it does about invention. Knowing the trick only increases my appreciation of the magic.

But as the ruddy glow of TV’s recent Golden Age begins to fade, I can’t help but wonder — as Mad Men creator Matthew Weiner did just a few months ago — is that all there is? Many people have compared the first decade of the 21st century on the small screen to what happened on the big one in the 1970s, as idiosyncratic auteurs wrested control from their risk-averse studio masters.2 But The Godfather and The French Connection weren’t wholly original; rather, like The Sopranos and The Shield, they were radical reinventions of preexisting formats. Half of the films’ appeal came from the way they embraced our expectations; the other half came from the way they noisily subverted them. To focus only on these blockbusters ignores the less populist but no less influential work of that decade: avant-garde filmmakers like Luis Buñuel, Rainer Werner Fassbinder, and Jean-Luc Godard didn’t just challenge the way cinematic stories were told; they challenged the very nature of story itself. TV, by contrast, has had no such experimental phase. Louie, I suppose, comes close with its auteurist flights of fancy. But even that, eventually, comes back to diarrhea jokes. For the most part, television seems content to continually push the envelope but never quite tear it open. In other words, Don Draper will go see I Am Curious (Yellow). But in the nearly half-century since that movie was released, TV has shown no interest in making its own. 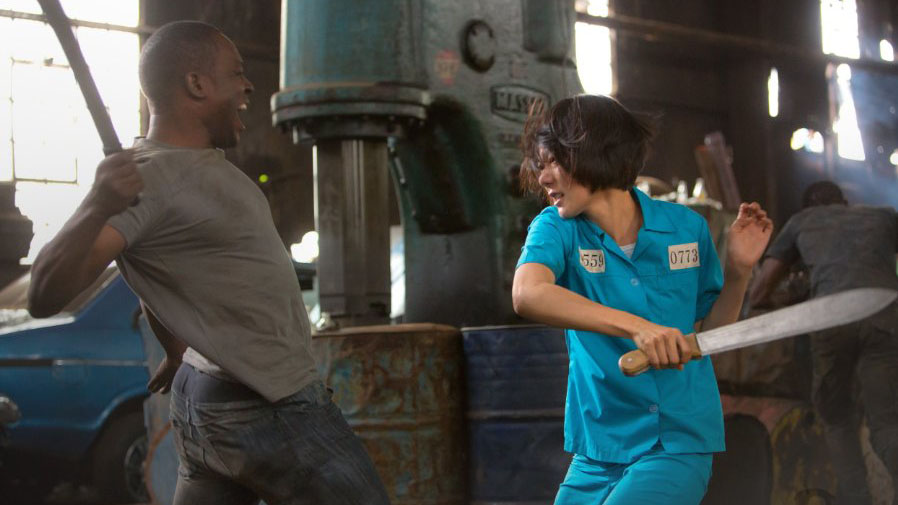 Sense8, which premieres this Friday on Netflix, is not that show — but, my goodness, does it aim to be. Created by the Wachowskis (The Matrix — and, deep breath — Jupiter Ascending) along with Babylon 5’s J. Michael Straczynski, it is a gargantuan feat of both creativity and capitalism: Its narrative spans eight cities and its production budget permitted travel to all of them. The story of an octet of adult telepaths linked by magical abilities and haunted by visions of Sayid from Lost, Sense8 does not look, feel, or sound like anything else on TV. In the three episodes provided to critics, the series wrestles nobly with issues ranging from transphobia to gang violence and veers madly from soggy melodrama to charlied-up wuxia. Scenes and styles bleed into each other like watercolors. Attempting to describe the scope of the story runs the risk of collapsing into gibberish. There are drug-smoking Icelandic DJs and underground Korean fight clubs. A colostomy bag is tossed onto a table. A well-lubed dildo is dropped onto the floor. Sense8 is utterly sui generis.

It is also, I’m sorry to say, almost entirely terrible. From the opening moments, in which a heroin-ravaged telepath named Angel (Daryl Hannah) “gives birth”3 to the aforementioned eight baby mentalists across the globe and then blows her brains out with a pistol to avoid the clutches of a villain named — no joke — “Mr. Whispers,” Sense8 demands utter fealty to its insanity. Which I appreciate as far as it goes. The problem is that Sense8 fails to buttress that insanity with anything remotely resembling coherence or, in fact, entertainment. The eight different locales — Chicago, San Francisco, Nairobi, Seoul, Mumbai, London, Berlin, and Mexico City — look terrific, but are little more than vivid dioramas for the Wachowskis to populate with their usual hobbyhorses: explicit lesbian sex (San Francisco), transformative raves (London), kick-punching women (Seoul), car crashes (everywhere), unexpected messiahs (everywhere). The siblings, aided and abetted by frequent collaborators James McTeigue (V for Vendetta) and Tom Tykwer (Run Lola Run), are so enthralled by their personal interests that they appear to have forgotten entirely about ours. Three hours in, it’s not at all clear just what any of the eight baby brainiacs — who count a Kenyan bus driver and a German safecracker among their number — can do, other than complain about headaches and have visions of each other in awkward moments. Oh, there is one other thing: They all appear to be under surveillance by Naveen Andrews’s Jonas, a shadowy senior sensate who wanders aimlessly through the narrative like a narcoleptic in an art museum.

Worse, it’s not clear why they do anything.4 The majority of the protagonists are trapped in utterly banal circumstances — disappointed dads, sick moms — that could be addressed with basic therapy instead of advanced telepathy. Characters natter on about “limbic resonance” and “eco-biological synaptic network[s],” smoke copious amounts of DMT, and are threatened with lobotomy. And yet the bulk of them remain painfully slight. Jamie Clayton’s Nomi, a transgender “hacktivist” learning to love herself, has the sole emotional story line. And Miguel Ángel Silvestre, as Lito, a closeted Mexican action star, has the only truly engaging one, thanks primarily to the comic brightness supplied by his costars Alfonso Herrera (as Lito’s lover) and Eréndira Ibarra (as his eager beard). Everything else drips with the gloppy solemnity of a college stoner telling you about his righteous dream. For all of its high-flying ideas, Sense8 is remarkably leaden. It’s as if the Wachowskis passed over both the red pill and the blue pill in favor of the one marked “Ambien.”

But while I don’t come to praise Sense8 — clearly! — I have no interest in burying it. Sense8 is bad in a way that feels entirely fresh. Its untamed ego is inseparable from its wild imagination. This distinction matters. Rather than look at Netflix’s considerable investment in Sense8 as an act of arrogance (“We can make anything!”) or folly (“With anyone!”), I choose to consider it through a much more optimistic lens. If Netflix and its cash-rich peers, including Amazon and Hulu, truly want to upend 75 years of television business as usual, then why have they spent so much time slavishly re-creating it? Extending Longmire, rebooting Full House, investing money in old hands and shaky ideas — all of this may be reassuring to investors, but it’s hardly inspiring to viewers. There’s a reason why many of the biggest critical successes to emerge from television 2.0 — like Amazon’s Transparent and Vimeo’s High Maintenance — feel completely distinct from anything on broadcast or cable. And Sense8 feels completely distinct, full stop. There’s a raw, wheedling humanity just beneath the show’s demented surface that deserves our respect, if not our acclaim. It has no spoon. Consuming it is messy, but not at all familiar.

Which is to say there are far worse ways for Netflix to spend its billions. And though the already-wealthy Wachowskis are far from the ideal beneficiaries of this largesse — why not blank-check worthier weirdos like Shane Carruth, Miranda July, or Tsai Ming-liang? — their refusal to play by anyone’s rules but their own makes them strangely important figures in television’s bold, uncertain future. On a daily basis I want to watch good TV. But in the long term I want TV to aspire to greatness — and that will entail taking some wild leaps and enduring some truly spectacular falls. The worst thing you can say about the majority of television is that you can see everything coming from a million miles away. The best thing I can say about Sense8 is that I have no idea what it was I just saw.

This post has been updated to correct an error in the display that erroneously identified the Wachowskis as Larry and Lana. They are Andy and Lana.

Reality Bites Back: Lifetime’s Savage New Satire and the Fizzling of a TV Boom