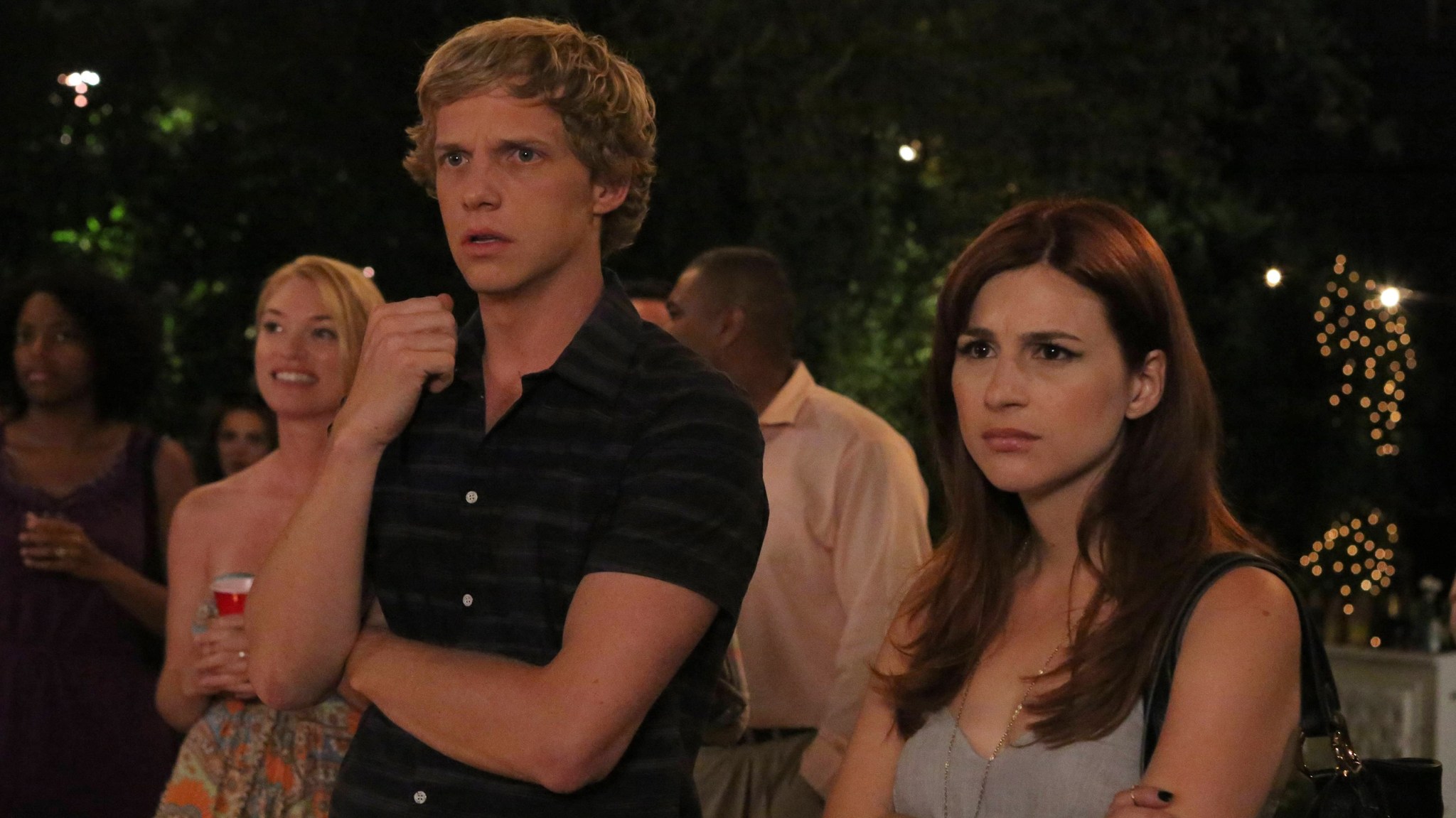 At the movies, romance is easy: a meet-cute, some sweet misunderstandings, a big gesture, and an even bigger kiss. Roll credits, and everyone, including the audience, lives happily ever after.

But on TV, as in life, romance tends to be a bit more complicated. Unlike films, with their set endings, we never quite know when a TV show is going to be canceled. That makes it impossible to end the story at the moment of peak happiness. On TV, you can’t just freeze the frame with the confetti still floating in the air. You have to keep rolling as it all inevitably falls back down to earth.

Most television rom-coms have dealt with this in one of two ways: Either they wallow in the frustrating tease of  “Will they or won’t they?” or they bear down and just get on with it. (The former is known as “The Moonlighting“; I’m going to go ahead and name the latter “The Parks and Rec.”) As the producers of New Girl recently learned, neither situation is ideal. Not every flirtation makes sense as a relationship. And if the engine of your show runs on sexual tension, then cutting off the tap can stall everything out. One of the most unintentionally interesting themes to emerge from the later seasons of The Office was the way Pam and Jim, once America’s sweethearts, slowly curdled into unpleasant normcore drones. Could it be that happy love stories, like dreams, are really only interesting to those experiencing them?

For the past 10 weeks, You’re the Worst has answered that question with a resounding raspberry. More than the taboo-busting, crotch-spitting humor, more than the effervescent chemistry and the perfect casting,1 more than an overflowing garbage can of trash juice, what impressed me most about the FX comedy was the way it exposed the lie behind every sitcom romance: Life doesn’t get boring once coupledom starts. On the contrary, that’s precisely when things start to get interesting. It’s a failure of imagination and, quite often, writing to suggest otherwise.

The greatest thing about You’re the Worst is the way it looked at the sloppy, sexy, potentially disastrous inevitability of Jimmy Shive-Overly and Gretchen Cutler and saw miles of open road instead of the same old boring cul-de-sac. Forget “will they or won’t they?” — they did, they will again, it’ll probably involve footplay, and no one will feel even the slightest twinge of guilt about it. For all the stolen cats and fake mustaches, what You’re the Worst is really about is the way no one ever really settles. We all keep wanting what we want, even if it, in Gretchen’s words, involves the imminent arrival of “horrible pain and sadness.” Other people can be infuriating, insensible, and ridiculous, but, despite the show’s title, they’re not the worst. That’s a word reserved for what it feels like to be alone.

“Fists and Feet and Stuff” ended You’re the Worst’s first season in sly and satisfying style. (After speaking to creator Stephen Falk for a podcast, I feel slightly confident in saying this won’t be the only season. FX is too smart a network not to realize what it has.) Edgar swapped his fake English best friend for the real thing. Becca and Vernon got pregnant and wasted, respectively. Lindsay, spiraling out into her old life of cockaholism, lost the husband she took for granted and took solace in a Kate Bush song.2 Thanks to Gretchen’s accidental acceptance of Jimmy’s non-proposal and Jimmy’s emotional olive branch in the shape of a house key that he actually didn’t have made, our central couple finally displayed a desire to take things to the next logical level. And thanks to Gretchen’s insistence on plugging her vibrator into a chain of Christmas lights, the two were then forced to make good on that desire and actually move in together. Two steps forward, one giant tumble backward over a cliff. The last images of the season were a brilliant homage to the ending of The Graduate (and, in a slightly less romantic context, of Michael Clayton): The sight of fear and anxiety bubbling up behind Jimmy and Gretchen’s smiles is like the foam in one of Paul’s precious home brews. Sure, the temporary suspension of those doubts made us swoon. But it’s their inevitable reemergence that allows us to relate.

Next week, the broadcast networks will begin unveiling their dispiriting crop of new comedies, and the dominant theme for them is romance. The results would be brutal even without You’re the Worst doing doughnuts on their front lawn. On weak gruel like A to Z and Manhattan Love Story, love is treated like some sort of magical destination — Oz with granite countertops. The brilliance of You’re the Worst is that to these richly drawn, deeply fucked-up human beings, love is a terrifying side effect of actually living. By admitting this, and laughing about it so heartily, Falk and his merry band of writers are able to give us a romantic comedy free of the sanctimony that is so often baked into them. There is no preciousness to Jimmy and Gretchen. Their emerging attachment isn’t some delicate flower. It’s bruised and bruising and likely to stay that way.

I only hope that FX will give us a chance to see for ourselves. While I’m praising the hesitation in Jimmy and Gretchen’s affair, I’m afraid I have none in my own reaction to You’re the Worst. I fell for this show the moment Gretchen swiped that blender in the pilot, and I haven’t regretted it for a second since. There are plenty of TV shows that I admire and a select few that I love. But I adore You’re the Worst, utterly and totally. Yes, it’s relentlessly, uncomfortably hilarious (I’m still waiting for my subscription to Black Dwell to come through), but it’s also deeply human in a way that most TV, comedy or drama, rarely manages. The raunchiness on display isn’t there to shock; it’s there to expose all the petty hypocrisies, eye-raising kinks, and buried damage that make Jimmy, Gretchen, Edgar, and Lindsay so fascinating.3 (OK, sometimes, like when Lindsay is attempting to do blow off her own breasts, it’s there to make us crack up. That’s fine too.) When we say that these people did things we’ve never seen before on TV, it doesn’t mean we haven’t seen them IRL. By rejecting rom-com clichés, You’re the Worst proved itself to be the sweetest, funniest series on the air. This is a thought sure to make a genuine, suffering writer like Jimmy gag, but forgive me, I simply don’t know any other way to say it: This show is the best.

Filed Under: TV, You're The Worst, FX, TV Check-In