From Cannes to Can’t: How Prestige Film ‘Grace of Monaco’ Ended Up on Lifetime 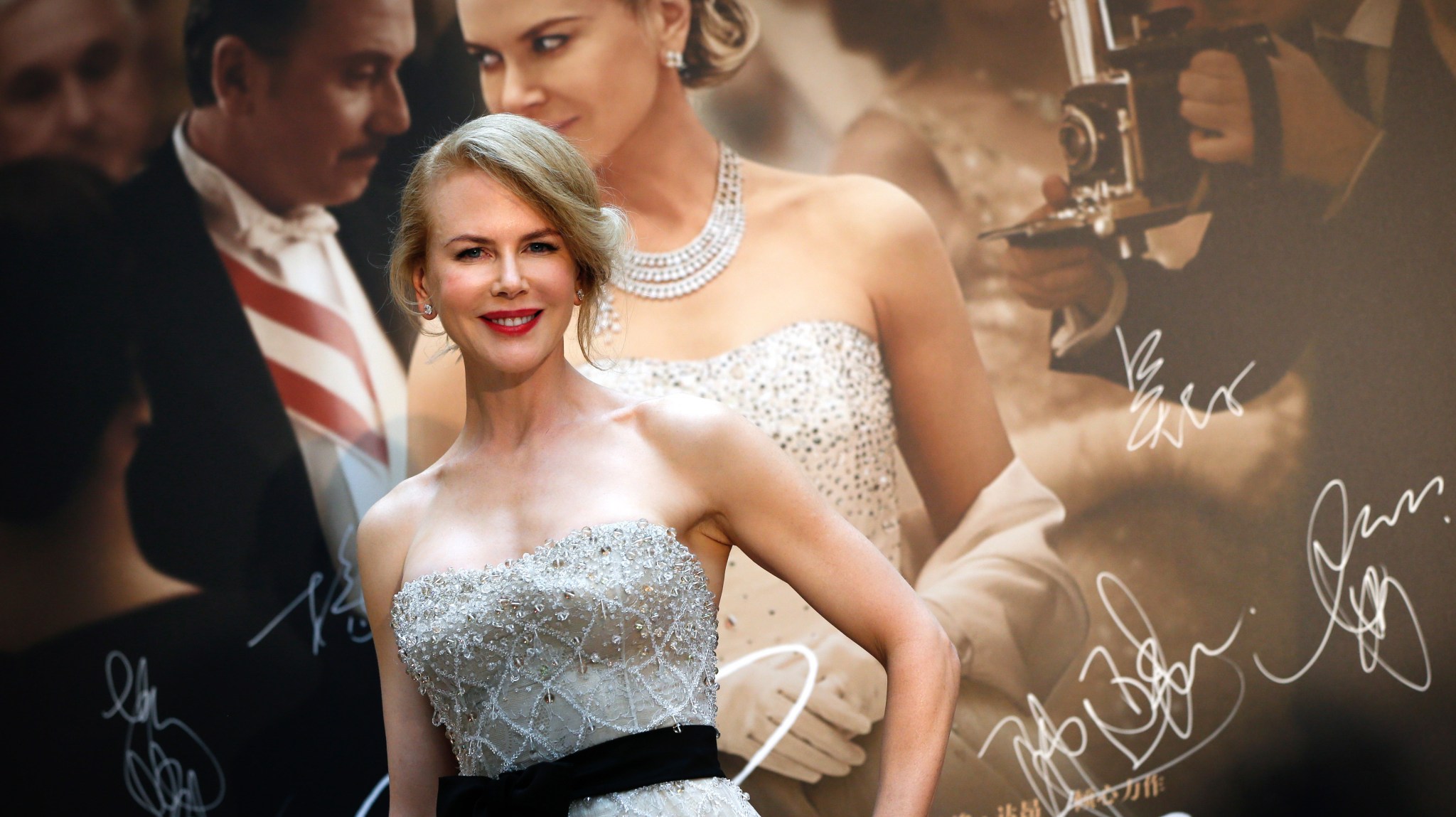 The world of Lifetime movies contains multitudes. There are the teens-behaving-badly scare-baiters, the campy franchises, the remember-the-’90s tell-alls, the disturbing true-crime procedurals, the actually great films. Grace of Monaco, the most recent film from La Vie en Rose helmer Olivier Dahan, which zeroes in on late legendary actress Grace Kelly’s ascent to the title of princess consort of Monaco, is making its U.S. premiere on Lifetime this Memorial Day and thusly could be considered the latest addition to the network’s stable — and it fits into precisely none of these categories. “The idea of my life as a fairy tale is itself a fairy tale,” reads the opening quote, attributed to the film’s titular focus; the fairy tale of Grace of Monaco is that — before the golden carriage of U.S. distribution turned into a rotting pumpkin — it was once considered an actual film.

As this year’s Cannes Film Festival draws to a close, it’s worth taking a trip back to last year’s festivities, when Grace of Monaco was selected as Cannes’s opening-night showing. Before the film even unspooled for the fest, there were problems: Previously aligned with the Weinstein Company’s distribution powers, rumors abounded that Harvey himself was going to drop the film after Dahan abandoned the mogul’s suggested cut and went with his own version, which included significant changes to Arash Amel’s Black Listed1 script. Cannes (and critics at large) hated the film almost as much as Kelly’s children did; it was released in France regardless, and Weinstein vowed to support the film and collaborate with Dahan on a suitable cut for U.S. release. That never happened. In early 2015, there was word of a third cut by Amel and a team of editors, sanctioned by Harvey himself; whichever version of the film that’s airing this Monday night is anyone’s guess.

The whole affair is an inarguable low point in Dahan’s career; La Vie en Rose was well received and Oscar-validated on the strength of a powerhouse performance by Marion Cotillard as late French singer Edith Piaf, and there was similar awards-season buzz surrounding Grace of Monaco before many even laid eyes on it. Fate is a funny thing, though, and so Grace of Monaco has found a suitable home in Lifetime’s basic cable confines.2 Sure, at first glance it might seem better than what usually makes for TV movies: The camerawork and framing are achieved with elegant competence; along with Kidman, the cast is top-loaded with Serious Actors like Tim Roth, Frank Langella, and Derek Jacobi; the film’s set and costume design are millions of dollars ahead of Lifetime’s typically on-the-cheap aesthetic.

But Grace of Monaco also has a made-for-TV feel that harks back to an era when it was customary to not expect much from what was on TV as a whole. The writing is simplistic, the storytelling is ploddingly straightforward, the performances are at once stagey and sterile. “You can see the whole of Monaco, Mr. Hitchcock,” a driver says to Roger Ashton-Griffiths’s bald head (take a guess who he plays) in the film’s opening minutes, just one of many examples of the screenplay’s painfully obvious attempts at exposition. Later, Frank Langella’s Francis Tucker, a priest who acts as a confidant of sorts to Kidman’s Kelly, says to her, “You’re in Monaco, Grace.” Kidman exclaims with a heavy sigh — perhaps hinting at the silly unnecessariness of the words she’s about to utter — “I know I’m in Monaco.”

There’s a poorly edited makeover montage, complete with ballroom dancing lessons, an array of stylish outfits, and a particularly GIF-worthy scene of Kidman speaking French until she collapses in a fit of Parseltongue. Just after the film’s midpoint, the audience learns that someone has made an assassination attempt against French President Charles De Gaulle when Milo Ventimiglia, playing Kelly’s press agent Rupert Allan, approaches her and states, “Bad news: Someone’s tried to kill De Gaulle.” His delivery is lifeless enough to serve as a metaphor for Ventimiglia’s post–Gilmore Girls career. These moments are but mere life preservers of camp, tossed carelessly amid Grace of Monaco’s shipwrecked tedium.

The detail regarding the assassination attempt against De Gaulle is inessential to the film, but worth zeroing in on for its historical inaccuracy: Minutes prior, some onscreen text tells us that the scene is taking place on September 22, 1962 — a full month to the day before an actual assassination attempt on De Gaulle and his wife by French air force Lt. Col. Jean-Marie Bastien-Thiry. “It’s fictionalized,” Kidman said in defending the film against its detractors in a Deadline article circa its Cannes premiere. “We’ve said that. It’s not a biopic.” Given Grace of Monaco’s U.S. home, I can’t help but think of this year’s outrageous travesty Aaliyah: The Princess of R&B, which similarly played fast and loose with factual accuracy (including, most notoriously, with regard to the teenage singer’s questionable relationship with R. Kelly).

To boot, Lifetime’s Aaliyah biopic was no fun — and neither is Grace of Monaco, and that’s why its Lifetime debut is as incongrous as it is mildly sensible. The best Lifetime movies (wait, come back!) wriggle and squirm with the disease of tastelessness, all the useless decadence of a Double Down sandwich with the caloric harmfulness of, well, a Double Down sandwich. Grace of Monaco, comparatively, is a plate of kale that’s been thrown in a deep fryer, or a show horse that shits on the floor as soon as people enter the room — a film that tries so hard to retain composure that it loses all faculties on immediate examination. Grace Kelly left Hollywood and, with some difficulty, found a home in Monaco; Grace of Monaco has finally found a place to stay, too, but ultimately it’s not even good enough for Lifetime — if anything, it deserves an eviction notice upon arrival.

Songs of the Week: Summer All Around