Songs of the Week: Summer All Around 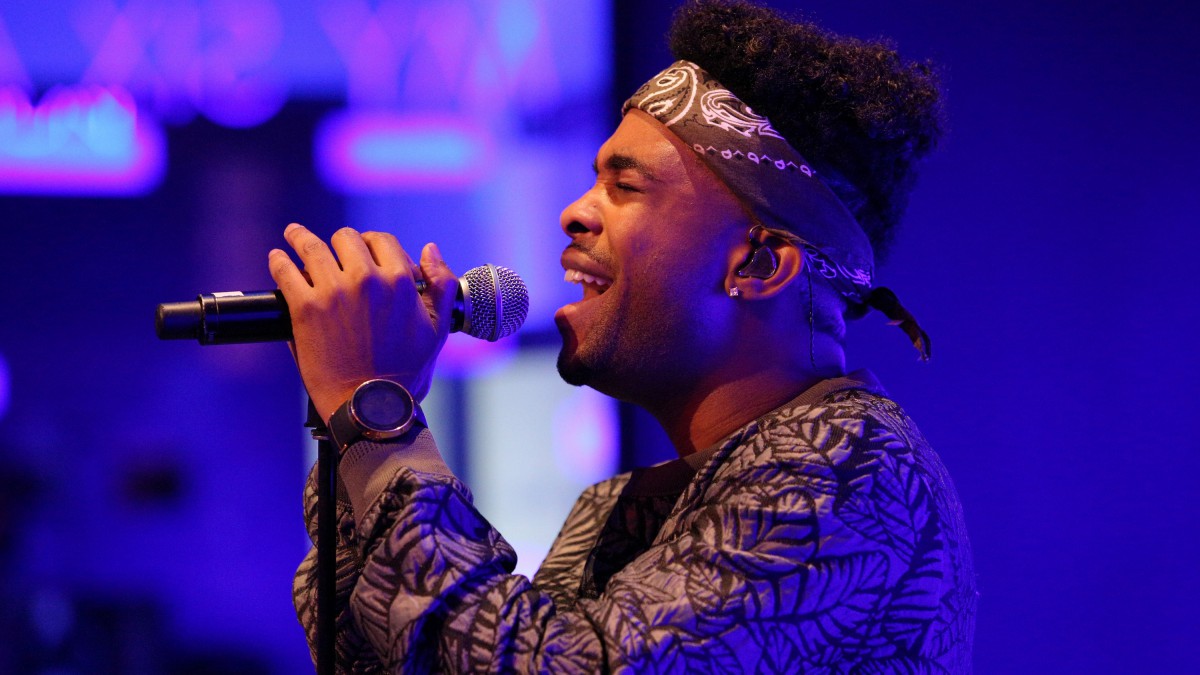 The title’s ellipsis leads into a chorus that goes, “I just wanna get fucked up with you,” which is honestly really sweet. Dej Loaf lends her increasingly ubiquitous, unique vocals to this song from Elijah Blake, a songwriter whose biggest credit is cowriting “Climax” for Usher. “I Just Wanna … ” nicely slides into the hard-edged but romantic R&B niche.

Dorrough Music ft. Problem, “Who Got It”

The production team League of Starz has worked with California all-stars like Snoop, E-40, and Too Short, and hot new jacks like YG, Problem, Tyga, and Ty Dolla Sign. They turned out yet another perfect West Coast banger for Texas’s Dorrough Music and L.A.’s Problem. The bass-heavy, lowrider-ready sound gives me that summer feeling.

Perhaps you, like me, did not know until this moment that there exists a supergroup made up of Franz Ferdinand and Sparks called FFS. I played this video not knowing who the band was (and expecting something different), and was pleasantly surprised by how Sparks-y it is, meaning feyly intellectual pop music with a beating electronic pulse.

This song is the audio equivalent of a dolphin float at a pool party. Sharlene Taulé is a Dominican singer and media personality who became known for a recurring role on a popular Nickelodeon Latin America show called Grachi that takes place at a school for witches. Mozart La Para is named after, you guessed it, Wolfgang Amadeus.

The funniest self-reflexive music video commenting on the unspoken tropes of music videos since “What They Do” by the Roots. HOLYCHILD appear to be the unholy children of late-period L.A. electroclash and Lady Gaga. They call it “brat pop,” and it could easily fit in a set alongside other bratty current pop stars like Charli XCX. The video is a think piece about capitalism, materialism, sex, and pop stardom, all done with a feather-light touch. Most importantly for any pop song, it’s catchy as fuck. In a scenario that is both ironic and highly understandable, HOLYCHILD have already had a song placed in an ad for the Apple Watch.

All those people who begged Miley Cyrus and Ariana Grande to put some clothes on? Your wish has been answered. Here are the toothsome twosome performing in outfits that cover up their whole bodies, namely unicorn and mouse onesies, so that you are forced to focus on the live vocals they are serving to you on this cover of Crowded House’s mid-’80s classic “Don’t Dream It’s Over.” In her most recent Backyard Session, Miley has covered the Replacements, Joan Jett, and the Turtles. Miley and I have the exact same taste in music? The best part of this is the breakdown in the middle when Miley starts flirting with Ariana and then cops to it. Miley is on a serious Elvis Presley (the Las Vegas residency years) trip with her vocals here.

Sometimes a song is titled so catchily that the song itself is kind of beside the point, and clearly Adam Levine is gunning for an inescapable summer anthem here. Produced by Swedish super-producer and Max Martin protégée Shellback, who did this song’s inverted twin, “Bad Blood” by Taylor Swift. I debated whether to put this song on the list, but ultimately I let its beer-fueled beach brah charms wash over me like a Bud Light in the salty air after a ripper beach volleyball tournament. The “AH HAH” chorus, Levine’s falsetto, and their disco single “Sugar” made me realize that Maroon 5 is the modern version of the Bee Gees.

Rae Sremmurd, “This Could Be Us”

Whatever your feelings about tiny baby brothers and rap heartthrobs Rae Sremmurd might be, if your heart isn’t melted by watching them pet cute animals on safari in this video, you are 100 percent playing.

BeenSha is a singer from the French West Indies, and that’s all the information I could locate on the Internet about her. But I enjoyed this chillwave soul jam and its low-budget video, in which she enjoys a kickback with friends and hangs out at a waterfall, so much that I had to include it.

Speaking of waterfalls … In this chill-out dancehall track, Jamaican singer Nae Nae twerks under a waterfall and makes it look like the most relaxing thing ever. It’s probably called “Raging Bull” because the video is so Method.

From Cannes to Can't: How Prestige Film 'Grace of Monaco' Ended Up on Lifetime