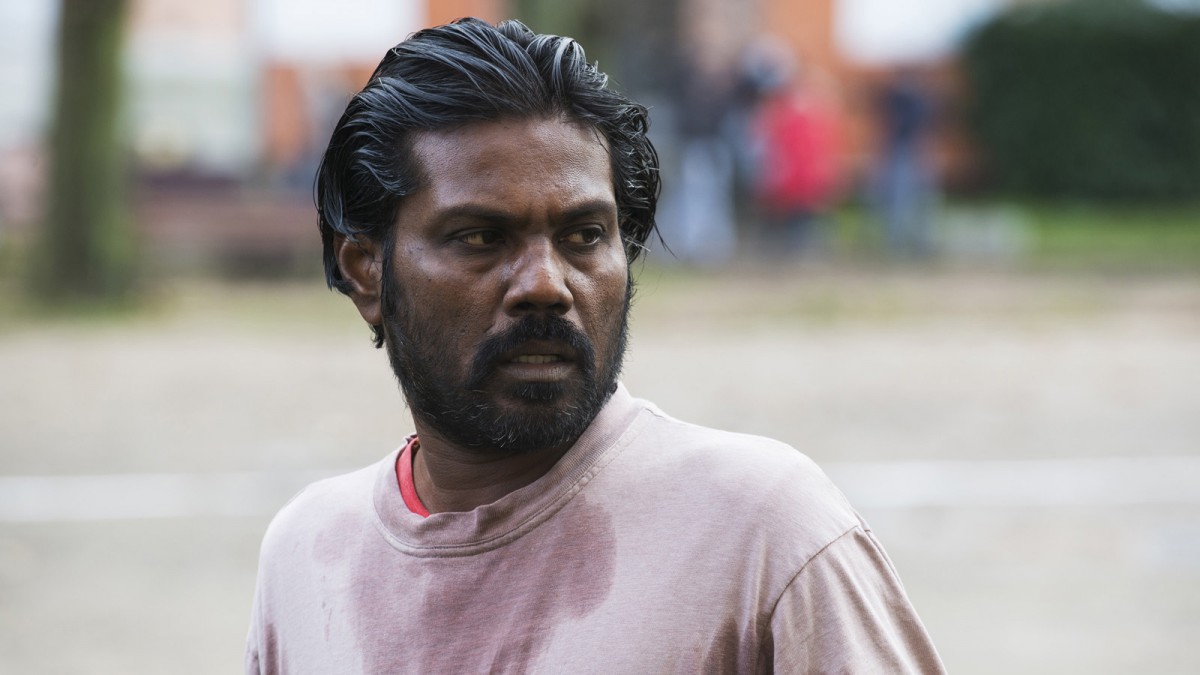 The truth about getting up to watch a movie at 8:30 every morning is that sometimes you can’t. You can’t, but you have to. Eventually, you will yourself to the Palais, relieved that you won’t have missed something, even if it turns out that you’re not missing anything. I awoke Thursday morning, aware that the new Jacques Audiard main-competition movie, Dheepan, was about three Sri Lankan strangers who pretend to be a family to escape and wind up living in a suburban Paris slum. I knew that it was short (for Audiard), only 109 minutes, and would probably end with the false family learning to become a real one. But was I in the mood for it?

I should also have known that Audiard, the director of The Beat That My Heart Skipped, A Prophet, and Rust and Bone, would find a way to take a potentially sentimental idea and set it on fire. I exited fully awake, though not entirely convinced that he had pulled off the ideological assignment he and his two screenwriters, Noé Debré and Thomas Bidegain, have given themselves. The Sri Lankans assume the identities of a family killed during the country’s civil war. The “father” (Jesuthasan Antonythasan) had been a Tamil Tiger fighter; he takes the name Dheepan. The “mother,” Yalini (Kalieaswari Srinivasan), could be 18 or 30; she’s petulant and eager to get to a cousin in London. She knows that Dheepan was a militant and a killer. Their pretend-daughter, Illayaal (Claudine Vinasithamby), looks 13 but has to pretend to be 9.

He gets a job as the super of the sprawling, run-down housing project, laughingly called “Le Pré” (or “The Meadow”), and finds Yalini what, to her, is good-paying work caring for an elderly resident named Mr. Habib. They alternate taking the girl to what appears to be a good public school. They’re more roommates than a family, but the arrangement is not not working. It’s a place to live, and their casual French improves. Audiard comes up with many lovely, important scenes, in which the three of them talk to each other, often in twos, about how they need to treat each other better and communicate more, about how strange French humor is. Each of the actors has a spark of charisma. Srinivasan has more than that. She’s a captivating actress who can do comedy, warmth, fear, and distress. Antonythasan manages to fold post-traumatic stress into the air of opacity he cultivates. There’s a lot going on in the dark of his eyes.

After about 40 minutes, you think you’re watching one of those realist immigrant stories of hope and survival and deepening emotional connection, and maybe of bad luck and misfortune that can be blamed on bad government policies or racism — and, to some extent, you are. But you’re also watching an Audiard movie. This means shots of Dheepan and Yalini watching gangsters across a long way gather suspiciously and weather their rivals’ attacks. Eventually, they’ll find themselves caught up in the fight too. Mr. Habib’s apartment doubles, for example, as the office of Brahim (Vincent Rottiers), the recently released king of the complex, who returns with an ankle bracelet and to much fanfare.

Audiard likes changing the movie he’s been making into something else. The Beat That My Heart Skipped was a gangster thriller that became a music-prodigy melodrama. A Prophet was a prison film that turned into a crime epic. Rust and Bone was a Marion Cotillard disability drama that turned into a Matthias Schoenaerts kickboxing movie that turned into about two other things before it was over. Whatever you think your money’s worth, Audiard wants to double it. So eventually, in the new film, the complex’s drug war triggers the barely suppressed post-traumatic stress of Dheepan’s soldiering years.

My jaw dropped at the violence. For one thing, it’s grisly and expertly done. For another, where did this come from? Audiard certainly lays the groundwork for the action-thriller the movie snaps into, and Jesuthasan barely has to change the gears of his intensity to pull off his end of the switch. But the abruptness of it gives you whiplash. That this sequence is able to go on for as long and as dangerously as it does without external interruption is either an indictment of French law enforcement or the laws of screenwriting or both. It feels like a severe overcorrection for the argument in A Prophet that dominance of the French crime world represented a major achievement for the country’s Arabs. As folklore, that movie was exhilarating; as politics, appalling. That applies here, too. Audiard’s sense of showmanship and his comfort with provocation make him fun to watch. He’s testing your morality — not frivolously, either. Still, that button-pushing can also make him exasperatingly arrogant. He doesn’t need to be right as long as he’s cool. 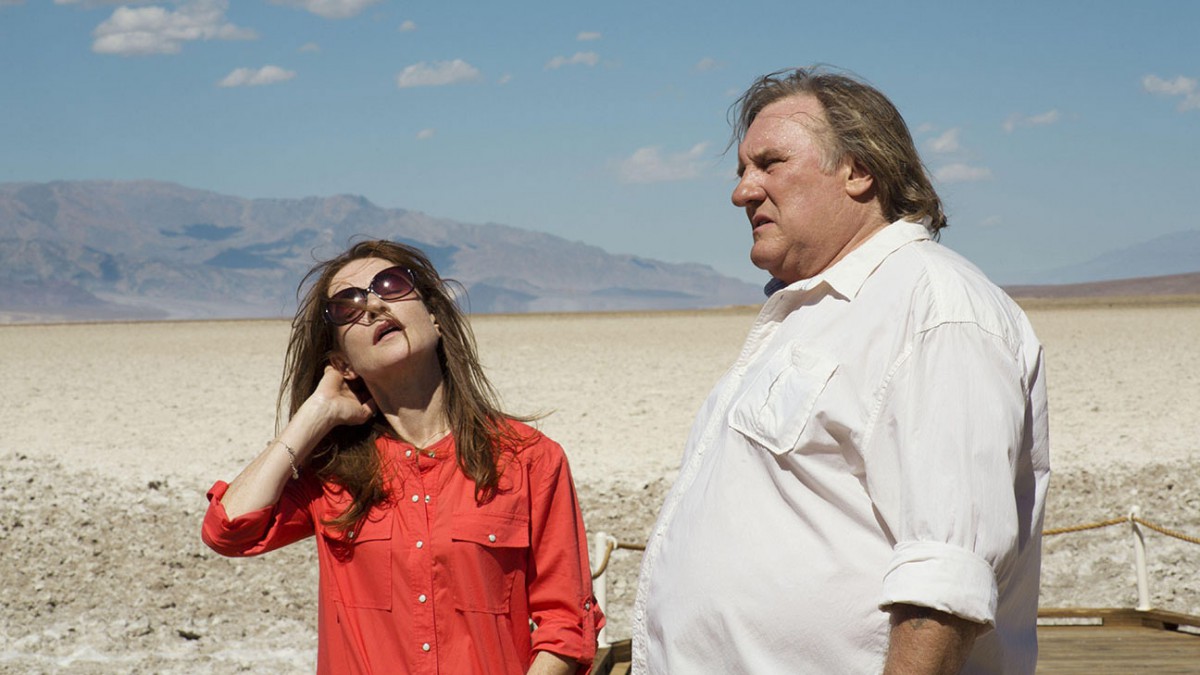 Of the 19 films in the main competition, five are French productions. Some complain that not all of them are worthy. This argument comes up every year. But what can you do? It’s a French festival. Sometimes it’s just a matter of some of the entries being the wrong French film. Guillaume Nicloux’s Valley of Love is the wrong film. On the one hand, the California-desert photography is stunning, and Isabelle Huppert and Gérard Depardieu are naturally great together. On the other, it’s preposterous. Huppert and Depardieu play a divorced Parisian couple who heed the respective suicide notes their late son wrote to each of them. The letters implore them to go to Death Valley, where he vows to reappear before them. She goes fervidly. He joins in reluctance, happier to reunite with her than to experience the probable anticlimax of the son’s impossible promise.

But things … start to happen. She screams that someone came into her motel room and grabbed her ankles. Sure enough, the next day a rash appears above her feet. He has a grim conversation with a disfigured woman on a tennis court. Is it a dream? Who cares? I didn’t believe any of this. Huppert and Depardieu are major salespeople — the end credits identify them only by their last names, the way you would Sears and Roebuck. They’re a contrast in bodies. Huppert’s is petite, her skin tight and galactically freckled. Depardieu is as much as ever a boulder with four limbs and a head.

For most of the film, he’s shirtless and so gentle in his giant-ness that looking at him look at her — never sure whether it’s safe to put his hands on her — is deeply moving. His physical nakedness complements his state of mind. The trouble is that what could have been a cute, slight movie between two big actors feels determined to be much more — more spiritual, more mystical. No one seems to find the son’s letters a final act of obnoxious cruelty. It’s treated like an emotional treasure map. But Nicloux doesn’t know how to bring the unexplained to bear. He’s incapable of grabbing at the darkness of parental grief, of making something even close, in its weirdness, to Don’t Look Now. When Depardieu presents Huppert with a rash of his own, the audience on Thursday night did the only thing it could: It booed.

From Cannes to Can't: How Prestige Film 'Grace of Monaco' Ended Up on Lifetime

Lowbrow Highlights: Analyzing the Greatest ‘This Season On’ Promo Ever on ‘The Bachelorette’