A Deadly Serious Review of ‘A Deadly Adoption’ 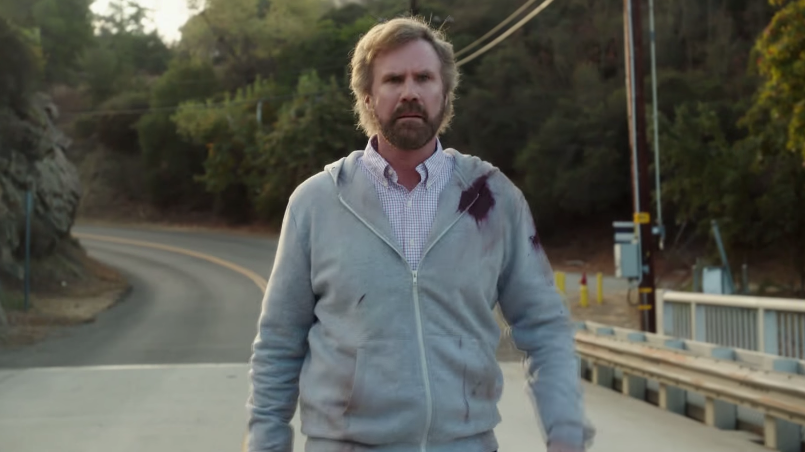 The following is a spoiler-heavy, intellectual, and critical analysis of Will Ferrell’s A Deadly Adoption. If you have not yet watched the movie and have plans to do so — or are susceptible to headaches when reading thoughtful, high-level film analysis — please click away now and go read this instead.

It’s been said that we “get the world we deserve,” and that’s never been more true than in Lifetime’s explosive new original movie, A Deadly Adoption. The film, which premiered Saturday evening, stars newcomers Will Ferrell (Casa de Mi Padre) and Kristen Wiig (Semi-Pro) as a married couple with a dark secret. Robert and Sarah don’t just struggle with the day-to-day grind of raising a child in today’s helter-skelter society full of half-naked people on magazine covers, video games, sugary treats in every grocery aisle, and 50 Shades of Grey–themed wine products. They also carry a hidden trauma — Sarah lost her baby in an accident that haunts Robert throughout a taut narrative full of twists, turns, role reversals, well-executed stunts, flashbacks, and strategically placed cutaways to gardening equipment.

A kind of icy detente has formed between the two lead characters in the years since that accident sent Sarah tumbling into the lake adjacent to their elegant Craftsman-style home. Robert has thrown himself deeper and deeper into his work as the author of financial self-help books. Sarah spends her time selling organic pastries with her best friend at the local farmers market. It all seems perfect — too perfect, you might mutter to yourself while watching this film. I know I did, many, many times; 253 times to be exact.

When Bridgette (played by Jessica Lowndes of Nine-Oh-Two-One-Oh fame), a comely single mother-to-be, arrives at their doorstep courtesy of an adoption agency, ready to gift them the child she is not ready to raise alone, that hard-fought peace is shattered. Infidelity, addiction, and bloody murder invade Robert and Sarah’s idyllic existence. Robert’s deceit — he had a sexual relationship with Bridgette (whose real name is Jodi) during a blackout-drunk bender — leads directly to a bloody confrontation on a bridge that forever changes their lives. Bridgette/Jodi feels that her experience with Robert ruined her life. He got her pregnant. She lost her baby. Robert is, in many ways, a modern-day Job figure: a man with a dark cloud of grief that follows him wherever he goes. He is preternaturally gifted at getting women pregnant, but he is equally skilled at manufacturing grief. In some ways you could say this film is a perfect allegory for the problems we face as a society today. We are Robert, spreading our seed willy-nilly across the globe. Mother Nature, in all her splendor, is crazy Bridgette flailing her firearm around for everyone to see.

A Deadly Adoption asks a deceptively simple question: How do people deal with tragedy? In the case of Robert, boozing and fornicating on countless book tours is his release. Sarah puts her energy into wholesome baked goods. Bridgette/Jodi deals with her grief by waving a gun around, pretending to be pregnant, drinking lots of coffee, and kidnapping little blonde girls. For some, stress eating is their cure for emotional turmoil. They ignore their promise, their potential, and their loved ones to stare blankly at the Domino’s Pizza Tracker (heavy metal theme, of course) as the status bar slowly switches from red to blue while “Nathaniel” or “Margaret” prepares the tools of their own self-flagellation. I bring this up only to remind you that sometimes what we plan is not what we achieve. Tragedy strikes us all equally. A Deadly Adoption posits the query: What will we do in the face of injustice?

This is a world where pregnant women drink coffee and no one says a word! BabyCenter.com, a scholarly journal on medicine and things related to doctors, indicates very clearly that caffeine is bad for pregnant women. This brings up yet another question: Why do we allow this woman to drink so much coffee, even if she’s faking her pregnancy? The characters in this film don’t know that she’s faking, and yet not a single soul would stand up for the health and safety of Bridgette’s (fake) unborn child. “How is this my problem?” they hypothetically ask in my as-yet-unwritten novelization of A Deadly Adoption as told from the perspective of best friend Charlie. That’s the same mentality that allows for all manner of atrocities, from the unsafe conditions of the average chicken farm to the recent release of the Entourage movie. By my count, Bridgette asked for coffee four times in the span of this two-hour thriller. Not once did anyone remind Bridgette of the very real dangers of caffeine on fake pregnancies. Just a moment of your time could head off a potential tragedy. It’s like not giving up your seat on the subway to a kindly old man with a noticeable limp who’s covered in flop sweat and finding out later that your impolite behavior turned that kindly old man into Donald Sterling.

Perhaps that’s the real tragedy of A Deadly Adoption — the tragedy of inaction. Charlie (Bryan Safi), Sarah’s best friend and occasional verbal sparring partner,1 has his karmic bill come due when Bridgette’s boyfriend Dwayne (Jake Weary) shoots him in the middle of the woods. Charlie had tried in vain to save Robert and Sarah’s child from Bridgette and Dwayne’s kidnapping/extortion scheme. Finally, Charlie steps up after letting (not) pregnant Bridgette drink coffee. Instead of wasting time calling the police or writing down the license plate number of the truck Dwayne drove into town, he heroically hops in his car to follow him to the cabin where they’re holding Robert and Sarah’s child. He knows full well that his cell phone will not get reception that far into the forest, that he is unarmed going into a potentially life-threatening situation, and he has no training for a hostage negotiation or rescue. That doesn’t stop him from choosing to do the right thing, but it’s too late. He’s already been damned. But, as A Deadly Adoption barrels toward its action-packed conclusion, it stops by the side of the road to ask yet another question: Is there such a thing as redemption?

For Robert and Sarah, there is. For Bridgette/Jodi, there’s nothing but a watery grave, though presumably the authorities fished her out of the lake and buried her in a real grave at some point. At the end of the film, six months later, Robert, Sarah, and their daughter enjoy a good laugh, some kickin’ tunes, and another happy day. A second chance is possible for these characters, though the film asks yet one more tantalizing question: Can this good time truly last?

Can it last for anyone?

Janet. Jackson. Is. Back. You Can Rejoice Now.