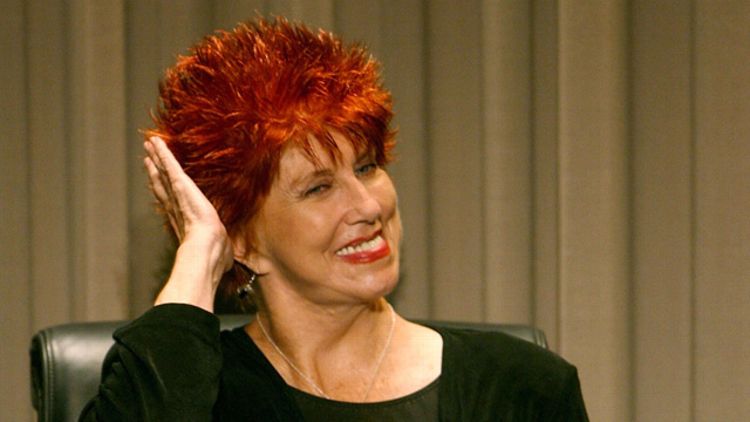 Marcia Wallace, the venerable character actor who voiced weary teacher Edna Krabappel on The Simpsons and played Carol Kester on The Bob Newhart Show, died Friday night of complications from unspecified illnesses. She was 70.

Wallace moved from Iowa to New York as a young actor and worked odd jobs to make ends meet, including substitute teaching English in the Bronx. In late ’60s New York, she was in The Music Man, did avant-garde theater, and formed an improv comedy group called “The Fourth Wall.” By the early ’70s she was being cast as saleswomen and busybodies on shows like The Brady Brunch, Columbo, and Love, American Style. She became a regular on The Merv Griffin Show, and when the show relocated to Los Angeles, so did Wallace. The role of Carol Kester, Bob Newhart’s smart-mouthed secretary, was written specifically for Wallace, and she became nationally famous for it.

The Bob Newhart Show concluded after six very successful years, and Wallace found herself on the game show panelist circuit, becoming a household face on shows like The Hollywood Squares, The $25,000 Pyramid, and Password Plus. She was a fixture on sitcoms throughout the ’80s, playing a number of variations on her signature wacky dame type. Unlike ingenues, character actresses tend to get even more work as they get older, putting a very specific face to generally faceless archetypes of older women in the workplace and world. Wallace continued to do theater while acting in films like My Mom’s a Werewolf, Ghoulies III: Ghoulies Go to College, and the cult hit Teen Witch. In Teen Witch Wallace plays the titular character’s favorite teacher as a hardscrabble, zany but levelheaded, brittle but ultimately sweet soul, all qualities that came to define her work on The Simpsons.

On The Simpsons, Wallace’s voice made Edna Krabappel so specific and real that she quickly transcended her initial characterization as one of Bart’s prime enemies. Edna’s whiskeyed cigarette-toasted voice, brittle with years of disrespect from children, their parents, and the administration, was immediately recognizable to anyone who’d attended school. She personified the teacher who has blatantly checked out, whose personal life always seemed a shambles, who you couldn’t help but pity but couldn’t avoid mocking with the rest of the kids. The third season episode “Bart the Lover,” in which Bart catfishes Edna Krabappel’s personal ad in the guise of a mysterious Don Juan named Woodrow, was a poignant commentary on loneliness and the human need for connection that ultimately left you feeling like Edna had been dealt some hard hands in her life. Wallace won an Emmy for “Outstanding Voice-Over Performance” for her work in it.

Wallace herself had endured a tough life that she weathered with comedy. She had a weight problem in her youth, and abusive alcoholic parents. She survived breast cancer and married a hotelier named Dennis Hawley, who died from pancreatic cancer in 1992, leaving her devastated and a single parent. She wrote a memoir called Don’t Look Back, We’re Not Going That Way! about her various struggles and a nervous breakdown. She worked continuously throughout, playing blue-collar women and service workers like waitresses, nurses, and maids, giving them all her inimitable voice. Wallace always maintained a positive attitude in the face of tragedy and was a vocal advocate for cancer awareness.

Shortly after the announcement of Wallace’s passing, Simpsons producer Al Jean issued a statement that a recently promoted death on the show was not Krabappel, but that Wallace’s “irreplaceable character” will now be retired. Yeardley Smith, another character actor and the voice of Lisa Simpson, tweeted “Heaven is now a much funnier place b/c of you, Marcia.” Wallace’s Simpsons legacy lives on in the canonical box sets of the series, where Edna Krabappel’s sarcastic gibes, sad asides, and derisive “HA!” of a laugh can be replayed ad infinitum.

Filed Under: In Memoriam, The Simpsons, Obituary