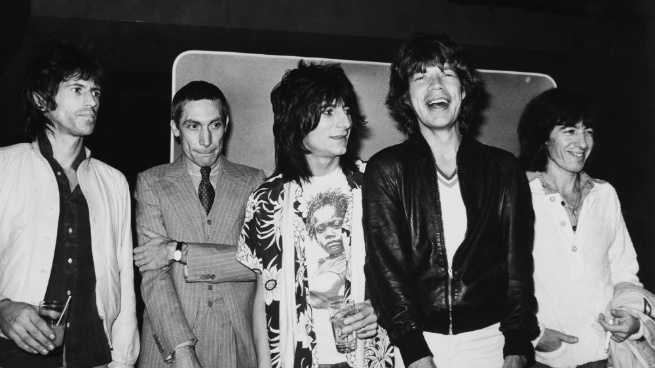 Two new TV projects want to do for other genres what Nashville has done for, well, Nashville. Fox’s Empire is Lee Daniels’s TV directing debut, and will take place against the background of hip-hop culture, while Martin Scorsese is set to helm an Untitled Rock Project for HBO about the hard-partying ’70s New York music scene. Here’s everything we know so far about the two upcoming pilots.

Empire: The hip-hop world in the present day. So far no information about whether it’ll take place primarily on the East Coast, West Coast, Midwest, or Dirty South.

Empire: Daniels is attached as a director, and it’s being written by actor Danny Strong, who moved into screenwriting fairly recently. Strong wrote Daniels’s The Butler, the HBO movie Game Change, and adapted the Hunger Games book Mockingjay for the upcoming two-part release. Empire is being executive produced by Brian Grazer and Francie Calfo.

Untitled Rock Project: It is being executive produced by George Mastras (Breaking Bad), Scorsese, Terence Winter, and Mick Jagger. Mastras and Winter are cowriting the script, and Scorsese will direct the pilot, based on an idea by Jagger that he first tried to shop as a film.

The Next Tony Soprano/Don Draper/ Walter White? Or the Next Nick Dalton? 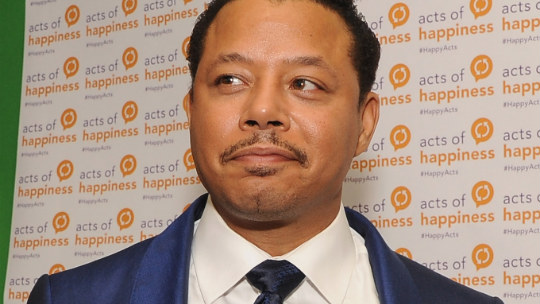 Empire: Terrence Howard as Lucious Lyon, “a man coming from nothing who is on the verge of taking his record company, Empire Entertainment, public.” Lucious was “raised on the streets” and “has never backed away from a fight.” 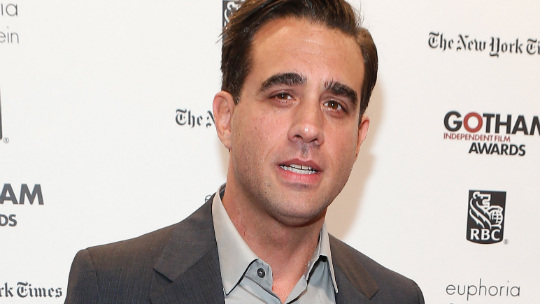 Untitled Rock Project: Bobby Cannavale as Richie Finestra, “the founder and president of a top-tier record label (American Century Records) with a great ear for discovering talent who undergoes a crisis of character when confronted with a life-altering decision.” A hothead with a coke problem, Richie sounds like your classic premium cable antihero, as well as a classic Scorsese front man. Gotta say, a little boring at this point. As much as I stan for True Detective, I am not shy to admit that the TV landscape is choked with too many sad/angry white dude protagonists. How can Winter prove this won’t just be Boardwalk Empire ’77? After all, big names and a great milieu are just as likely to be awesome as airless and pompous. But will there be a lot of topless random chicks in the background? I’ll bet you a million dollars yes, possibly involving a mudshark.

And … the Leading Ladies 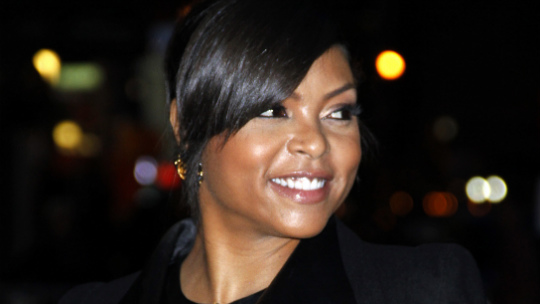 Empire: Taraji P. Henson will star as Cookie Lyon, described as Lucious’s “sexy and outrageous” “vengeful ex-wife” who has just gotten out of jail after serving 17 years for drug trafficking (which helped launch Empire) and wants her cut. Henson was starring on CBS procedural Person of Interest last year, but her character was killed off. On Empire, she’ll be reunited with her Hustle & Flow co-star Howard. Henson has been turning in solid work for nearly two decades after debuting on TV in a 1997 episode of Sister, Sister. You know who else worked on Sister, Sister? Terence Winter! He wrote two episodes in the mid-’90s. Henson has had parts on shows like The Division and Boston Legal, but hasn’t quite had the huge breakout role she deserves yet. Empire could provide it, and with Think Like a Man Too coming out this summer, this could be Henson’s big year. 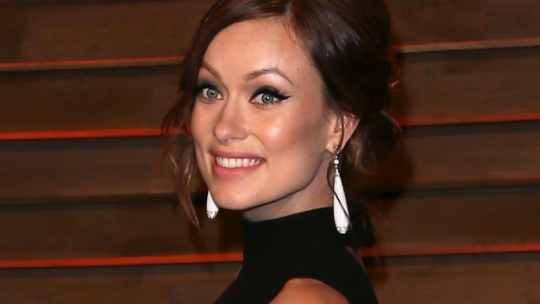 Untitled Rock Project: Olivia Wilde will play “Richie’s wife Devon, a former actress-model” who returns to her “bohemian lifestyle” after a few too many years spent playing house with Richie. Wilde is returning to television after finally making it off television, having started out with roles onThe O.C. and House M.D.. She has expressed annoyance at how few good parts there turned out to be for her in film, having played the hot girl in big budget CGI fare like Tron: Legacy and Cowboys & Aliens. Last year she starred in Joe Swanberg’s Drinking Buddies, which proved again that Wilde can act her face off. Devon Finestra sounds like a perfect fit for Wilde’s slinky feline charms, although I’m already picturing her as a brunette version of Margot Robbie’s character from Winter’s The Wolf of Wall Street, only wearing ’70s Halston instead of ’90s Versace. One thing I can reliably predict for the pilot: She will throw something breakable at Richie Finestra.

And … the Other Characters 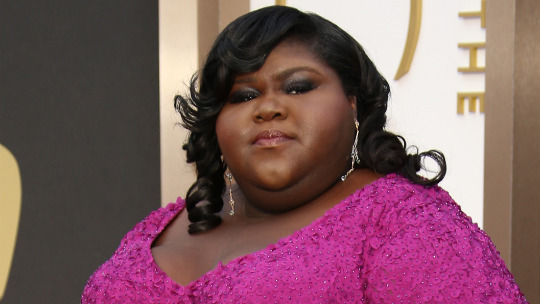 Empire: Gabourey Sidibe just signed on to do a recurring part as Becky, Lucious’s assistant. Sidibe is coming off the third season of American Horror Story, and continues to defy the critics who thought she’d be a one-hit wonder with Precious. Tasha Smith will play “Miss Carol,” and Jussie Smollett has been cast as the Lyons’s son, Jamal, whose homosexuality troubles his father. 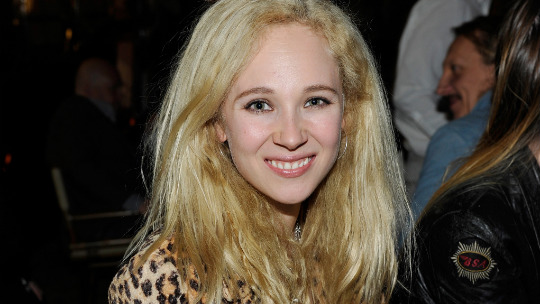 Untitled Rock Project: Juno Temple, who was excellent in Afternoon Delight, will play Jamie Vine, an A&R scout on the make who’s described as “ambitious” and “uses her keen abilities to manipulate people and blend into the various subcultures of the New York music underground, in order to break through the glass ceiling and get ahead.” Hopefully, Jamie will be more Peggy on Mad Men than Maggie on The Newsroom. So far nobody, beyond Cannavale, Wilde, and Temple has been announced, although I can imagine they’ll fill out the cast using the same pool of fantastic character actors HBO generally draws from for projects like these.

What About the Music, Maaaaan?

Empire: Timbaland will provide the soundtrack for the pilot, although the show will presumably also feature newish music, with the huge caveat that they will have to be the clean versions that can be played on a prime-time network show.

Untitled Rock Project: No music supervisor has been announced yet, but there are a few ways this could go: (a) they spend a billion dollars licensing really expensive classic music from the time period (with a Jagger-dependent potential discount on the Stones), (b) they spend less money to license less-obvious great music from the time period, or (c) they go original. It could also be some combination of all three. It’s very hard to replicate a time-specific sound without falling into the musical uncanny valley. The best iterations are in movies like Almost Famous and Inside Llewyn Davis, but even then, the brain never forgets it is listening to “Fever Dog” instead of “When the Levee Breaks.”

But Will It Swing?

Look, there’s always a risk making a work of art about the music world. Too much reverence is a trap, as is too much glamour. If you want to see a great behind-the-scenes account of how much it sucks to be in the Rolling Stones circa the ’70s, track down Robert Frank’s unreleased documentary Cocksucker Blues (named after an unreleased Stones song they did to get off their contract at Decca). Cocksucker Blues is less about the satin fringe cocaine parties and more about the parade of lowlifes and junkies that the cocaine parties and satin fringe attract. Also, being on tour is tedious, even if you have a private jet. If you want to see how much it sucked to be a rap star in the ’90s, watch the documentary Tupac: Resurrection, which illustrates the problems in Tupac’s own words, mostly expressed in archival footage.

Blending the fictional with the factual is incredibly tough to pull off. If you never mention real bands, it seems surreal, but if you do mention real bands, it takes the audience back into reality where your fictional acts don’t exist. It’s interesting that both shows chose a behind-the-scenes approach, rather than making musicians the main characters. On the one hand, it excises the painfulness of having to show the creative process onscreen. On the other hand, wouldn’t you rather see a show that’s sort of a roman à clef about Jagger’s life? I for one am much less interested in the business side, no matter how many huge bowls of cocaine sat on tables during meetings in the ’70s. I’ll still certainly tune in for Empire and the Scorsese series. It’s just that my expectations are so high I’m already adjusting to keep them low. In the meantime, for a vivid portrait of the Stones’ late ’60s era told from the POV of a music journalist, check out Stanley Booth’s The True Adventures of the Rolling Stones.