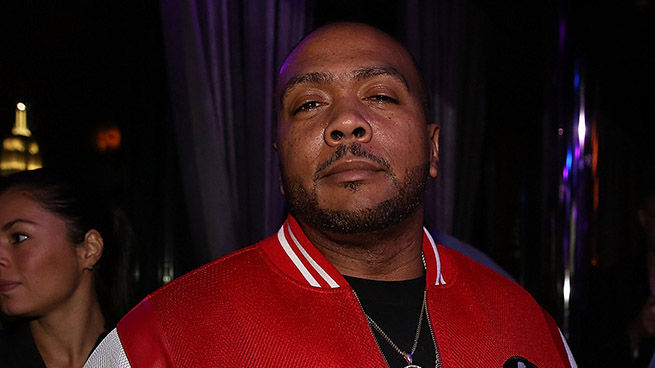 Fox has been developing Empire, a drama about a family in the hip-hop industry, for more than a year, with director Lee Daniels, über-producer Brian Grazer, and Emmy-winning screenwriter Danny Strong (Game Change, The Butler) in charge. In the past few weeks, Terrence Howard and Taraji P. Henson have signed on to star. The project’s been intriguing except for a gaping hole at the center: Where’s the hip-hop? You can’t do this kind of show and use the generic, watered-down ringtone-rap every other network series wants its middle-aged viewers to believe is hip-hop. You just really, actually can’t.

Enter Timbo. After an enormous 2013 working on Beyoncé, Magna Carta … Holy Grail, and a two-album Justin Timberlake renaissance, Timbaland will act as songwriter and music producer for Empire. “Timbaland’s involvement resembles Nashville’s signing of T Bone Burnett for the pilot and the first season,” Deadline writes. Tim won’t be on the hook for the entire soundtrack, though — the plan is to include “a mix of new and existing music.” Hopefully that doesn’t mean “Empire State of Mind” winds up as the theme song.

Empire will mark Lee Daniels’s television directing debut. The plot revolves around Howard’s “Lucious Lyon, a charismatic, savvy music superstar who is about to take his company, Empire Entertainment, public. Raised on the streets, he has never backed away from a fight and will resort to any measures, fair or foul, to defend his beloved Empire.” If I didn’t use up all my hopefullys on that prayer against “Empire State of Mind,” I’ll add one more: Hopefully Lucious doesn’t flat-out say “I was raised on the(se) streets.”