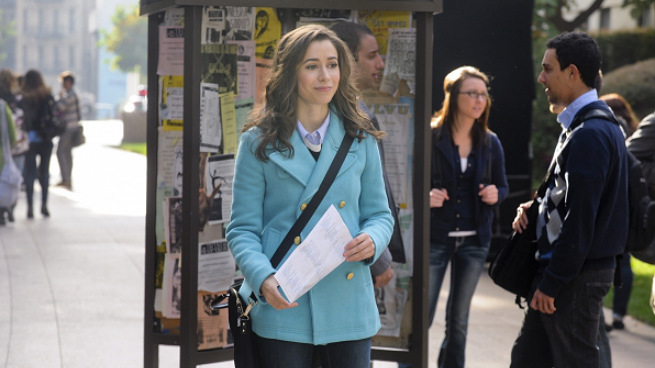 SPOILER ALERT: According to some heavy hints laid down in last night’s episode of How I Met Your Mother, our good friend Your Mother might … already … be dead. Well, “already” in the sense that the ending of the show has allegedly been locked up tight for years, and that the finale is now just a Denzel runaway train to the inevitable. According to the Internet, this development seems to be either:

(a) Deeply angering everyone who has stuck with this sitcom through the latter years of its curdling, yet still hopes for a long-promised heartwarming denouement that would make it all worthwhile

(b) Deeply depressing everyone who has stuck with this sitcom through the latter years of its curdling, because, go to hell with your negativity, they still like it just fine, but damn, really, Your Mother is gonna die?? That is super sad!

(c) A little bit of both

So how do we know Your Mother is probably already afflicted with the illness that will steal her precious life? Slate charts last night’s big twist:

“[W]ith their older wig and makeup on, we see [Ted and Your Mother] sitting down for dinner. Ted prepares to tell yet another story only to be interrupted by the mother, who says she’s heard it already. ‘You’re the love of my life, Pooh Bear,’ she tells him. ‘I just worry about you. I don’t want you to be the guy who lives in his stories. Life only moves forward …’

“He then continues with another story” [NOTE: Ted, WTF dude, she clearly doesn’t wanna hear any more of your goddamn stories], “about Robin’s wedding, and the surprise appearance at the ceremony of Robin’s mom. What mother misses their daughter’s wedding, Ted’s wife asks. Ted looks at her and begins to cry. She gets him to tell yet another story, distracting him, but with just a few more episodes left, the ending seems to be clearer than ever.”

And now, the backlash is strong. As Friend of Grantland Alan Sepinwall writes: “Why would they think it was a good idea to keep the audience waiting for seven seasons to get a look at the woman of Ted Mosby’s dreams, to then sprinkle enough of her through this final season to make us fall for her too … and then right as the present-day story is closing in on the moment of the eponymous meeting, tell us that in the not-too-distant future, the Mother is going to get sick and die? Why would they think it was wise to drag out the happy ending and then tell us that it’s all headed for tragedy?”

Adds Time’s James Poniewozik on the issue of Your Mother’s passing (while nodding to the possibility that this a really weird bit of misdirection): “[I]t retroactively makes the series that led up to it nonsensical. If Ted and The Mother are alive and happy in 2030, it’s understandable, if a little eccentric, that he’s regaled his kids with eight years’ worth of stories about how he became the person who ultimately would fall in love with their mom. If she died young, though, why wouldn’t he spend 90% of his breath telling them about Slap Bets and Robin Sparkles videos rather than the stories he lived through with their dead mother?”

Important note here: In 2010, our own Alex Pappademas interviewed HIMYM’s Jason Segel for GQ, and, together, the power duo called it all. The now highly relevant crux of the conversation:

You want to know my theory? We’re going to find out at some point that the mother’s dead. And adult Ted has been telling them all these stories about the mother they never knew. It’ll retroactively cast the entire show in this dark-comic light.

[without missing a beat] I suggested that also.

How was that received?

Scoffing. They don’t care about what I say. [laughs] I had two other suggestions, too. One is that they’re dead. The two kids and their father — they’re dead, and they’re in purgatory, and he’s telling the story for eternity.

It’s the worst punishment ever! They have to spend eternity listening to their dad’s boring stories.

And then my other suggestion, which they never used, which I think would be so funny, is — it’s the future, right? I think in one of those scenes, they should open the window, and it should be, like, a postapocalyptic wasteland outside. It should be like I Am Legend. Horrible mutants.

Filed Under: TV, How I Met Your Mother, Jason Segel

Women Tell All: How to Destroy Your Bachelor on National Television