Paul McCartney's Got Something Brand-New for You 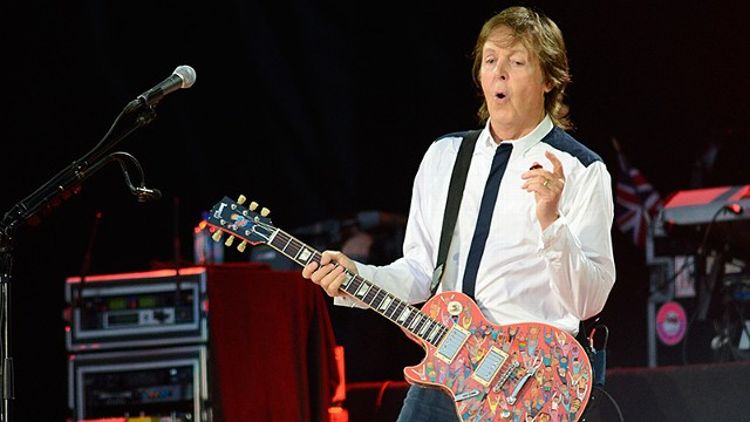 For the first time since 2007, Paul McCartney will be dropping an album of all-new original material this year. Only appropriate, then, that the new album, out October 15, is called New. And if you’re all, “Hello! Hello! Kisses on the Bottom! What about Kisses on the Bottom??” Listen: That LP, from early last year, was mostly a covers album. Also, stop yelling “kisses on the bottom” at me.

The title track and lead single from New has already been made available, and it’s a thoroughly Macca-esque production, all full of sunshine, rainbows, and the chirping of cartoon birds. Check it out!

One last thing: The press release points out that this track was produced by Mark Ronson, and that the other 11 tracks on the album were all worked on with “new collaborators.” Does this mean we’re getting one of those “established artist works with the cream of the crop of the next generation (or at least, some people his granddaughter thinks are cool)” album? And, if so, which collaborators might that be? I’d start guessing right now, but it’s probably just going to be 2 Chainz a bunch of times.

Best Song of the Millennium, Round 5: What the Hell Just Happened?