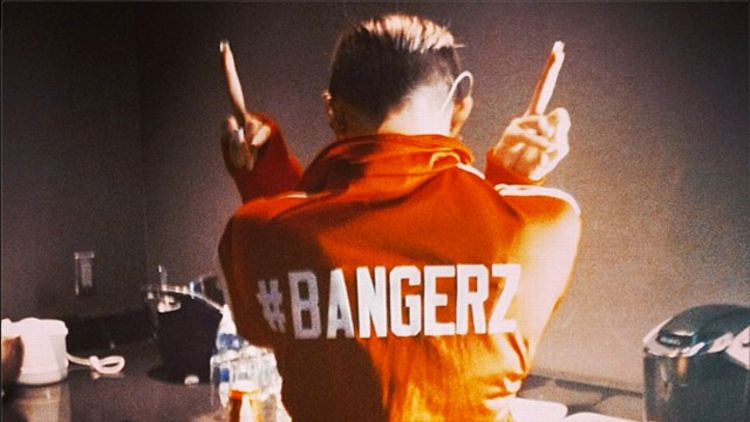 Did you actually think the response to Miley Cyrus’s VMA performance was going to make her reconsider her new direction? I thought she told you that we can’t stop. Miley’s performance was so controversial because it made everyone take a step back and examine the blurred lines of personal identity politics in 2013. Was Miley an overly sheltered idiot who made an ass of herself, or was she just taking Jay Z’s advice to mean she should keep twerking her way into a fantasy postracial future?

Or was Miley possibly a genius who knew her nutty performance would overshadow Katy Perry, Lady Gaga, and a brief but glorious ’N Sync reunion? Miley’s twerk apocalypse was instantly memeable, which is now the most important quality for anything to have. Memeability has always been the point of awards shows; we just didn’t have the technology yet to reconstitute all the most memorable moments the next day as GIFs.

I preferred Miley’s strip twerk to Britney Spears’s nude rhinestone pantsuit tease, because Britney cared only about titillating the audience, while Miley also made us laugh really hard. Sure, a lot of people were convinced that we were laughing at Miley, not with Miley, but not me. I believe that Miley knew exactly how crazy she’d look twerking manically with a bunch of teddy bears. That was kind of the whole point. And maybe she knew that the teddy bears would be considered a special fuck-you to her Hannah Montana audience, who had grown up with her and only recently grown out of teddy bears themselves. But you know what children often do with stuffed animals? They hump them.

Miley’s pigtail buns and constant tongue extending really reminded me of Keith Flint from the Prodigy. Flint is spastic and intense, and he’s not expected to look sexy performing, but rather get you pumped the fuck up. Gossip blogs speculated that Miley was dancing with yours truly during her performance, but I refuse to snitch. How has Miley influenced the national discourse in the two days since she twerked her way into America’s bad graces and a few hearts? Let’s see.

#MILEYTAUGHTME that “twerk” is now in the Oxford English Dictionary, 13 years after the Ying Yang Twins asked us to whistle while we twurk (fairly difficult!). The Ying Yang Twins have a new song out, too … called “Miley Cyrus.” It’s hilarious and has a fake Miley twerking in her now infamous unicorn costume. According to the Ying Yang Twins, “it ain’t got shit to do with color, they going to the club and shaking that motherfucker.” They also say “with her camel toe, she’ll steal the show, put her pussy in your face like a freaky hoe.” Whether or not the Ying Yang Twins are the arbiters of your taste, you’ll admit that provocation is always best when it’s funny.

#MILEYTAUGHTME that it doesn’t matter how big your butt is if you have balls as huge as hers. She took a risk and it paid off. Miley knows that it’s funny to thrust a foam finger in everyone’s face like it’s a huge phallus, especially when huge phallus personified Robin Thicke is up there in a striped jail suit singing about wagging his dick in your face. Some are upset about Miley because they think she looks too whorey (not a thing!), and there are legitimate complaints about Miley’s appropriation of black culture. There are two issues that overlap: the racial double standard that makes a place for Miley Cyrus in rap music while making most actual female rappers of color invisible (Nicki Minaj is but one woman with several personalities) in the mainstream, and the sexual double standard that criticizes Miley’s behavior but allows for Thicke’s.

#MILEYTAUGHTME that you need more people to vet you, Miley. Miley may not have known that having black dancers appear as her background accessories was offensive and ignorant, but couldn’t someone on her team have pointed it out to her? Anyone? Miley’s blatant fetishizing of black female bodies like that of statuesque burlesque dancer Amazon Ashley left a bad taste in lots of mouths. I’m sure Miley thinks her performance was an homage and not a minstrel show, but it’s not up to her to decide how people receive and judge her act once it’s out there.

#MILEYTAUGHTME that Miley needs to be taught some basic critical race theory and some American history. It’s not anyone’s responsibility to teach her, and Miley has to want to learn, but she seems open-minded and I think her heart is in the right place when her ass is everywhere. Miley could start by reading up about the #solidarityisforwhitewomen hashtag and read pieces by Lauren Walker, Roxane Gay, and Mikki Kendall. She needs to read the Tressie McMillan Cottom post that explains in incontestable terms what exactly is so problematic about Miley’s new image.

#MILEYTAUGHTME that releasing multiple singles in different lanes is a great strategy. You don’t like “We Can’t Stop”? Fine, here’s “Wrecking Ball.” You want rap Miley? Here she is as featured performer alongside Wiz Khalifa on “23,” the new single from her “We Can’t Stop” producer, Mike Will Made It. I love “23,” and honestly, Miley is a better rapper than Amber Rose. Her vocal fried voice is great for ad-libs. Sure, it’s cringe-y to hear her rap about being “high on purp,” but I really believe her when she talks about “standing on the couch.” I can picture that perfectly.

Rap is not a monolith, and it’s one of a few genres that continues to evolve. There’s room for ratchety confections like this and serious backpacker bullshit at the SAME DAMN TIME. As music became increasingly digital, the differences between genres collapsed. You’d be hard-pressed to find a genuine rockist these days. Everyone likes everything, including rap and country. ’90s babies like Miley came of age in an iTunes world, where Wu-Tang, Britney, and Garth Brooks commingled freely with the Stones and the Clash and Daft Punk. Yes, this is also how we got the Black Eyed Peas, but every experiment is due to produce some unsavory results. There will always be genre purists, but they are increasingly rare.

I like to think that the democratization of musical knowledge through the Internet has allowed people to expand their field of taste beyond previous financial constraints. If you aren’t limited to buy only one record per week and can listen to almost anything you want on a streaming service like Spotify, there’s reason to believe that you will be more experimental with music. But there’s also a good argument to be made that taste has become both wide and shallow.

#MILEYTAUGHTME that it’s important to open up the conversation about these issues, even if it turns out that people completely disagree on the specifics. Miley might be embarrassed about this phase eventually. Or she might not! If Miley makes people cringe and feel embarrassed, we need to talk more about why.

#MILEYTAUGHTME that controversy is good for business, which might be why king of controversy Kanye has supposedly recruited her for a top-secret “Black Skinhead” remix. What would that possibly sound like? We’ll just have to wait and see, assuming it’s not just dreamt up by the New York Post. If it is real, it’s so crazy it just might twerk.

#MILEYTAUGHTME that Miley is a conversation piece. “Miley” is now shorthand for white girl, replacing “Lohan” and “Becky.” Miley is a household name synonymous with twerking like Pee-Wee Herman during “Tequila” in a teddy bear–upholstered leotard. She is … the nucleus?