Miley Cyrus Tops the Hot 100 the Old-Fashioned Way — With a Great Song! 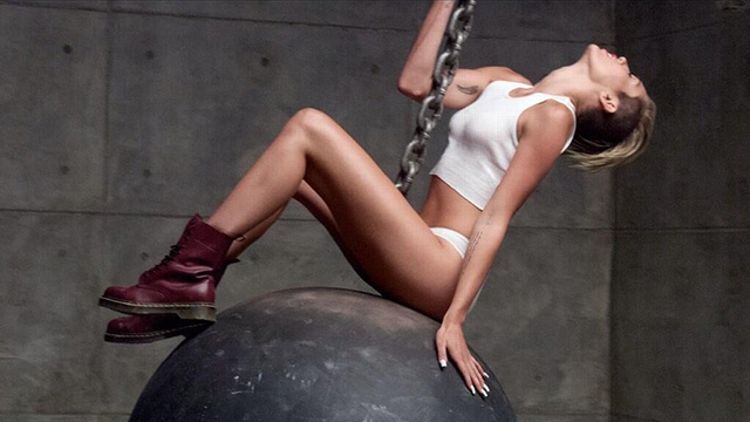 I am not Miley Cyrus’s manager — the best evidence of that is her insanely successful campaign to be the most talked-about pop musician by a mile for the last three months. But if I were her manager — IF! — I might be feeling a little protective right now. Her latest checkpoint on her journey of total cultural dominance was the news today that “Wrecking Ball,” the second single off of her upcoming album Bangerz, has reached the no. 1 spot on Billboard‘s Hot 100. You may recall that earlier this year the algorithm for the Hot 100 changed to include YouTube traffic in its calculation of America’s Most Popular Song (this was how Baauer stayed at the no. 1 spot for five weeks). You may also recall that the video for “Wrecking Ball” is very naked, very silly, and has spawned thousands of parody clips. So, yeah, do the math.

The thing is, I’d bet money that “Wrecking Ball” would have reached no. 1 with color bars for a video because it’s a big, earwormy ballad and sounds like a no. 1 song. But it probably would have taken a lot longer than the three and a half weeks it has been since the song’s release. And it’s not as if the charts have ever been a measure of artistic genius, and maybe this is totally lame and old-fashioned for me to say (not as old-fashioned as Cher), but I feel like there’s a little more dignity in becoming a chart topper because nobody can get your damn song out of their heads, not because you deep-throated a hammer for Terry Richardson. NOT that there is anything wrong with deep-throating a hammer for Terry Richardson as an overall life choice! But at the absolute bare minimum, the charts should actually be about music, right? (Table your “Gangnam Style” counterargument right here; it topped the charts before the YouTube shift.)

It’s more fuel for the haters, especially when coupled with the new and naked-er alternate Bangerz covers that were released today. As Miley’s imaginary manager, I don’t want the impending “Miley’s only popular because she never wears clothes” arguments to have a leg to stand on. Miley loves to bait the haters, and she has kept them in check pretty well so far, but she’s 20, and when I was 20 I rode around the streets of Los Angeles with no helmet on a bicycle with faulty brakes.

Machete Kills Trailer: Have You Gotten Your Fill of Disembowelment-by-Helicopter Today?