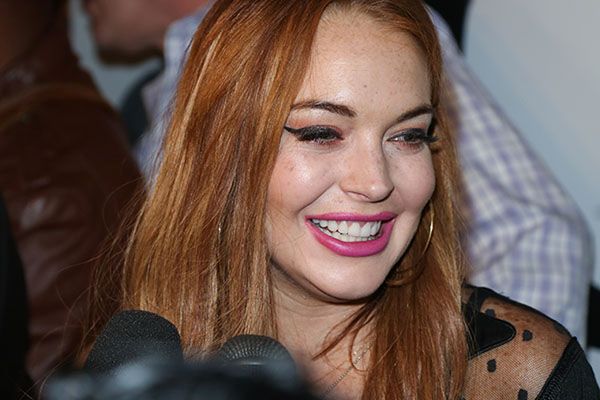 On Sunday, August 19, Lindsay Lohan invited her friends over to the residence of Sam Magid, a wealthy man with whom she was in a “longstanding relationship,” for an all-night house party. On Monday, August 20, Magid called the police, claiming that $100,000 worth of watches, jewelry, and sunglasses had been taken from his home. After being named a suspect in the case, Lindsay spent a couple weeks dodging police questioning before the charges were eventually dropped.

At this point, I have to assume Lindsay knows exactly what she’s doing, and that she’s simply gunning for her own volume of Hollywood Babylon. How else can you explain the disappearing robbery charges, Lohan passing the blame off on Suge Knight’s “son” Andrew, or the fact that someone who has been prosecuted for stealing jewelry in the past would end up anywhere near a jewelry heist? Lindsay is much too stubborn to stay far away from trouble.

On the other hand, you almost have to admire how Teflon La Lohan is, how often she racks up charges and slips them off like expensive bracelets she was JUST TRYING ON. She is the Griselda Blanco of Lifetime movie actresses. Her insistence that Andrew Knight is the real culprit is uneasily close to that time she blamed a 2007 Malibu car-jacking on “the black kid.” She claims her memory of the night is hazy due to being on Ambien, which is convenient but also possibly true.

But it’s just Lindsay’s luck we’ll never know whether she stole the items in question, because the case is already closed. She patched things up with her “friend” Magid. The case was withdrawn after he decided he didn’t care enough to follow through, and that “potential eyewitnesses have refused to become involved.” Lohan escaped immediately to New York. Somehow, owing to fortune or the crooked justice system, Lohan made it out of L.A. without being dangled by her ankles off a balcony by Suge Knight.

We’ve made peace with the knowledge that Mean Girls Lindsay is never coming back. There’s Emma Stone now, whose comic timing and charm almost make up for the fact that her roots come in blonde. But we still wonder what will become of Lindsay Lohan, child actress turned perennial tabloid fixture. Whether we’ll ever hear a story about her that’s good. There’s only one thing left for Lohan to do: start a rap label.

Don't Worry, Rachel Weisz, We're Not in the New Terrence Malick Movie, Either