Don’t Worry, Rachel Weisz, We’re Not in the New Terrence Malick Movie, Either 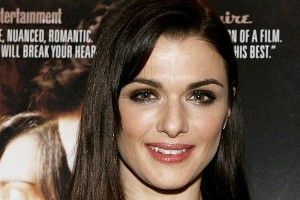 The difference, though, between us and Weisz? We were on the sidelines the whole time; we didn’t shoot a role in the new Terrence Malick movie, only to have it cut out of the final product. Even though that final product is almost two hours long. And Weisz is famous. Is this awkward? This is maybe just a little bit awkward.

Malick, your favorite recluse auteur’s favorite recluse auteur, is, for the first time in his career, not taking years and years between movies: He’s coming back with To the Wonder just 18 months after The Tree of Life. Wonder stars Ben Affleck as a man who falls fast in love with a woman in Paris, brings her home to Oklahoma to get married, and then ends up in the arms of his hometown sweetheart (played by Rachel McAdams) instead. The Playlist explains that “it’s believed the story is fairly autobiographical — Malick himself also absconded to Paris and came back with a wife in tow, only to split with her and marry his childhood friend and current wife, Alexadra ‘Ecky’ Wallace.”

Weisz was at one point set to play a friend of Affleck’s character looking out for his best interests. But, as she told an Italian newspaper, “I had the experience of working with him [Malick] but I will not have the pleasure of seeing my work.” According to the Italian source, “it seems that [her] part has been cut.” Really, Terry? You can’t give our girl Weisz so much as a scene? Just a little snippet somewhere? Maybe even after the credits roll? Or just one quick little bit of her riding a velociraptor? And to think, she already went off and told all her friends she was doing a Terrence Malick movie. Boy oh boy, is Rachel Weisz going to have egg on her face.

But Weisz can take some solace in the fact that she may not be the only one. Jessica Chastain, Barry Pepper, Michael Sheen, and Amanda Peet all had roles in Wonder as well, but aren’t listed on the Toronto International Film Festival’s entry for the flick. I mean, if true, I’d almost like to see Malick push even further in this direction. Next time, maybe he can cast an Avengers/Expendables-esque murderer’s row of fancy actors and cut all of them entirely out of the movie? Thanks for coming by, Brad Pitt! No luck today, Christopher Plummer! Later for you, Marion Cotillard!

Filed Under: Movie News, Terrence Malick, To the Wonder

Sequeltology Day 3: The Revenge of the Fallen