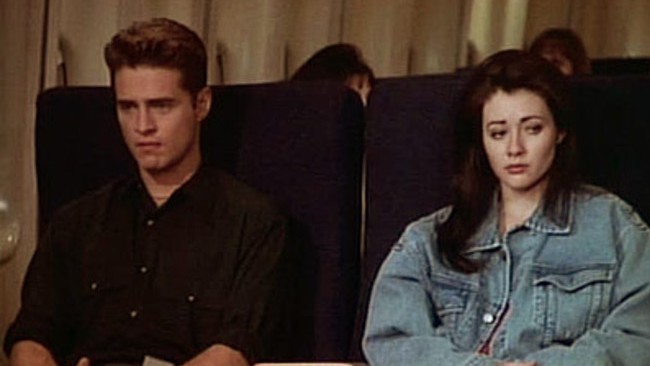 I thought we’d seen it all from Lindsay Lohan. She’s been in and out of rehab. She’s crashed a car in spectacular fashion. She’s disappointed Oprah. She’s bombed on stage and screen. Is there anything left in this world for her? Well, yes, there is.

TMZ reports: “Lindsay Lohan is in a London hospital with a rare, incurable virus she apparently picked up in Bora Bora.” In fact, she received treatment for the virus, called chikungunya, at King Edward VII’s Hospital, which is where Queen Elizabeth II goes when she’s ill. TMZ initially wrote that Lohan had been abroad to film a commercial, but the Daily News’s report says she was in Bora Bora on vacation. Assuming the latter is correct, this means Lohan made the trek in spite of a CDC warning issued after an outbreak of 51,000 cases of chikungunya in French Polynesia. Mosquitoes carry the virus, which causes fever and joint pain. It’s supposed to clear up after a week, though it could last for months. Essentially, LiLo ignored a travel advisory, which led to her inflicting an arthritis-like disease on herself. She probably said to herself, “I haven’t done anything idiotic or damaging lately, so a trip to Bora Bora sounds like a great idea!” It’s difficult to summon any sympathy for Lohan, but at least she still has her mom in her corner. Dina was en route to England as of yesterday morning (and is presumably there now). Swift recovery, Lindsay.

Harvey Levin & Co. have framed the coming Comedy Central roast of young Biebz as a way for the delinquent to “[acknowledge] hijinks from DUIs to pissing in kitchen buckets.” They also added, “Justin definitely seems to have changed over the last 4 months. People around L.A. tell us he’s polite again, respectful and extremely generous.” Who are these “people”? Are they on Bieber’s payroll? Is it Scooter Braun? TMZ must have well-placed Bieber sources, because the site somehow also managed to capture fairly high-quality video of an impromptu, acoustic performance. He supposedly “spontaneously grabbed a guitar and hit the stage,” and his song of choice was “I’ll Be” by Edwin McCain. While that song is a classic, it’s difficult to envision Bieber listening to it often of his own volition.

I’ll be waiting on a corroborating report not from TMZ before believing the hype, but if it is true, perhaps it has to do with mentorship from “hipster pastor” Carl Lentz. Bieber was photographed going to Lentz’s church several times back in November and December. Maybe he found God.

Shotgun Wedding of the Week: Zooey Deschanel and Her Baby Daddy

Not only are Zooey Deschanel and producer Jacob Pechenik expecting a child together, they are also now engaged. As every gossipy outlet has pointed out, Zooey’s sister Emily is also pregnant, so these forthcoming cousins will be close in age and presumably pals. But maybe they’ll hate each other. Who knows?

Throwback Spat of the Week: Jason Priestley and Shannen Doherty

Without Soapnet, Beverly Hills, 90210 could easily fade into obscurity. There haven’t been new episodes in nearly 15 years, but the Soapnet reruns kept the memory vivid. Thankfully, this week Shannen Doherty and Jason Priestley are reminding us of the magic that made the show so special. Doherty went on SiriusXM and accused her former onscreen brother of memory loss due to a race-car crash in 2002. She took issue with how he characterized her in his memoir. Quoth Doherty: “[H]e had a car accident, a racing accident, and I think maybe parts of his memory got altered from that … I don’t really know. I just know that at some point everybody just needs to sell a book. Right?” This is exactly something Brenda Walsh would do! Brenda provoked controversy to varying degrees of severity, but Brandon almost always just rolled his eyes. He’d give her the serious talk when necessary, but usually her fights with her father, Jim Walsh, or Steve Sanders or Dylan McKay were resolved when Brandon got the last cheeky word. Jason Priestley did just that in this case.

PS. Love you Shannen… I had nothing but love for you in my book…had u read it u would have seen…

Hope Solo’s husband, Jerramy Stevens, a former NFL player, was arrested for a DUI earlier this week in Los Angeles. At the time, she pulled a Reese Witherspoon, asking the police officers, “Don’t you know who we are?” Oh no. The situation worsened from there. Stevens was fined $5,000, and now Solo has been suspended from the U.S. women’s national team for 30 days. U.S. Soccer found out about the arrest like the rest of us — from TMZ. Always tell your boss when you’ve been arrested.

Fangirl of the Week: Katy Perry

TLC is mounting something of a comeback. T-Boz and Chilli are reuniting this summer and going on tour with the New Kids on the Block and Nelly. TLC is also recording a new album, and funding it through Kickstarter. NKOTB has pledged $10,000, probably to avoid any awkwardness on tour. The real surprise is that Katy Perry pledged $5,000, which buys her a slumber party with T-Boz and Chilli. Katy seems like the type who knows all the words to every Left Eye verse, and she was probably very into the prophylactic fashions of the girl group’s early days. I would have preferred she purchase their services for the Super Bowl halftime show, but I’ll settle for some Instagrams from the forthcoming sleepover.

The Way She Was: Barbra Streisand’s March Through History