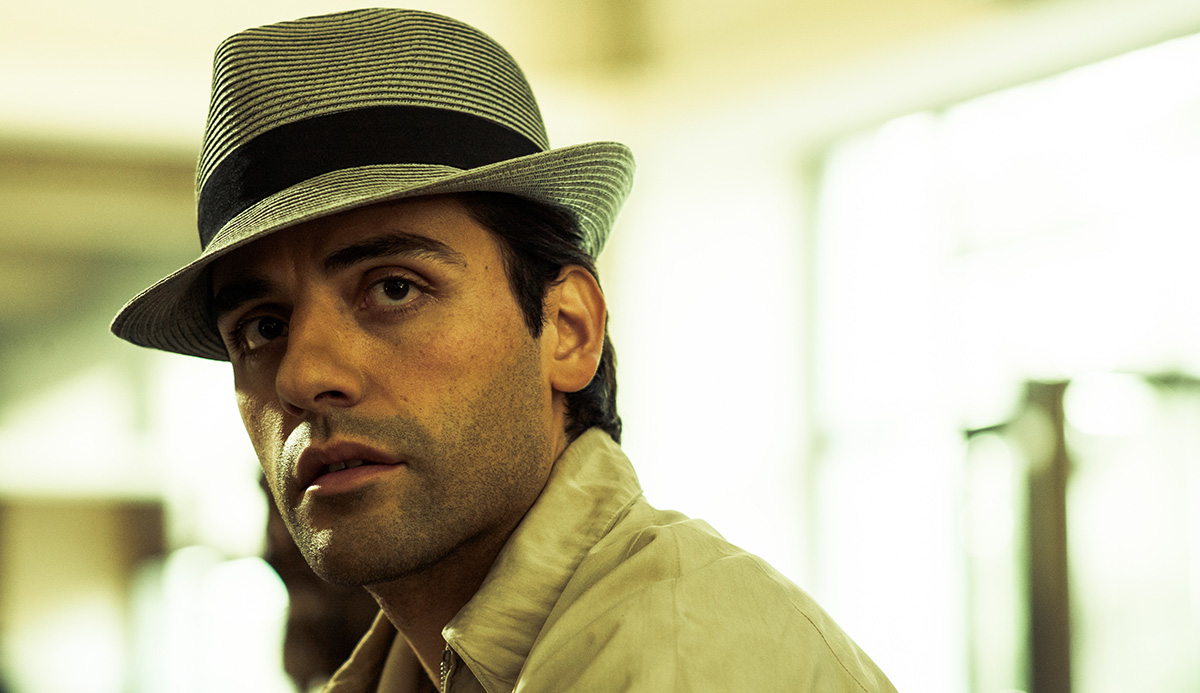 Oscar Isaac is a great actor, a fine musician, a magnetically charismatic screen presence, and a supernaturally handsome man. What he is not is a movie star, though I suspect that will change very soon: Later this year he’s set to appear as Poe Dameron in Stars Wars: The Force Awakens, and in 2016 he’ll be Apocalypse in the next X-Men movie. Just one of those should be enough to make Isaac the business, but apparently Hollywood isn’t taking any chances. For now, Isaac is a lottery ticket yet to be cashed in, an atomic equation just waiting to be calculated. That is why I heartily recommend buying stock in Oscar Isaac now, while he’s still somewhat of a secret — he’s worth a fortune and yet woefully undervalued.

You can currently see Isaac in A Most Violent Year, where he stars as Abel Morales, an ambitious striver angling to become a heating-oil industry mogul in the outer boroughs of early ’80s New York City. In spite of the title, Morales isn’t a violent or even especially aggressive protagonist. Any potential for the usual crime-movie flamboyance is contained in A Most Violent Year by Morales’s moral code, which is as rigid as the boxy suits and winter coats he cycles through. Modeled in ways both spiritual and sartorial on the proto-yuppie Michael Corleone from The Godfather: Part II, Morales operates in a world in which organized crime exists as a fitfully acknowledged subtext to every business deal and personal relationship. But Morales is not a man of physical action; he’s determined to follow the “most right” path, which hews closer to Office Space than Goodfellas.

The tension in A Most Violent Year derives not from shoot-’em-up set pieces or a pileup of corpses — though there is a little of both — but from whether Morales can secure the funding to complete the purchase of land that will help him grow his business. Morales channels his ruthlessness into haggling over interest points for bank loans. His spreadsheets spill blood. He has a need for tedium.

If it’s already possible to describe a part as “a prototypical Oscar Isaac role” — the 34-year-old actor is still something of a striver himself — then Morales fits the bill. Like the titular ’60s folkie Isaac portrayed in 2013’s Inside Llewyn Davis, Morales is a marginal figure who doesn’t see himself as marginal, a guy whose life is nonetheless subject to the whims of greater men and shadowy forces he can neither control nor fully comprehend. While the characters otherwise couldn’t be more different, what Abel Morales and Llewyn Davis share is an utter lack of exceptionalism. Both would normally be relegated to the background of a handful of scenes in most films. But Isaac plays them as the giants they are in their own minds, while also conveying the gnawing anxiety that accompanies their creeping self-awareness.

Another common thread for Isaac’s two highest-profile roles to date is that neither garnered him a Best Actor nomination. I understand there are reasonable explanations for this: A Most Violent Year came out right before the Oscar voting deadline, effectively killing any chance of building buzz with the electorate. (The film overall received zero Oscar nominations.) And neither A Most Violent Year nor Inside Llewyn Davis were major box office hits or critical darlings. Isaac didn’t serve up Oscar bait, and the Oscars subsequently didn’t bite. (There’s also the matter of Isaac being of Guatemalan Cuban descent and this year’s acting nominees being uniformly Caucasian, which is the opposite of a reasonable explanation.)

Let’s assume for a moment that the Oscars are strictly about recognizing the best and brightest: We’re talking here about a young Dustin Hoffman with the looks of a young Al Pacino. In Inside Llewyn Davis, Isaac got to show off more of his tools — when he plays “Fare Thee Well” at the Gorfeins’ dinner table, it’s up there with Keith Carradine strumming “I’m Easy” to Lily Tomlin in Nashville in the annals of “I’m acting my ass off while also singing my ass off” movie performances. But A Most Violent Year should have cinched Isaac his “leading man with gravitas” status. Let’s be real: Channing Tatum can’t be Clooney or Denzel. But Oscar Isaac has those chops. All that’s missing is a coronation, which is why the lack of Oscar Isaac love at the Oscars — do the Academy Awards people not see the obvious cross-branding potential? — is a little mystifying. 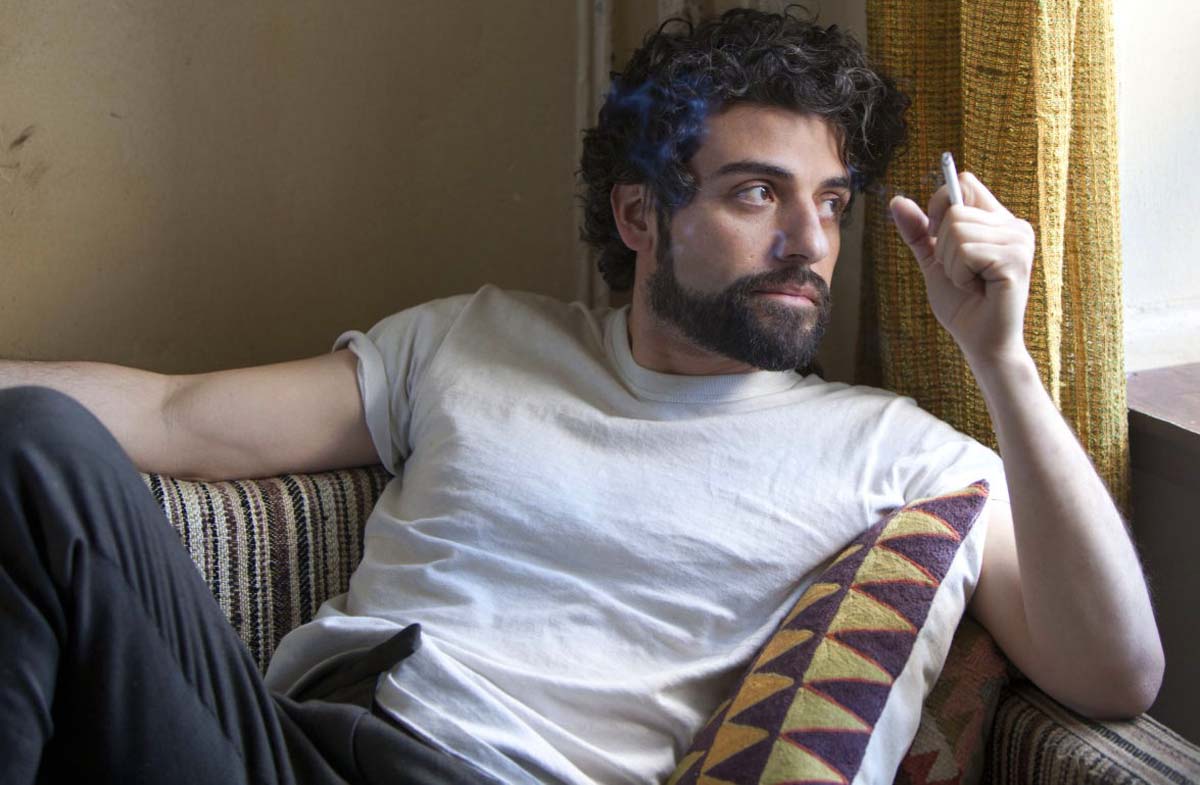 Isaac’s strength as an actor is his ability to play several different notes in a character concurrently. When it comes to layered performances, the man is a virtuoso. Take this scene from A Most Violent Year. It’s the closest thing Isaac has in the film to a show-offy moment:

As these sorts of scenes go, Isaac is noticeably controlled. He’s not Leo going James Brown on his underlings in The Wolf of Wall Street or Michael Douglas preaching the gospel of greed in Wall Street. Isaac is merely instructing his new sales recruits on how to gently coerce prospective customers into buying his fuel. You get the feeling he’s given this speech 100 times. He tells them to always accept tea over coffee when offered a choice of refreshments during a house call, because tea is classier, and he wants the customer to associate his company with the classy option. He instructs his representatives to stare down the customer, in order to make it difficult for them to say no. When one of the recruits giggles out of discomfort, Morales raises his voice just slightly — this is no joke, this is his life — but it still registers as a scolding.

What Isaac does here might not seem challenging the way, say, playing Stephen Hawking is challenging. But it does require striking a tricky balance. Isaac shows us how Morales prefers to see himself: an upstanding man who talks piously about serving hard-working people with a good product. And we also see who he really is behind his well-tailored personal code: a desperately hungry man whose distaste for violence extends only as far as it keeps his company out of legal trouble. By the end of Morales’s sales pitch, those sides have merged. When he talks about looking someone in the eye and telling them the truth, it feels like a threat. 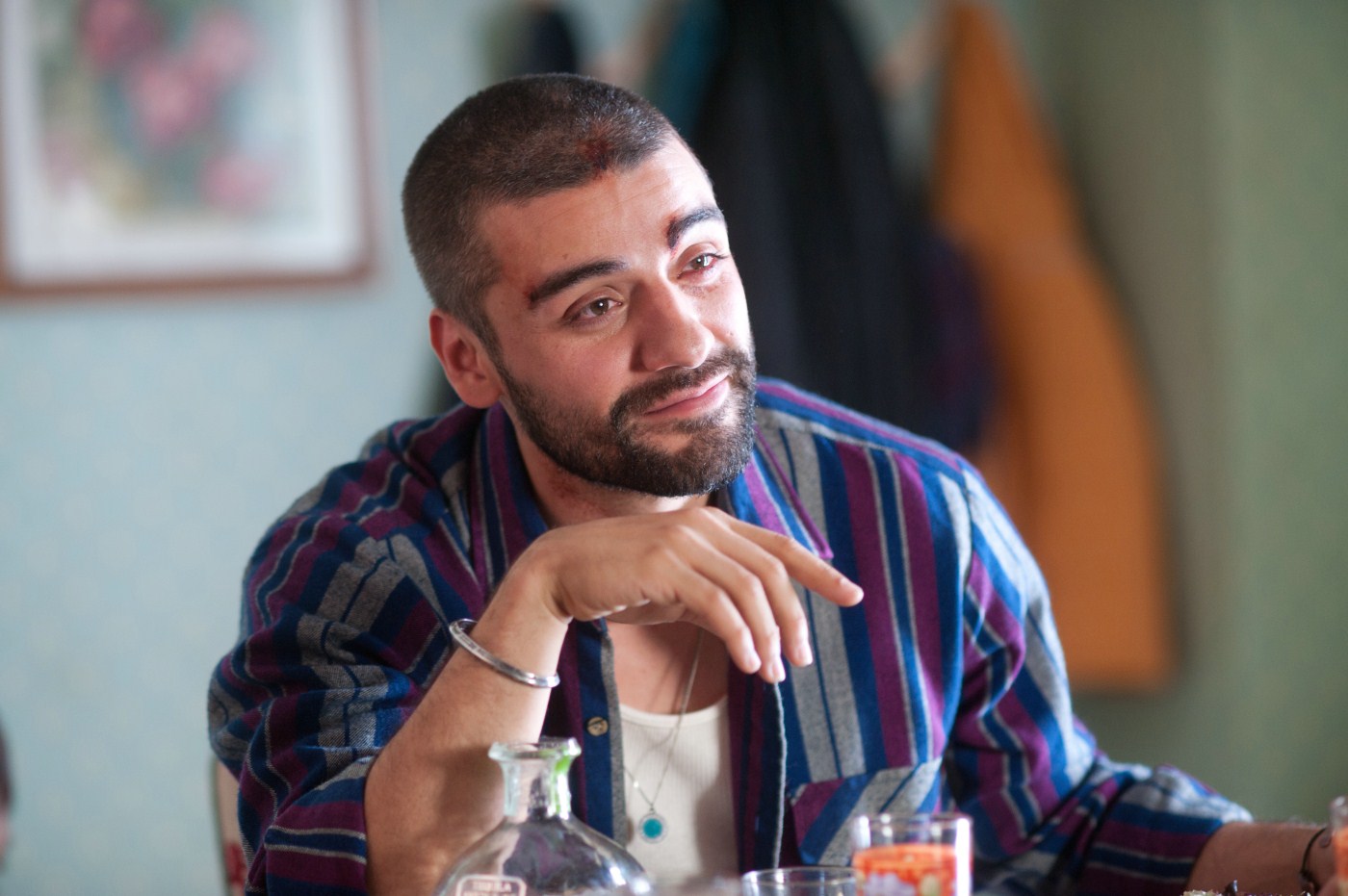 This scene reminded me of the first time I noticed Isaac, as Carey Mulligan’s doomed husband, Standard Gabriel, in Drive. Once again, Isaac played a striver caught on a fault line between hero and villain. He also demonstrated his capacity for menace during superficially cordial interactions.

Born in Guatemala and raised in Miami, Isaac graduated from Juilliard in 2005 and landed his first breakthrough role the following year, playing Joseph, a.k.a. Jesus’s father, in The Nativity Story. Supporting roles in lesser films by Steven Soderbergh (Che: Part One), Ridley Scott (Body of Lies, Robin Hood), and Zack Snyder (Sucker Punch) followed. In 2011, Isaac starred in an ensemble comedy called 10 Years with Channing Tatum, Chris Pratt, Kate Mara, Anthony Mackie, and Ron Livingston that I really wish was as phenomenal as the cast but is only just OK. The same year as Drive, Isaac appeared in Madonna’s directorial debut, W.E., and was gratefully allowed to make more movies afterward.

Another recent Isaac performance worth seeking out is in 2014’s slept-on The Two Faces of January, a nifty Patricia Highsmith adaptation — Isaac’s talents are ideally suited for Highsmith — where he is cast in the femme fatale role as a good-looking grifter named Rydal wedged between a jealous, scheming husband (Viggo Mortensen) and his weary wife (Kirsten Dunst) while on the run in Greece. Isaac’s work in January somehow makes what he does in A Most Violent Year even more impressive: Rydal looks 10 years younger than Morales and is no more than half as canny.

What remains is Isaac’s multidimensional humanity. Rydal enters January as the movie’s presumptive sinister character but he winds up being the only honorable figure in the movie … maybe. Isaac never lets you quite pin this guy down. The pleasure of watching him — as it is with every Oscar Isaac performance — comes from seeing him slip in and out of your expectations.

Filed Under: Movies, OSCAR ISAAC, Star Wars: The Force Awakens, a most violent year, The Two Faces of January, Drive, Inside Llewyn Davis