A Civilian’s Story: How J.C. Chandor Inverted the American Crime Saga With ‘A Most Violent Year’ 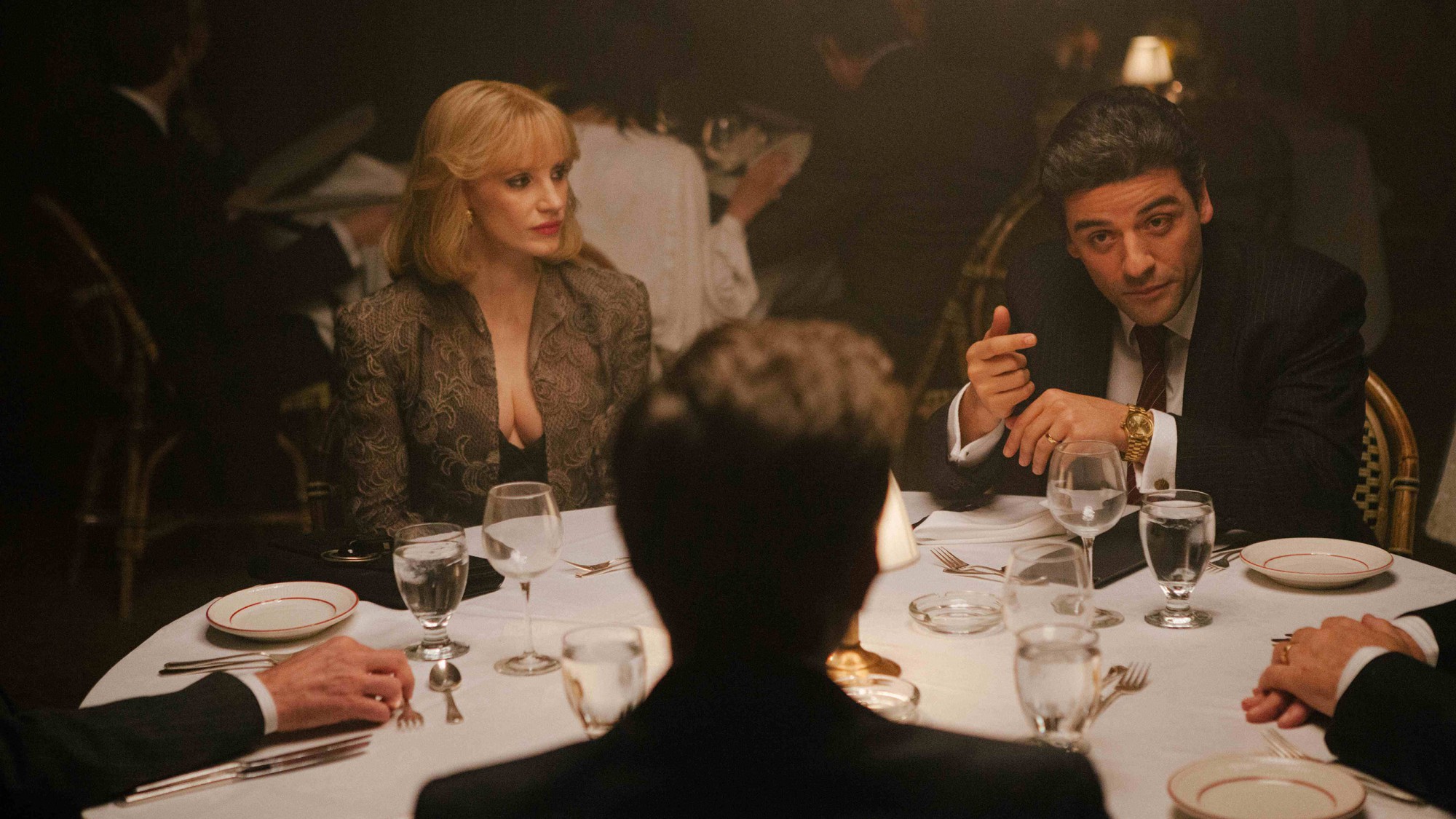 “I spent my whole life trying not to become a gangster,” Abel Morales says, his diction flawless, his resolve barely cracking. Encased in a broad, stiff camel coat, with his hair coiffured into a bouffant that could repel a hurricane, Abel, played by a masterfully controlled Oscar Isaac, may not look like a working stiff. But he is the only honest man in A Most Violent Year’s menagerie of crooks, thugs, and connivers. It’s not the only thing that’s deceptive about J.C. Chandor’s third feature.

“This was certainly a movie and a type of storytelling playing off this classic kind of gangster movie that I love,” says Chandor, whose two previous films were 2011’s Margin Call and 2013’s All Is Lost. “And my hope was to take some of the tenets of that type of story and twist them a little bit, and potentially tell a more reality-based narrative about a couple trying to build a business in a very difficult time.”

The movie is set in New York’s outer boroughs in 1981 — a historically corrupt and, yes, violent year — Abel’s business is heating oil, and he is a self-starting entrepreneur of a high order. Alongside him is his pugnacious Bronx-born wife and CFO, Anna (Jessica Chastain, aflame), and his loyal consigliere, Andrew Walsh (a gregariously cynical Albert Brooks). Together they are a small but rising operation confronted by a mysterious band of goons robbing their delivery trucks and siphoning off their product to less-punctilious competitors. The violence is causing a chain reaction that requires action: Drivers need protection, banks need reassurance. But Abel and his team — already being surveilled by an ambitious assistant district attorney (David Oyelowo) — are cautious to a fault. The bootstraps approach that Abel, a Colombian American seeking a grand and maybe illusory American dream, has employed his entire life will not be enough. Abel has dressed the part of a gangster — he looks like someone we know, someone who will cross the line — but his reluctance and inability to break a personal oath is the through line of Chandor’s movie.

“My dad worked on Wall Street in the ’80s and he’s a fairly conservative guy — he always wore his standard run-of-the-mill suit and the whole nine yards — but I remember talking to him after Oliver Stone’s Wall Street came out,” Chandor says. “It literally changed the way boardrooms and senior offices were made and certainly changed the way people spoke and dressed. And so the movie almost influenced the broader culture of what it meant to be a stockbroker in the ’80s in New York. And so if you’re in the heating oil business in 1981 in Brooklyn and Long Island City, if you don’t think that old Michael [Corleone] had something to do with your image of yourself and what you were projecting into the world … well, let’s just say it did.”

The Corleone family and The Godfather are everything and nothing to A Most Violent Year. It has the brooding tone and shadow-swept photography — courtesy the cinematographer Bradford Young, who also lensed Selma — that Francis Ford Coppola utilized to historic effect. It has the insiders’ portrait of a corrupt business. It also bends upon the broken bonds within a family. And it has that wardrobe and that hair and that vibe, like reflections in a polluted lake. 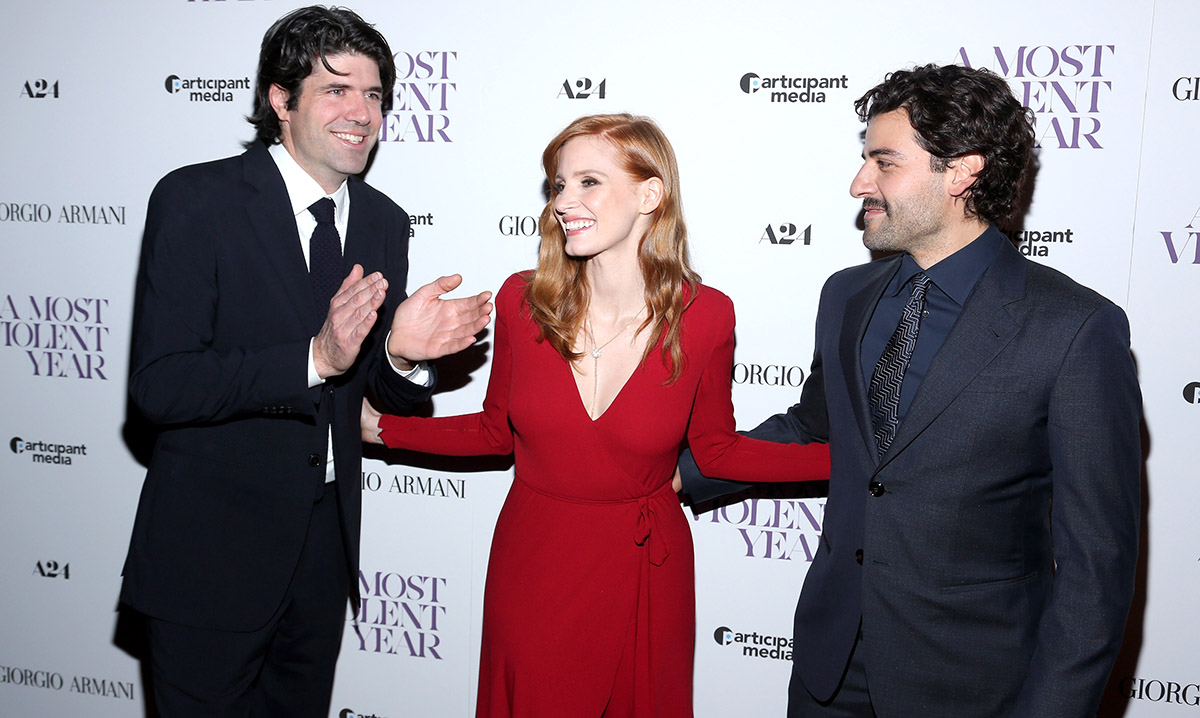 But this is meant to be 1981, not 1972 or 1946. New York and its crime movies had changed a great deal in the decade since Michael put a bullet in Captain McCluskey’s throat. By ’81, they had grown smaller in scope. The reigning kings temporarily ceded the throne. Coppola had moved on to the misbegotten musical One From the Heart. Martin Scorsese was preparing The King of Comedy. Brian De Palma and Sergio Leone had yet to make their masterpieces. It was another quintessentially New York filmmaker, Sidney Lumet, who became the crime king of the ’80s. His Prince of the City, a titanic three-hour sprawl about NYPD detective turned informant Daniel Ciello, is one of the most paranoid movies of the era — you can see Ciello’s blinkered, helpless stress in Isaac’s performance. Likewise the aching-to-get-out safecracker played by James Caan at the center of Michael Mann’s Thief, also released in 1981 — his confidence never cracks, but he rarely has the right answers. Think even of Bob Hoskins in 1980’s The Long Good Friday, a British mobster desperate to go straight. These were men with scruples, not crime lords. A Most Violent Year feels epic because of its visual cues, but it’s contained — a family business, a pedestrian economy, a not terribly violent story, all things considered. Like Lumet’s and Mann’s, Chandor’s movies are lean, precise affairs. They’re psychological, but not necessarily intentional.

“Some of my favorite directors, I’ve read all about their processes, how when they’re about to go shoot a movie, they’ll watch the 50 other movies that have all been made about that exact topic, or different genre films, or the classics, then the cult classics, bad movies — I mean, they will watch everything,” says Chandor, who is 41 and was born between the release of The Godfather and its sequel. “I’m sort of the exact opposite. I almost want to write on the memory, because in my twenties I was a bit of a movie-watching fiend. In 10 years, I’ve had kids and started to work, and I don’t have much time for that sort of fun and exploration. And I hope to again someday, but I realized the strength of my writing is — with this piece as a perfect example — the memory of all the great films of this period. But no direct reference because I don’t even remember the references. I’m not smart enough, but what comes from that is this great freedom. You’re almost able to dance closer to the flame, because you don’t even remember what it exactly was that you loved about something.”

“Obviously Michelle Pfeiffer in Scarface, from a fashion standpoint, changed what suburban upscale women wanted to do when they wanted to be sexy, right?” Chandor says. “That image of Michelle Pfeiffer ran deep in this period and so [with] Jessica’s look, these are people that are projecting this sort of coat of armor into the world. As I explained to Oscar, when you’re wearing this coat with these shoulder pads you come in looking like a block of concrete. Where it is so formal and presented. So I think in a neat way, those ideas and those films, and the memories of those films, were with me when I was writing it. The shadow of all those great ’70s movies were also over the characters in this film. They had lived through that period and they were part of their cultural significance.” 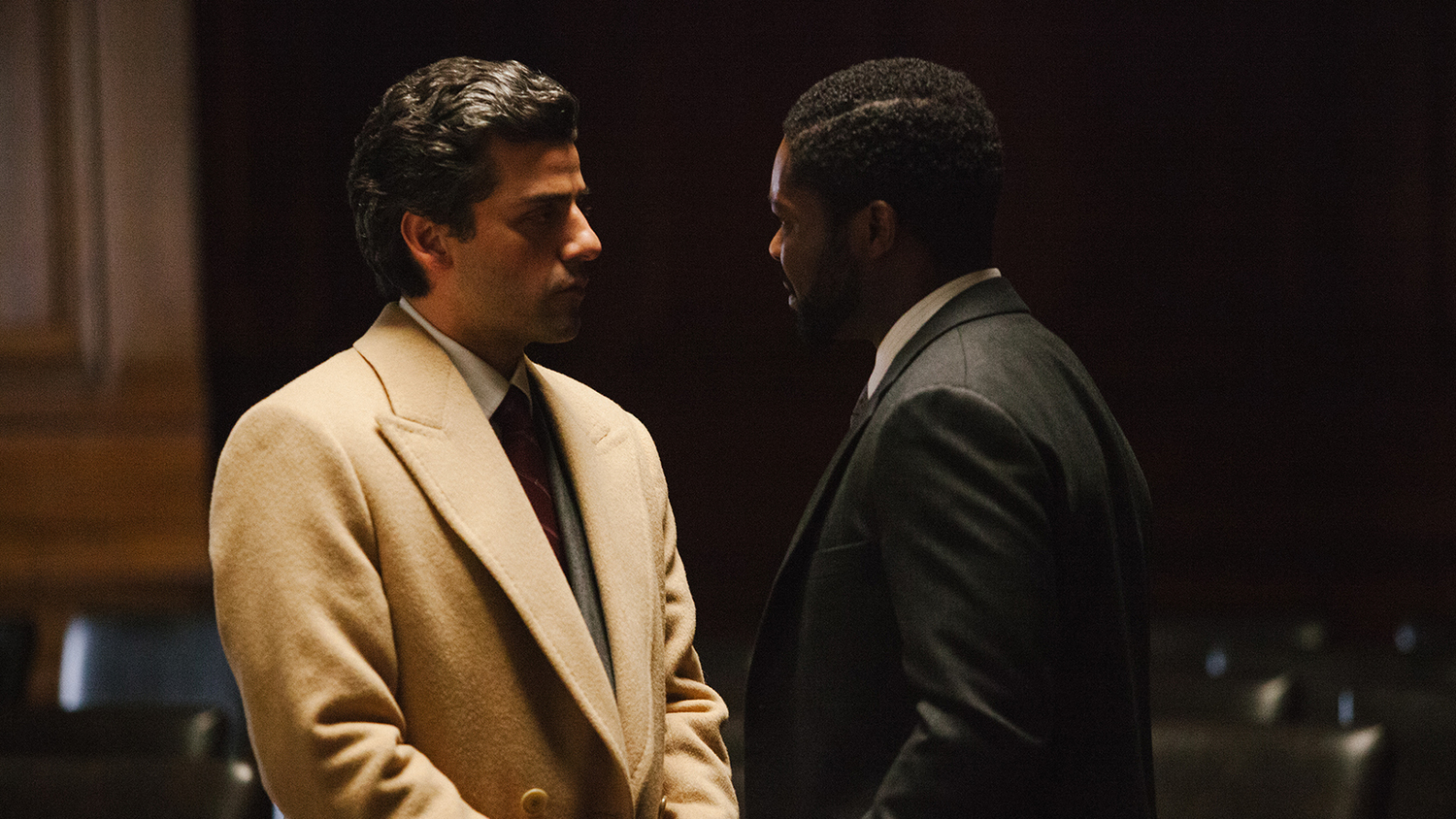 The Morales clan look the part, and eventually find ways to emulate their cinematic forebears, though not necessarily in the way you might expect. They are not operators at the center of the universe. They’re outsiders, provincialists. When they begin to amass some security, they move to a fortress in Westchester. And Abel’s entire struggle — the fulcrum of the movie — is built on his desire to double the size of his property overlooking Manhattan from across the East River. They’re the graying, rusted yards beyond the emerald city. Chandor calls it “this great macho decay.” Abel’s not a big shot — he’s a schnook on the make, stuck in Greenpoint.

“I grew up in a classic white-flight former farming town that had been turned into a suburban environment,” says the New Jersey–born Chandor. “Because of this crime and this fear of the cities, there were a lot of people in our neighborhood that had moved out from New York.

“So I think in this film, these guys are running away from that violence. They’re moving to the burbs, they’re walling in their compound of their offices, they’re doing all these things that don’t really service the greater good.”

Chandor knows that all great crime movies are acts of aspiration, about people closing themselves off to protect a delicate success. Eventually, Michael Corleone closes that door on Kay. By the end of A Most Violent Year, Abel and Anna Morales stand at the precipice of greater opportunity and a moral chasm as vast as the East River is deep. Whether Chandor’s protagonists cross the divide into the dark city is still undetermined. Chandor isn’t ruling anything out.

“There’s that longing for the other side of the horizon, and Abel is a man of the boroughs — his success has come from the outer boroughs and he’s only now expanding into Westchester and other markets,” Chandor says. “So, certainly if I ever convince anyone to come back and get to make another movie with these same characters — which I would love to do, because they are such dynamic people in my brain now — the thought of Oscar and Jessica fighting to continue to move on is certainly … well, he’s looking across that river for a reason.”

‘B.S. Report’: Lena Dunham on the Backlash to Her Book, the New Season of ‘Girls,’ and More