At Our High School, I Mean the ‘Mean Girls,’ Reunion 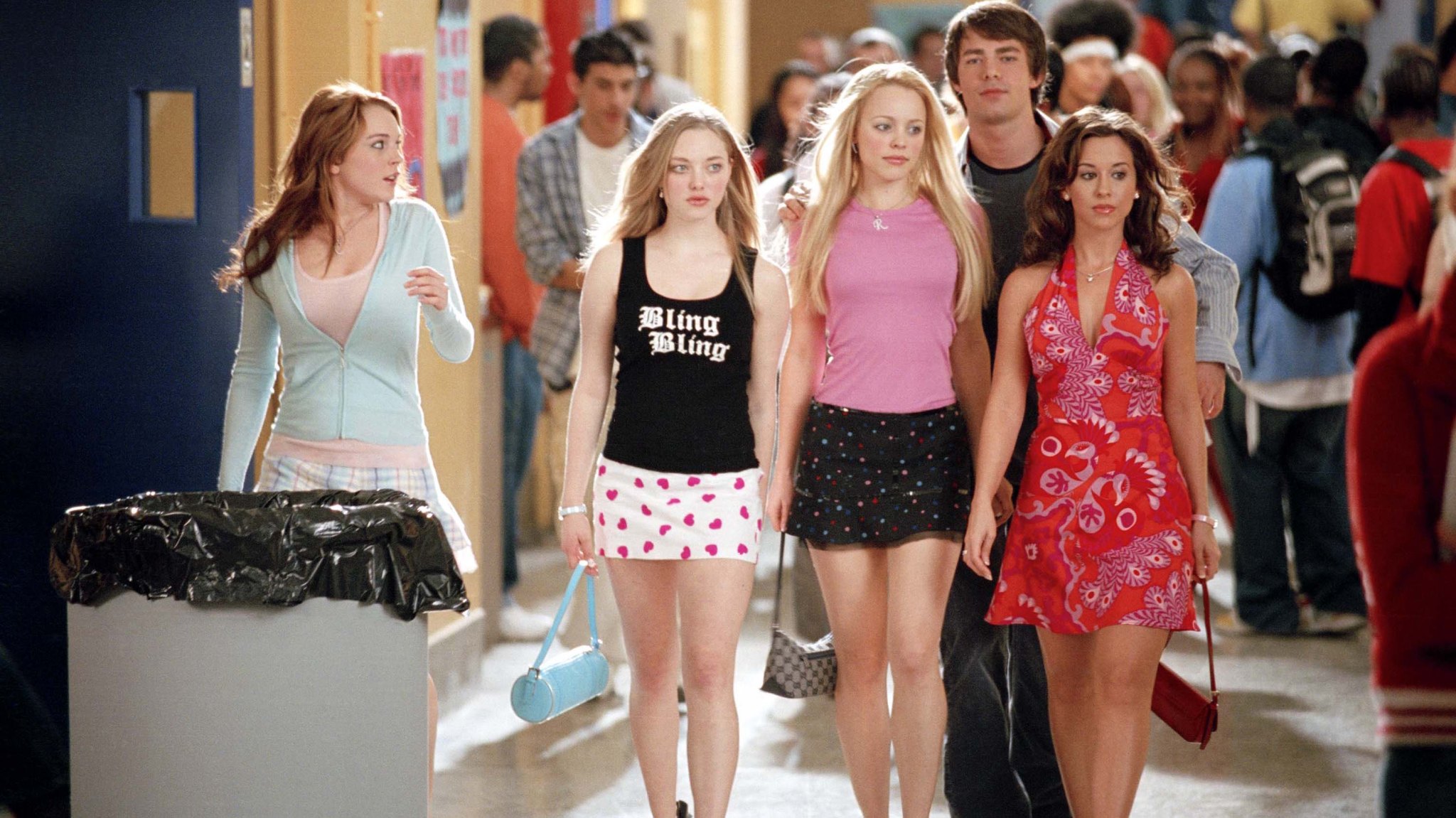 Doesn’t it feel so weird that high school was 10 years ago? It feels like only yesterday we were navigating our way through the cafeteria, trying to find our table after years of being homeschooled. Wait, that wasn’t me, it was Lindsay Lohan as Cady Heron in Mean Girls. But doesn’t it feel like it was really all of us?

Reading the Mean Girls reunion Entertainment Weekly spread was like going to my high school reunion. No one is doing what I expected they would. Like, I just assumed that Rachel McAdams, hot off of her queen bee Regina George, should have gotten typecast as a bitch because she is so good at playing one. But her next role was in The Notebook, and she got typecast as a sweetheart instead. Weirdly, she didn’t get to play a bitch again until Woody Allen’s Midnight in Paris, where she was stuck being the shrewish wife — which isn’t anything like the fun bitchiness of Regina. She just wants to shop for antique furniture, OK, Owen Wilson? Chill out, man.

I still feel like Rachel McAdams is a hot new starlet, but that’s because she hasn’t had enough opportunities to show off her acting skills somehow. She’s worked with Terrence Malick and Brian De Palma, and she’s carved a niche in rom-weepies with The Notebook, The Vow, and About Time, but it still feels like she hasn’t quite gotten her due. I remember being so bothered by how wasted she was by Wedding Crashers after we had just found out how funny she was in Mean Girls. But next up for McAdams is an opportunity that could be a proving ground: She’s playing the female lead on Season 2 of True Detective. Plus, she’s starring in a Wim Wenders movie with James Franco and Charlotte Gainsbourg. That oughta dig up some indie cred for McAdams, or at least earn her the opportunity to star in the serious-actress gauntlet of a Lars von Trier film. For extra credit, she’s in a boxing movie with Nightcrawler’s Jake Gyllenhaal called Southpaw, so she won’t have to lose her crown as America’s Canadian sweetheart.

Most Likely To: Get an Emmy nomination.

Meanwhile, Lacey Chabert pretty much followed a Gretchen Weiners track. Chabert had been working for years, coming up on Party of Five before Mean Girls. Who knew she could be so funny, when all they ever did on Party of Five was cry and wear plaid? Chabert starred in a 2008 pilot written by New Girl creator Liz Meriwether that sadly didn’t go to series. Like a lot of former child stars who know that your looks (and therefore your screen value) can go as early as puberty, Chabert has carved out a niche in voice work. She was the original voice of Meg Griffin on The Family Guy for the show’s first season, but let herself be replaced by Mila Kunis. Since then, Chabert has voiced projects like The Wild Thornberrys, Bratz Rock Angelz, Choose Your Own Adventure: The Abominable Snowman, and Beverly Hills Chihuahua 3: Viva La Fiesta! She did the requisite slasher movie (the remake of Black Christmas) and TV movies (Elevator Girl, Mike DA Mustang, and The Tree That Saved Christmas. It’s the kind of eclectic Jenna Maroney résumé that any respectable C-list actress should have. And although she played Wieners, the Jewish American princess of the Plastics, Chabert starred this year in a romantic comedy called Christian Mingle, based on the Internet dating site.

Most Likely To: Do an informercial.

Amanda Seyfried delivered on the promise of her Mean Girls character, Karen Smith. Let people underestimate your wiliness and they’ll be pleasantly surprised. Seyfried has arguably had the most successful post–Mean Girls career. Before Mean Girls, Seyfried was toiling on soap operas. Afterward, she played a key role on Veronica Mars, did a season of a show called Wildfire, and did some indie films. Then in 2008 she played Meryl Streep’s daughter in the film version of Mamma Mia! — and what do you know? Playing Meryl Streep’s daughter really gets you places in Hollywood. She made her own Nicholas Sparks weepie, Dear John, starred in Atom Egoyan’s adultery drama Chloe, and was the lead in Diablo Cody’s underrated cult favorite Jennifer’s Body, while doing time on HBO’s excellent Big Love. Then she made one of those fairy tale movies (Red Riding Hood), a Justin Timberlake time-travel flop (In Time), and then played Cosette in the film version of Les Misérables. Musicals have served Seyfried extremely well. She turned in a strong performance in Lovelace, playing a role that Lindsay Lohan had been attached to star in for a rival Lovelace biopic called Inferno, which Lohan was dropped from.

Unfortunately, Seyfried’s most recent outing was Seth MacFarlane’s Western bomb A Million Ways to Die in the West, and she’s the female lead in his Ted 2. But she has a Noah Baumbach movie coming out this year and she’s starring in The Social Life, a Lauryn Kahn–scripted comedy that may let Seyfried finally be Karen-level funny again onscreen. She’s a mouse, duh.

Most Likely To: Be nominated for an Oscar?

As for Lindsay Lohan? Ugh, I don’t want to talk about it.

Has Russell Brand Just Been Saying the Lyrics of Blur’s ‘Parklife’ All This Time?