BREAKING: Outkast Not Confirmed for Coachella Until They’re Onstage at Coachella 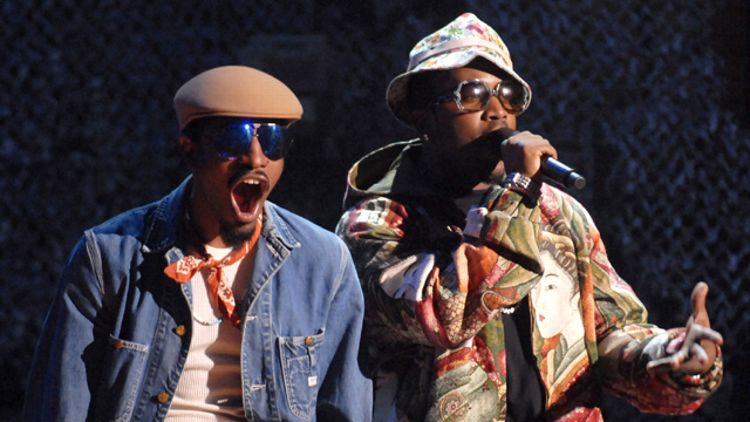 “Outkast to Reunite for Coachella 2014?”

For the first few reads, you don’t see the question mark. All you see is “Outkast” and “reunite” and you fall down. But then you get back up, see “at Coachella” next to “2014” and then you simply faint.

Eventually, you gain some emotional stability and read the piece. You see things like “is indeed in talks” and “multiple sources have confirmed” and “some conversations” and the amount of excitement is almost unbearable. So you start texting and emailing and calling friends, making absurd, completely necessary plans, while discussing the incredible sacrifices necessary to pay for (and stay at) Coachella for two weekends.

Because if Outkast is confirmed for Coachella, they will be playing two consecutive weekends. And it’s not like you’d just see them once.

But then you remember the question mark. And that this is Outkast. And that Andre 3000 is Andre 3000. And a wave of reality appears, forcing you to consider the fact that you’re getting your hopes up for something that very likely could not happen.

And then, just like that, there’s a second wave of information. Apparently, Outkast has suddenly been confirmed for Coachella.

So you start looking at flights. And rentable apartments near Indio, California. And the pressure on friends to alter any conflicts increases, since there is no returning to your community or looking your future children in the eyes in 20 years and telling them, “Hey, yeah, that Outkast reunion concert? Yeah I missed it because I was trying to save up for a laptop, which is what we called computers that we used to sit atop our laps.”

You see the confirmations and do some digging as to what sealed the deal. Apparently, the first confirmation was by way of Revolt TV.

The source of the confirmation isn’t included. But Revolt is reporting this as fact. No question marks. Just a period. An exclamation point, even.

Between an unsourced Revolt TV confirmation and a non–Big Boi or Andre 3000 Dungeon Family member Instagram image, it looked as if it was happening. As if, finally, the concert that many thought never would happen, would come true. Twice.

But then, why did Sleepy Brown take down his Instagram image? His words:

Fair answer. The mental image I have is of Andre sitting atop a throne, saying, “Fairest Sleepy, go tell the people the good news,” holds up in this scenario. But there’s also part of me that thinks, Hey, maybe — just maybe — Sleepy got asked to take that down.

And why the radio silence from the oft-tweeting Big Boi on the topic? His feed over the past day has been business as usual, featuring information about his album, a new video with Run the Jewels, and a link about “6 good reasons to avoid conventional grocery store milk.”

The point of all this is to say that, come April, one of the great pop culture moments of this millennium may be happening — a moment I’ve long said I’d pay any amount of money and travel to the farthest reaches of Earth to see, because Outkast is, and will always be, the musical centerpiece of my life.

But it might not happen. And it surely isn’t confirmed. Not even close. Laughably far, even.

Even if/when Big Boi does say something, which I hope is soon, it’s still not confirmed. Because Outkast, as we’ve learned, isn’t just Mr. Fat Sax. It’s also Benjamin Andre.

And even if they make a joint statement through their publicists saying it’s happening, it’s still not confirmed.

And even if they come out with a YouTube video in which they say on loop, “Coachella, we outchea, 2014, better know that, BREAK,” with Big Rube holding both of their hands up like championship prize fighters, it’s still not confirmed.

It’s not confirmed until I see both of these legends on that stage in the middle of the California desert. And that’s fine by me, because I don’t need a confirmation. Even with a strong rumor, I’m going.

But for the casual Outkast fan, I genuinely think the risk might be too much. Save your money. Don’t forget, there are so many festivals to go to next year; why waste it all on maybe seeing some rap group from Atlanta, you know? Macklemore and Ryan Lewis are a duo, and if you saw them in 2013, there’s really no need to see Outkast. They’re, like, the same. Don’t let the hype from these “Hey Ya” guys reuniting cause you to make a bad decision. If I were you, I’d just sit this one out.

But for the rest of us, see you there. Our hopes and dreams and prayers somehow made this happen, and it’s time to finally get our reward.