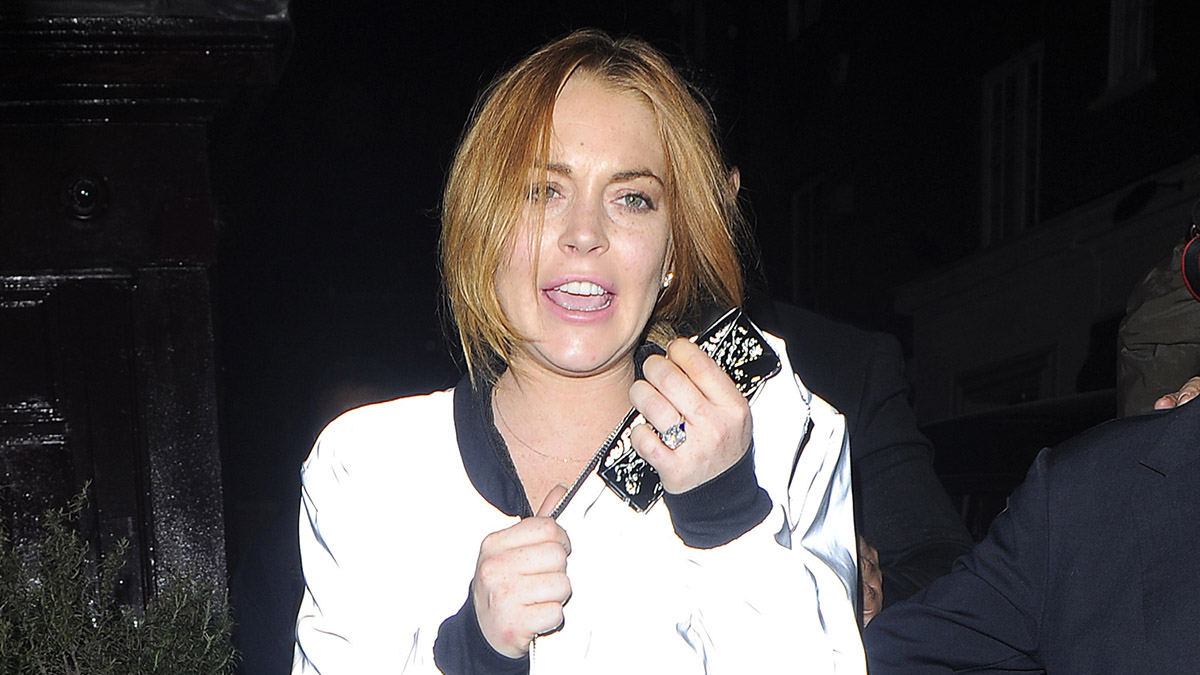 On Wednesday night, Lindsay Lohan starred in a performance of David Mamet’s Speed-the-Plow on London’s West End. It was the 28-year-old semi-retired actress’s first theatrical performance, and the two-month run has been positioned as a type of comeback — a different medium in a different country, a blank(ish) slate. How’d it go, though? Let’s see …

The show didn’t sell out. Vulture says the Playhouse Theatre was “comfortably full but not sold out.” The New York Daily News says it was “half-full,” which is reportedly “unusual” for a big opener on West End. “Celebs were also in short supply, with former Australian soap star Holly Valance the only notable face in the crowd.” Oddly fitting.

The big story: Lindsay forgot her lines. “That’s the headline gleefully reported all over the web today, and it’s accurate,” Vulture writes, going on to say LiLo wasn’t the only one unprepared to go off-book. “Richard Schiff, who has far more experience, called out, ‘Give me the line, please,’ within minutes of starting the play.” Nothing gets you into a story like two of the three performers shouting out for help. Nothing.

The crowd wasn’t impressed. “The production itself was described variously by people leaving the theater and on Twitter as ‘boring,’ ‘dire,’ ‘underwhelming’ and ‘uninspiring,'” says the Daily News. “A number of theater patrons nodded off during the later acts.” And the applause tended toward “lukewarm.” The Daily Beast says the crowd “was openly laughing at Lohan’s struggle to grasp Mamet’s sharp, trademark dialogue.” Are we supposed to imagine LiLo sticking with this thing until its close at the end of November, or … ?

But nobody’s ready to admit LiLo’s defeat. “I’m pleased to say Lindsay has taken to the process faster than any other debut actor that I’ve worked with,” director Lindsay Posner told the Independent, speaking specifically of the intense methods actors need to employ to learn Mamet’s dialogue. Hmm. Vulture says Lohan “got off to an encouraging start. … She looked great, and she hit every cue. At the first intermission, the audience was firmly on her side. … It was a crowd that was predisposed to praise.” Also important to note, via the Daily News: Lohan’s role, Karen, a Hollywood producer’s secretary, was “famously butchered by Madonna on Broadway in 1986.”

But sometimes you have to admit LiLo’s defeat. “The second act, dominated by a complicated speech by Karen, was an undeniable mess,” says Vulture. Lohan broke character, laughing at her forgetfulness, and needed five lines fed to her in Act Two. “It happened so frequently that it felt like the person calling out the script from behind the scenes had become another character in the play.” The Daily News says Lohan clutched a book “as a prop,” although it might have “had some lines from the script scribbled in it.”

And still, #teamlilo will never die. “It wasn’t a total disaster,” the Daily News says. How kind. Vulture adds: “Lohan’s performance wasn’t all bad. There were moments, especially in the third act, when she was comfortably in her element, and there were glimpses of that instinctive acting style she was once known for.” Sounds like Lohan isn’t anywhere near the place she got to in The Canyons last year, but at least this time she got a big bouquet at the end.

The Wind Cries Jimi: ‘All Is by My Side,’ André 3000, and What Hendrix Means Now

‘Blackhat’ Trailer: Thor Is a Hacker for Michael Mann Now. Sure, Why Not?