Kanye West’s Sex Tape Is Real. And So Is the Other One. 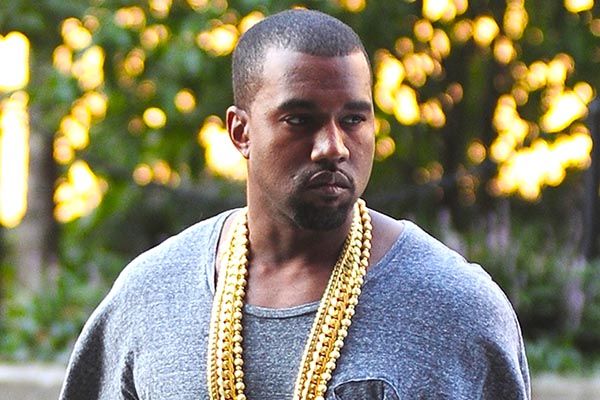 Before this weekend, Kanye West’s Beautiful Dark 20-Minute Fantasy was the Schrödinger’s cat of celebrity sex tapes — a rumor, swaddled in integrity-protecting allegedlys and reportedlys, with nothing but a shirtless screen shot and a pinky-swear from Radar.com to help determine whether that purebred shorthaired Bengal was still kickin’ it in the dark. We had been living in limbo between two equally viable realities, but thanks to a (strategic?) slip of the legalese from Kanye’s reps, we find ourselves with our feet firmly planted in the universe in which Kanye West’s sex tape is an actual thing, so Happy Monday, I guess.

AllHipHop.com obtained a cease-and-desist letter from a law firm representing Kanye, which helpfully informs us that:

“the Screen Shot, as well as the Tape from which the Screen Shot was taken, were illegally obtained and believed to have been stolen from Mr. West’s computer. Your posting, advertising, marketing, displaying and otherwise disseminating the stolen Screen Shot and/or other materials on the Tape constitute actionable violations of Mr. West’s rights of privacy and publicity …

“We hereby demand that you: immediately cease and desist from posting, advertising, marketing, displaying and disseminating the illegally obtained Screen Shot of Mr. West.”

According to Radar, the tape features Kanye and an unidentified, married, 18-year-old “Kim Look-A-Like,” several positions, and no kissing (because ew). [UPDATE: Many gossip sites believe the woman in question to be model, Kardashian dead-ringer, and obsessive self-portrait artist Jasmine Mony Monn, though Monn has denied the claims.] It’s said to have been taped prior to Kanye’s relationship with the real, comparatively ancient 31-year-old Kim Kardashian. Meanwhile, TMZ, not to be one-upped by their rival in sleaze, is now claiming to have a second tape, this one “more than FORTY” minutes [caps theirs]. “And we’re talking constant action. Seriously, the guy takes no breaks. It’s incredible. Almost Sting-like.” (Just in case you scrambled to Google just now: No, there is not a Sting sex tape. Sorry?)

Radar reports that “Kanye was practically in tears when he heard the tape was being shopped.” Just like his partner-in-publicity Kim was in tears after Kanye’s hostile wardrobe takeover? Everyone talks about how Kanye is assimilating Kim into his Twitter-Pix-ing Dream Girl, but I’m actually glad to see that this relationship is a two-way street, and that Kanye has clearly learned just as much from Kim as she has from him. This sex tape may have been Mama Jenner’s final test to see if he was truly fit to join the family, and it looks like he passed.

Let's Have One Final Chat About Breaking Amish