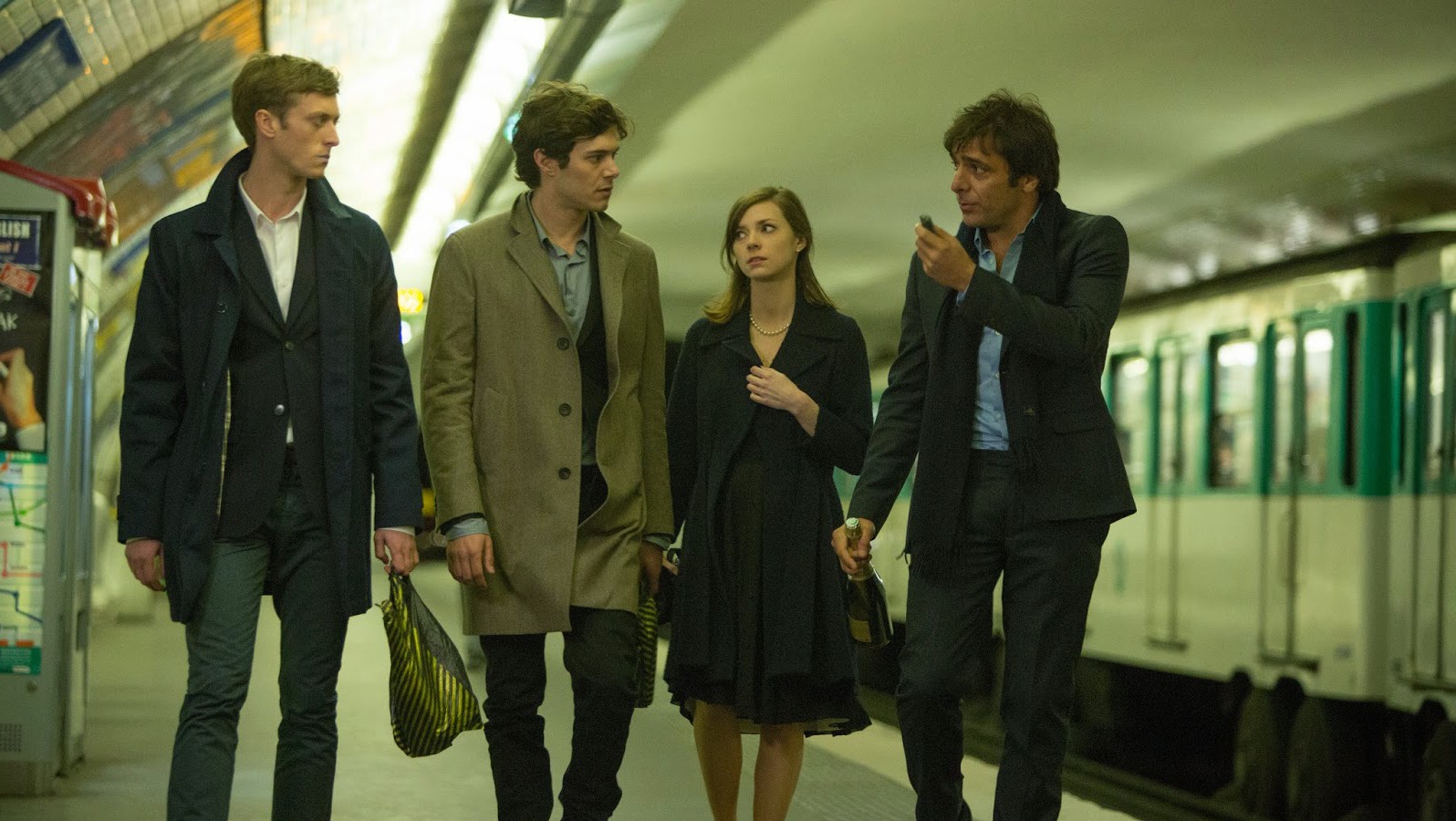 I recently watched Not Fade Away, a modest 2012 movie about ’60s rock and roll that received attention not because of its sterling soundtrack or the chance to see Boardwalk Empire’s Jack Huston with an intact face but because of the man behind the camera. The film was written and directed by David Chase, the grand capo of The Sopranos, and it marked his first foray into his beloved cinema after decades spent in the workaday trenches of television. As such, Not Fade Away is well intentioned, smartly conceived, and infused with tangible affection: for the period, for the music, and for the way only movies can take audiences away from their lives — and, it’s implied, their living rooms — long enough to provide perspective, relief, or, on occasion, both.

It’s also kind of a mess. When watching Not Fade Away, it’s impossible to overlook the visible wear and tear caused by endless rewrites, reshoots, and reedits. Whole years vanish in a blink, and others drag like Monday mornings. The tone wobbles like a top; characters flit in and out without warning; central relationships are stitched together with a few stray glances and a lot of smoked cigarettes. Chase has the right story and the right point of view with which to tell it. But he seems to lack the proper vehicle. Not Fade Away is a pilot, not a feature. Spanning two coasts and most of a decade, it has the heft of a great TV series but all the limitations of a two-hour film. It’s a tall man in a little car.

I mention this not to highlight the difficulties even masters encounter when switching mediums. Rather, my point is that the strongest work, regardless of medium, services the story in the best possible way. The skill set required to make good television is radically different from what is required to make a good film. The former requires intense collaboration, an indomitable spirit, and an ability to exist simultaneously in the present and in the future. The latter requires cocaine. (I kid! Filmmaking actually demands the patience of a saint and the rhythm of a professional dancer. Beginnings and endings matter so much more in movies; you only get one shot, so you’d better aim at exactly the right target.) One isn’t necessarily better than the other. They’re just different. We don’t expect train conductors to be able to leap into NASCAR just because they both involve engines. Nor should we expect the same sort of effortless jumps from TV showrunners, even those who clearly expect it of themselves.

While Chase spent the bulk of his time on The Sopranos daydreaming about movies, the work he did in those years was instrumental in reversing that very cultural polarity. Thanks to a decade of inspiring, perilous brilliance, TV is now under assault from a jealous cinema. You can see it in the mad transfer of major stars from big screen to small, in the hijacking of network air by adaptations both blockbuster and not, and in the glee with which film directors have been tackling TV. The grass is always greener on the other side of the fence but, these days, the money is too.

Still, thrilled as I am at the thought of upcoming, uninhibited hours from the likes of Steven Soderbergh, David Fincher, and Steve McQueen, the migration of heavy hitters across the newly porous border between film and television is only part of the story. Those who become big enough in either medium, be they Matthew Weiner or Michael Bay, will always be able to cross over, should they so choose. What’s far more exciting to me is the opportunity now being offered to a generation of smaller-budgeted filmmakers. After years of scratching and clawing for funding, idiosyncratic talents like Jane Campion and Whit Stillman are suddenly in demand from cash-rich, content-poor upstarts like SundanceTV, Amazon, and Netflix. This is great news, and not only for the filmmakers and their long-suffering agents. Because this is not a case of network prestige-hunting or creator slumming. I don’t predict many instances of Not Fade Away in reverse: movie directors attempting to stretch two hours of story into 10. Rather, what Amazon and others may have realized is that many of our best indie filmmakers have actually been making television all along.

Don’t get me wrong: A movie is still a movie. Campion’s An Angel at My Table and Stillman’s Barcelona are considered, compact, and complete statements. But it’s also possible to pull back and consider those statements as sentences in the service of a larger, interconnected paragraph. Campion’s brilliant Top of the Lake (soon to return with a second season!) is enriched and informed by the sum total of her previous work. And while the names and context change in Whit Stillman films — from the uptight WASPs in Metropolitan to the uptight collegians in Damsels in Distress — the themes remain the same. That’s the reason Stillman’s Amazon pilot, The Cosmopolitans, at first feels so comfortingly familiar: Set in an anachronistic Parisian demimonde of bourgeois expats, it’s full of Stillman’s trademark dry musing and polite wine-sipping. (And, it must be said, Adam Brody is excellent in the role of Chris Eigeman.) Yet, with its brisk dialogue and complete uninterest in contemporary TV tropes (no dead girls, no bearded best friends, no deer), The Cosmopolitans is also bracingly fresh. After making one film this century, Stillman must be overjoyed at the freedom Amazon has afforded him. And he’s responded with his lightest, most beguiling work to date. Making a pilot has allowed Stillman to luxuriate in the pleasures of takeoff without having to immediately worry about how and when he’s going to land. (Amazon has not officially picked up The Cosmopolitans to series, but it has ordered additional scripts. Here’s hoping.) 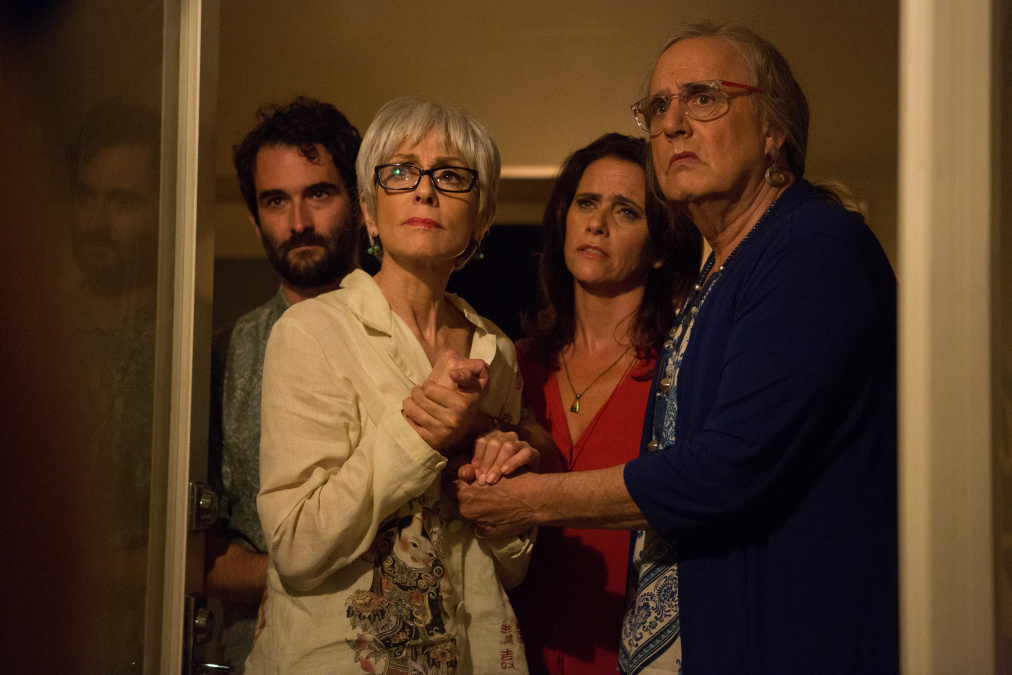 The current gold standard for this sort of filmmaking on TV, of course, is Amazon’s astonishing Transparent. Creator Jill Soloway cut her teeth working on other people’s series: Six Feet Under and United States of Tara. It took her years of hunting and pecking to put together Afternoon Delight, her very fine first feature. But the deep vein Soloway tapped into with that film — of good sex and bad guilt and the strange, blinding ennui of Los Angeles sunlight — could only yield so much in an hour and a half. By bringing her personal, cinematic vision to television with Transparent, Soloway has enlivened both her art and the medium. It’s unlike anything I’ve ever seen on TV and yet TV is the only place it could ever exist.

Transparent is almost impossibly tender and yet so sharply observed it took my breath away. All the highly specific quirks of the kibitzing and kvetching Pfefferman clan — the old vinyl on the shelves, the cereal boxes in the basement, the secrets in the closet — create an atmosphere of dazzling intimacy. The way Soloway notes those details is pure cinema; the way she delicately weaves them all together into a vibrant whole is TV at its generous, expansive best. Transparent has received well-deserved praise for its commitment to inclusion both in front of and behind the cameras. But one of the ways Transparent shows respect to its characters, its subject matter, and, above all, its audience, is through patience. A good TV series, like life, swells and develops at its own inimitable speed. Not that I extended the same courtesy back to the show: I gobbled up all 10 episodes in a single weekend. (More, thankfully, are on the way.)

Many of Soloway’s Sundance-scarred peers are now angling for the same privilege. Some, like Lynn Shelton (Humpday) and Miguel Arteta (The Good Girl), have already scored development deals. Others are already well past that. David Gordon Green (George Washington, Pineapple Express, Eastbound & Down) just saw his Amazon pilot Red Oaks get picked up to series. And the Duplass brothers are currently wrapping up production on Togetherness, an HBO sorta-comedy that tackles many of the same issues of intimacy and family that have dominated their more-lauded-than-seen movies. I say the more the merrier. As even the more forward-thinking networks begin to back away from writer-driven oddness and seek solace in the dependability of genre and gore — FX just chose Tyrant and The Strain over my beloved The Bridge; it chose poorly — the rush of hungry filmmakers into television is more than welcome, it’s necessary. Think of how many writer-directors are stewing out there in rejection slips and frustration. When is the last time Hal Hartley made a movie? When’s the last time Sofia Coppola made one that was worthwhile? Nicole Holofcener, who for years has been brilliantly chronicling the complicated friendships of women of a certain age, must have a TV show in her. (Her most recent film, Enough Said, starring small-screen supernovas James Gandolfini and Julia Louis-Dreyfus, was outstanding; it had the sort of keenly observed world you can sink into like an old couch.) I’d love to see Joe Swanberg take a crack at an ensemble comedy; his Drinking Buddies stumbled beautifully across the straight line that separates Friends from actual friendship. And if I were a Yahoo exec, the first thing I’d do after seeing Dear White People would be to sit down with director Justin Simien and not stand up again until a contract is signed.

Itinerant craftsmen like David Fincher elevate their material in any medium. But these smaller-bore auteurs arrive to television with entire worlds in their heads and loud, distinct voices that, for too long, have struggled to be heard. Unlike their more high-profile peers, they don’t come to TV as tourists or gentrifiers. They’re simply grateful outsiders blessed with the ability to burrow deeply inside of their subjects and, by so doing, take unique advantage of what has always made television exceptional: the time to tell a long story and the opportunity to deliver it to people directly where they live. I understand why a classicist like David Chase sought transcendence in the art house. But the best place for that sort of deeply felt, intensely personal expression is now in the home.