TV Check-in: ‘The Bridge’ Is the Best Show on TV You’re Probably Still Not Watching 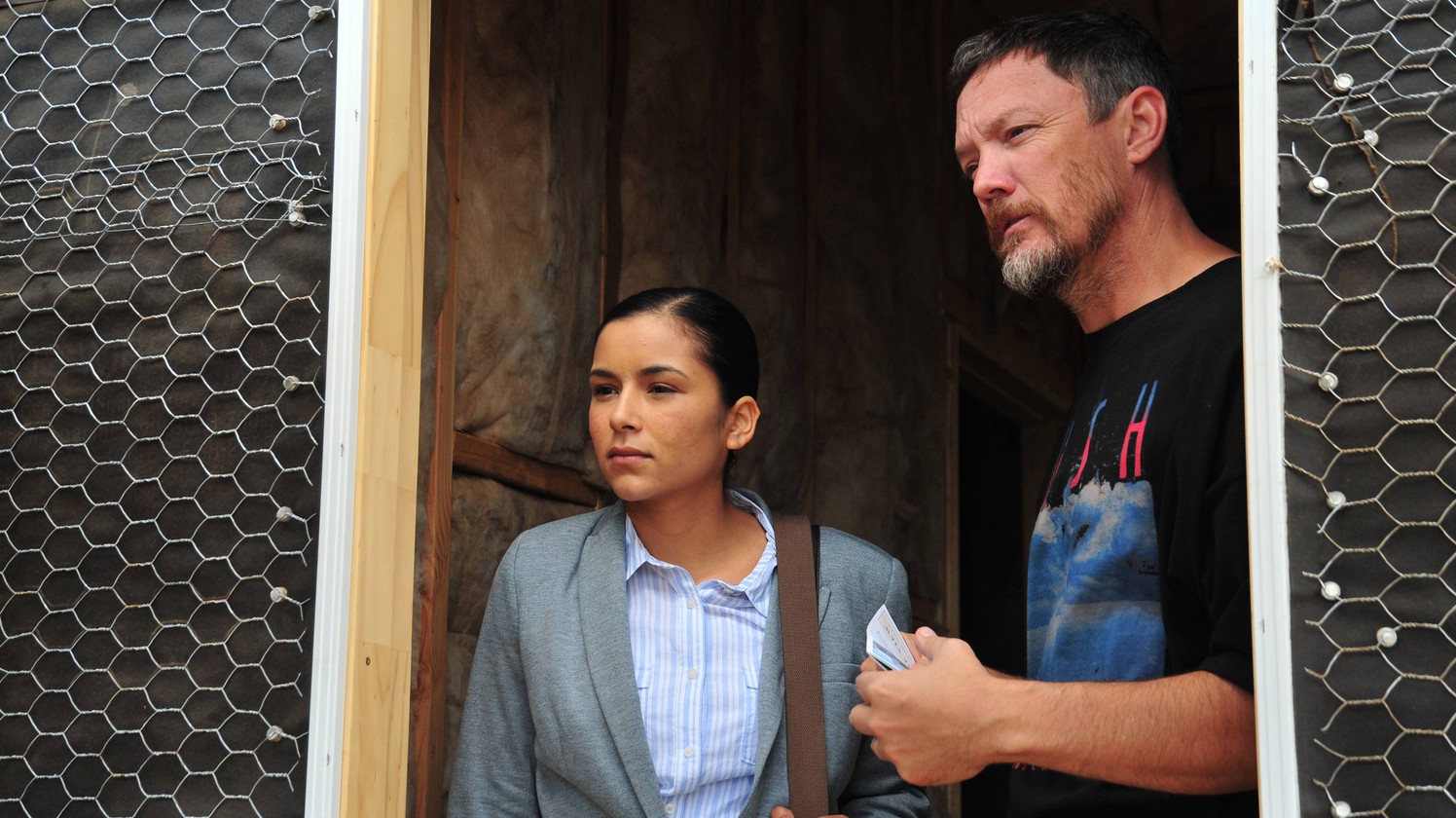 “It’s like a novel!” is still the de facto TV gush for a certain kind of aesthete. Usually voiced by those who, a decade earlier, might have been bragging about how they didn’t even own a set, it’s a neat bit of complimentary jujitsu: It simultaneously elevates the speaker and denigrates an entire medium, as if television’s own unique storytelling abilities were inherently inferior to anything that comes bound between covers. I understand the desire to call The Wire “Dickensian,” especially if it will get your grandfather or your grandfather’s English professor to watch it. But it strikes me as unnecessary. The Wire is great, regardless of which dead Englishman you want to compare it to.

Besides, the “TV is almost as good as books” crowd only ever seem to mean a certain kind of book. Namely, the heavy, “important” literature that usually sends people running to a Real Housewives marathon in the first place. It’s a snobbery that exists within the book world as well. Highbrow literary types often thumb their noses at genre fiction, even though the latter tends to be more willing to engage in topics that range further afield than Yaddo.

I’m not going to compare FX’s The Bridge, which last night turned into the homestretch of its exceptional second season, to a book. But I will say this: If you are a fan of crime fiction, of the way it alone is capable of looping together strands of journalism, social commentary, humor, heart, and guts and then tying them all together into savage knots, then you really ought to be watching. There is nothing else on TV that will provide the same sort of engagement and thrill. After a wildly promising, wobbly first season that seemed to be pulling in two directions at once, showrunner (and, it must be added, recovering novelist) Elwood Reid has transformed The Bridge into a delirious, unique border-noir.

Like the very best crime writers, Reid uses his rich setting as kindling. (Though filmed primarily in California, The Bridge has an inimitable sense of place: the dry, punishing sun of El Paso; the aroma and clatter of a busy Juárez street.) And unlike the bulk of contemporary cable dramas, his show is actually contemporary: Set on the fault line between the U.S. and Mexico, it engages hot-button issues like immigration, drugs, racism, and misogyny — not how they might have appeared in, say, 1960, but how they appear right now, right here, for all of us. But The Bridge is far from a documentary or an exercise in amateur reportage. It is, first and foremost, a gripping entertainment, one that packs every scene with rich characters and the sort of peculiar quirks that tend to exist in real life, not on television, where plot and its ugly stepchild, resolution, are kings. In lieu of swagger and stereotype, The Bridge luxuriates in idiosyncrasies: an NA sponsor with a thing for classic Rush albums, a DEA agent painting D&D figurines, a Mexican drug lord who spends his downtime pining for the fjords.

I climbed back aboard The Bridge after the first few episodes of Season 2, once it was clear that the inherited serial-killer nonsense of Season 1 was in the rearview and that in its place was the sort of smart, slicing sprawl familiar from the works of James Crumley and Don Winslow. (OK, so maybe it is a little like a book.) I relished the fresh air puffed into what had been an increasingly claustrophobic show. Crackling performers like Matthew Lillard (as drug-hoovering reporter Daniel Frye), Emily Rios (as Frye’s driven partner, Adriana Mendez), and especially the phenomenal Ramón Franco (as the aforementioned drug lord, Fausto Galvan) were finally set free to explore their characters’ passions and eccentricities, allowing them to become individuals instead of pawns. As the Asperger’s-afflicted cop Sonya Cross, Diane Kruger was able to find a balance between her character’s eccentricities and her competence, making her a more compelling lead and, at last, a worthy foil for Demián Bichir’s sorry-and-cerveza-soaked Detective Marco Ruiz. With the center secure, Reid took great delight in stuffing the margins of The Bridge like a pambazo: Here is Franka Potente as a murderous Mennonite accountant! Check out Abraham Benrubi as a dogged fed! And what about Bruno Bichir, Demián’s brother, having the time of his life as a vaping business executive with his hands stuck in all the wrong pies? 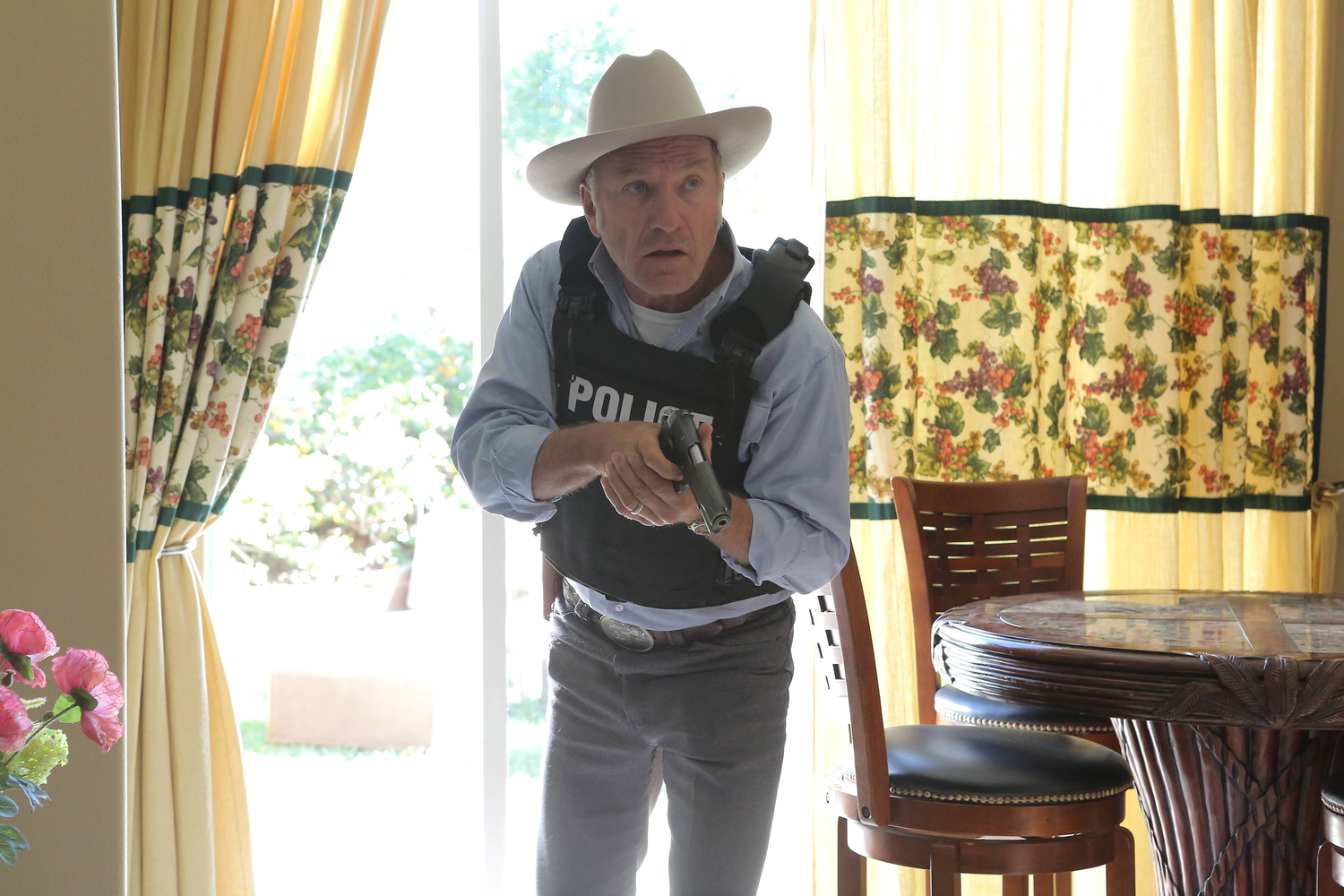 Great ideas, great characters, and great fun do not a season of television make, however. (Though my job would be a lot easier if more showrunners at least tried for two out of three.) The concern was that Reid and his quirkily diverse staff (major contributors this season have included a New York Times journalist, a Chicago-based novelist, a promising Mexican filmmaker, a Canadian poet, and a Mexican American playwright) were having so much fun tossing balls into the air that they’d neglected to make a plan for catching them. These past few weeks have quieted those fears. It’s now clear that The Bridge’s second season has pulled a remarkable narrative trick: It’s a story about the brutal futility of the drug war, about how corruption and violence against women can become institutionalized, and about cultural and national misunderstandings between neighbors that increasingly have more in common than either would like to admit. But that’s the macro version. On a weekly basis, The Bridge has been far more concerned with the fate of its characters. And that’s exactly how it should be. Rather than tackle the still-unsolved scourge of femicides in Ciudad Juárez, The Bridge has focused on Eva (the excellent Stephanie Sigman), the survivor of a hideous sexual assault. Instead of lecturing us on societal ills, The Bridge has given us faces and, when needed, empathy. I’m thinking of Sebastian Cerisola’s junkie daughter, the religious, guilt-ravaged hit man, or Juan Carlos Cantu’s deliciously squirrelly Capitan Robles. One moment Robles is obstructing Marco’s investigation, the next he’s being pistol-whipped and dragged into a van by Marines. The blood he later drips into a sink isn’t a sign of his mortality. It’s a necessary reminder of his survival.

Last night’s episode, “Rakshasa,” turned up the heat on season-long simmer until it reached a raging boil. Out in the high, hot desert, Sonya was forced to sit and watch as her captor methodically dug her grave. (It’s a scene that explicitly reminded me of one of the roughest passages in Crumley’s insane Bordersnakes.) “It hurts to die, first off,” the professional known as Chopper told her, with horrifying nonchalance. “Death is a reminder that you don’t really matter. You don’t, I don’t. No one does.” It was hard not to think of those words later, when Marco arrived on the scene to shoot Chopper into the hole he had just finished digging. Or later, when a notarized real estate transaction at the nightmarishly anodyne Red Ridge development exploded into a Tarantino-esque bloodbath. Amid the gunplay, there were plenty of little moments to savor — I’m particularly fond of Fausto ordering foot powder while butchering a goat, and Eleanor negging Charlotte’s “weak” cell phone passcode — but “Rakshasa” stayed focused on the grotesque cost of doing the sort of work Chopper, Fausto, and even Agent McKenzie (before he caught one in the neck) refer to as “business.” At the end of the hour, Cesar was in shock, Hank was severely wounded, and Charlotte and the DEA yahoos were dead. (Pour out a cold Tecate for Annabeth Gish, who did her best with a character who just didn’t fit into Reid’s version of the show.) It was the sort of outcome that made Marco’s constant refrain of “It’s complicated!” seem prophetic but also nihilistic and sad. There’s nothing like the sight of bad guys with guns aiming at other bad guys with guns to make one long for the moral clarity of Sonya’s black-and-white universe.

It’s probably best to confront The Bridge’s ratings with that same, Sonya-style bluntness: They suck. Even FX, with its admirable stand against the outdated concept of overnights, can’t ignore the fact that less than a million people are watching this show on Wednesday nights. My guess is that the network will file this year away as an admirable experiment and gently pull the plug. I very much hope this is not the case. The Bridge has come into its own in this second season. It feels crackly and limitless in the way only the very best fiction can. It has been goofy and gruesome, over the top and remarkably restrained. It imbues every living character with the unpredictable strangeness some people call soul. And despite what Chopper said, it treats every death, even minor ones, as a hole torn into the universe. The Bridge isn’t a book, but it engages and haunts me like only the best of them do. Here’s hoping FX doesn’t force me to put it down anytime soon.