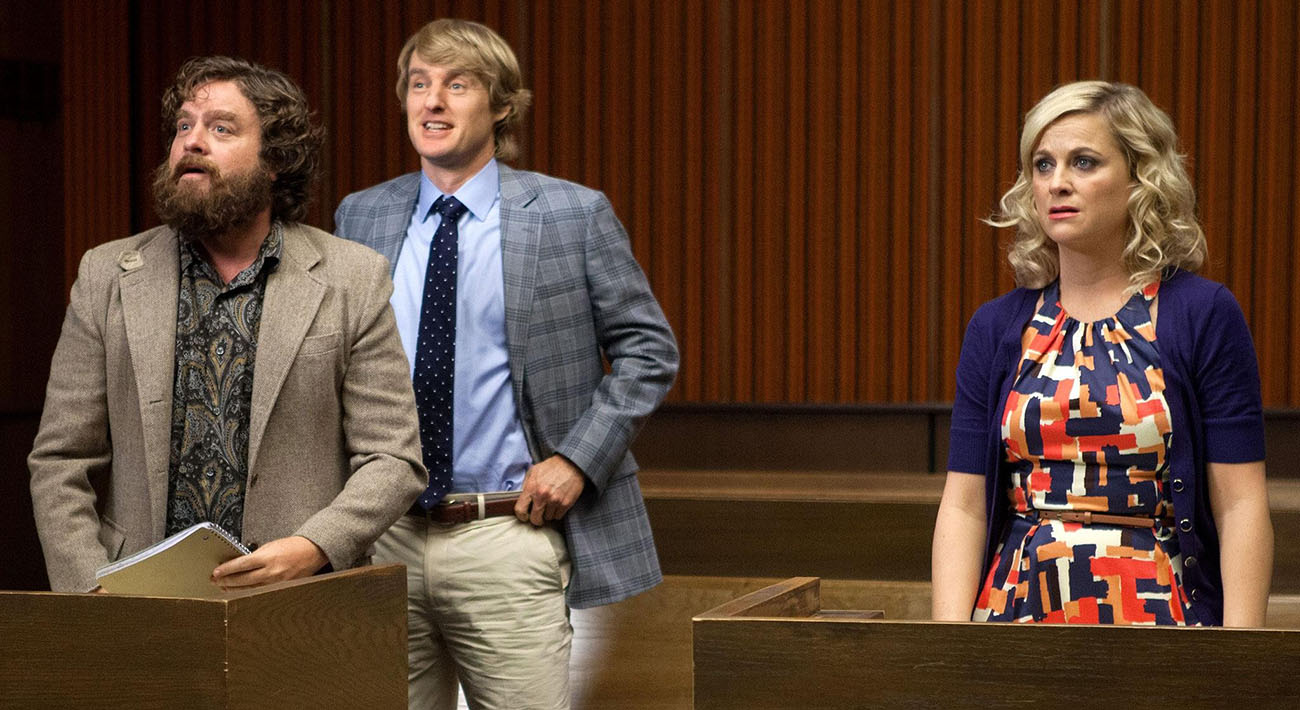 Whatever pop-cultural cachet that rock stars had in the ’60s, or film directors had in the ’70s, or MTV VJs had in the ’80s, or rappers had in the ’90s, TV showrunners have been granted so far this century. They are unquestionably the oracles of our time. But now, for me at least, fatigue has set in. That’s right, I’m enlisting in the great “worship of TV showrunners” backlash. It’s been a long time coming — I felt the earliest pangs after Dan Harmon was fired from Community, when he launched an exceedingly self-obsessed podcast, which then inspired an even selfier documentary. It intensified when the genial Vince Gilligan was trotted out each week on Talking Bad to offer insta-commentary on the latest episode of Breaking Bad, reducing a great TV writer to just another TV recapper. And then it got really bad when True Detective’s Nic Pizzolatto started posing on broken-down motorcycles for magazine photo shoots, a rebellious Marlon Brando pinup for the Television Without Pity generation.

My appreciation for the shows that these showrunners show-run — which ranges from respectful indifference to borderline unhealthy obsessiveness — is beside the point. We have lost the plot when it comes to our showrunner fetish. We put too much stock in what these people do when they succeed, and don’t cut them nearly enough slack when they fail (or, more accurately, fail to meet our expectations, which are impossible to meet anyway). Even when the shows end, the outrage lives on. Why are we still pestering David Chase about whether Tony Soprano was really murdered and then chastising him when he sort of offers an answer? At what point will Lost fans finally forgive Damon Lindelof for the sin of delivering more than 100 hours of gripping entertainment and then capping it off with a so-so denouement? You know what we need? A brilliant showrunner to formulate a perfectly satisfying conclusion to this mania we have for brilliant showrunners so that we can move on.

The latest episode in this annoyingly addictive series, of course, concerns Shonda Rhimes. This month, various media pundits took turns (rightly) whacking New York Times television critic Alessandra Stanley over the head for the offensive racial coding embedded in her column ostensibly praising Rhimes, the most commercially successful TV showrunner in the game. But describing Rhimes as “an angry black woman” also points to a less risible but nonetheless widespread issue concerning how we talk about television now: the “difficult man” narrative. I refer to Brett Martin’s definitive history of ’00s prestige dramas, Difficult Men: Behind the Scenes of a Creative Revolution: From The Sopranos and The Wire to Mad Men and Breaking Bad, though the trope about a visionary outsider waging war on the powers that be in order to achieve greatness is obviously older and broader than Martin’s book. (If you’re looking for the source, you might want to start with the New Testament.)

As a backhanded term of endearment, “difficult” suits perpetually perturbed individuals like Chase, David Simon, and Matthew Weiner, as does difficult’s unkind cousin, “angry.” For Rhimes, the tag is ill-fitting. And not just because of what “angry” implies when you’re no longer talking about white men. When Stanley sets Rhimes in opposition to “note-giving, nit-picking, compromise-seeking network executives” and puts her in a place that’s “far removed from an industry that is hypersensitive to any hint of insensitivity,” it rings false given the primacy of Rhimes’s role at her network. Last year, Forbes reported that the shows Rhimes created and operates for ABC, Grey’s Anatomy and Scandal, generated nearly $300 million in ad revenue, good for about 5 percent of the network’s total revenue. With the addition of How to Get Away With Murder — which Rhimes produces but didn’t create — she is now responsible for ABC’s entire Thursday prime-time lineup. In short, Rhimes isn’t an outsider railing at the network, she basically is the network. 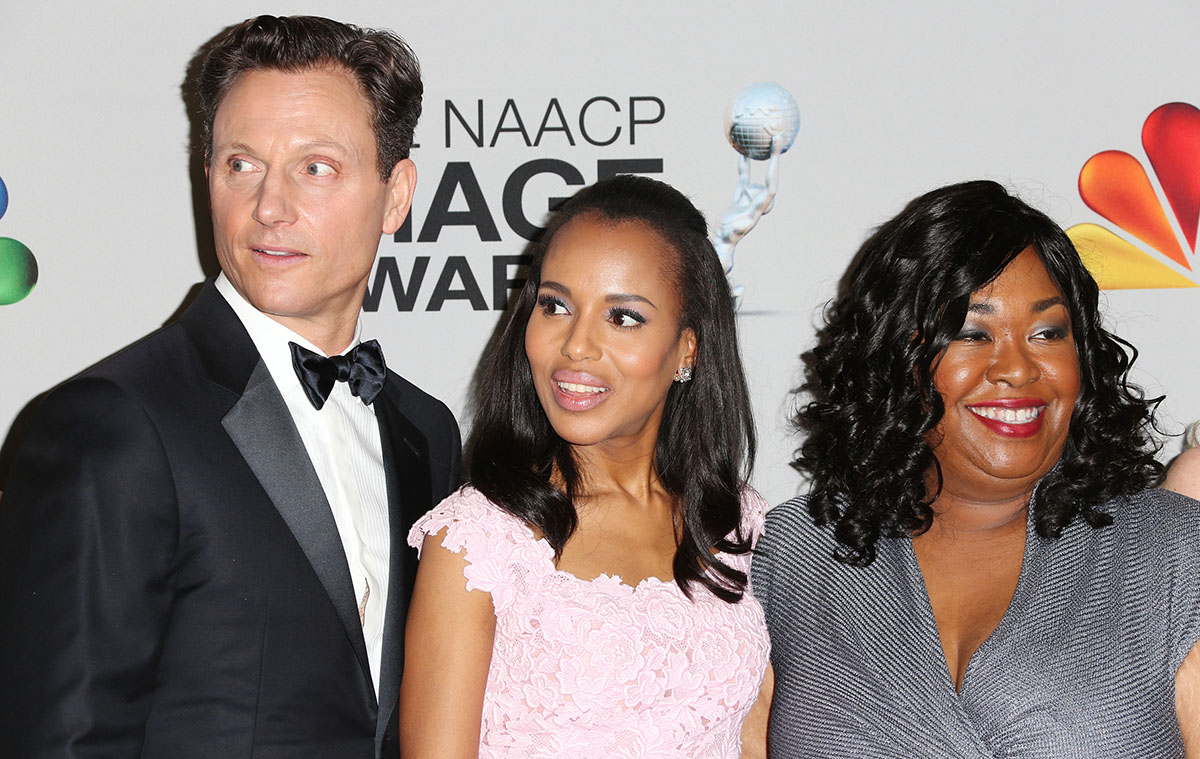 Rhimes might resent being made a topic of conversation by a poorly executed think piece in the Times, but surely for a showrunner in these showrunner-obsessed times, being ignored is often worse. Just ask Weiner: In August, his second film as a director, Are You Here, was released in a handful of theaters and on VOD.1 When I say “released,” I mean it in the way that beleaguered corporations tend to “release” statements admitting to all wrongdoing late on Friday afternoons. Yes, Are You Here was technically put out into the world, but the apparent intention was to make as few people aware of it as possible. The only individuals who seemed to notice Are You Here’s existence were film critics, who engaged with Weiner’s movie only to swiftly bat it down, like Sally Draper kissing the nerd by the telescope and then flicking him away with her cigarette.

By the way, Are You Here comes out on DVD today, in case you want to see a DOA film on a dying format.

Actually, if you are a raging Mad Men apologist like me, I would sincerely recommend seeing Are You Here. Forget the ghastly 7 percent Rotten Tomatoes score. Disregard that it has been called “disastrous” or (in a relatively favorable review) “barely credible.” No matter its status as one of 2014’s biggest cinematic fails, I kind of liked Are You Here.2 If that’s not a persuasive enough endorsement for you, consider this: Are You Here is instructive for understanding what Weiner does well, what he doesn’t do well, and how our unsustainable perception of TV’s modern geniuses has become a detriment to the very people it once flattered. 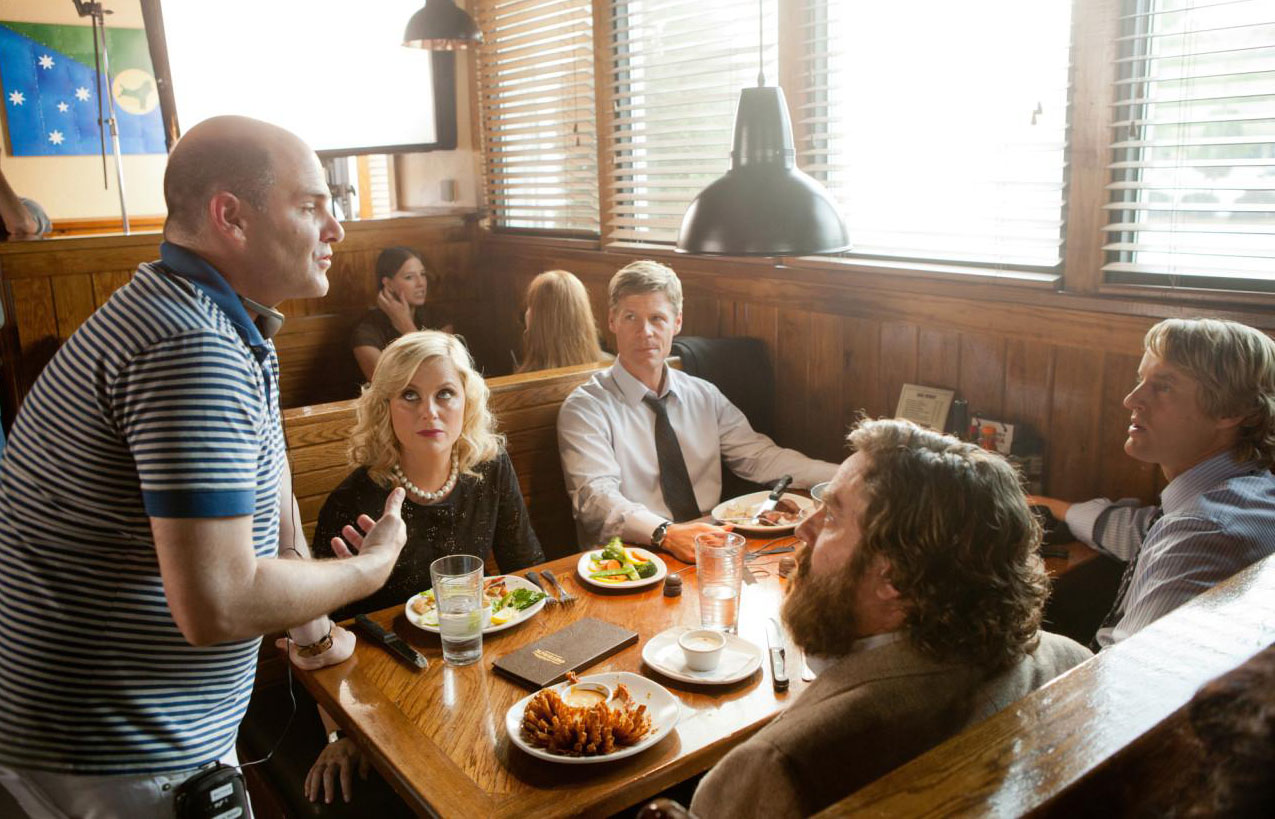 The genesis of Are You Here dates back to 2005, when Weiner wrote the screenplay while working as a staff writer for The Sopranos. This places the script on Weiner’s career timeline two years before the premiere of Mad Men. You can see how the two projects obliquely inform one another: Are You Here is about a womanizing TV weatherman named Steve Dallas (played by Owen Wilson) drifting through life in Dick Whitmanesque fashion. “I wake up happy,” he says cheerily as the movie opens, though Weiner quickly reveals that the line is part of the stock patter Dallas uses to initiate a series of empty sexual encounters, so you know immediately that it is intended to denote the opposite of happiness.

Dallas is damaged goods, with a troubled backstory that’s hinted at but not elaborated upon. Instead, we meet Dallas’s best friend Ben, a heavily bearded weirdo with a bountiful supply of nutty conspiracy theories and zero social skills, played (inevitably) by Zach Galifianakis. Ben is also damaged, though unlike Dallas his neuroses exist on the surface. Their friendship, which forms the crux of the movie, has that familiar Don-Peggy dynamic of codependence mixed with genuine grace, wherein the upper hand is constantly changing sides.

Are You Here eventually settles in as a lightly comedic and fitfully dramatic survey of characters Trying To Achieve A Little Happiness In Small-Town America. Ben’s father dies; Ben’s bitchy sister Terri (Amy Poehler) enters the picture; an inheritance is up for grabs; a comely love interest3 arises for Owen Wilson’s character. It appears that Weiner is aspiring to be Alexander Payne, or maybe low-watt James L. Brooks. “Like most of what I do, this is a genre-less film,” Weiner announced with typical bravado before the movie’s modest Hollywood premiere. “Laugh where you want to laugh.” Or don’t laugh at all, as Are You Here isn’t really laugh-out-loud funny. It aims for amiably amusing and mostly succeeds.

Weiner’s way with characters is Here’s strength: I liked all of them, even the ones I was set up to despise, like Poehler’s,4 or the ones other films have conditioned me to despise, like Galifianakis’s. Every relationship had the potential to pivot in a dozen different directions. The film meanders through different tones and situations like it’s setting up a grander story that never arrives. Ultimately, it felt less like a full-fledged movie than a promising pilot.

Weiner worked for years to secure the financing for Are You Here; Bradley Cooper, Jack Black, Jennifer Aniston, Matt Dillon, and Renee Zellweger were among the movie stars attached at one time, a testament to Weiner’s clout. When it was shown last year at the Toronto Film Festival, it was known as You Are Here — the title’s inversion gives it a philosophical bent, perhaps, though it scrambles my brain each time I read or type it. (Apparently the title was changed to help its placement on alphabetical VOD menus.) Are You Here is actually a little hard to say aloud — speak it to the person next to you and see if they don’t ask you to repeat it. Then see if you feel like going to the trouble of repeating it.

Many critics put down Are You Here by comparing it with Not Fade Away, the lightly comic and fitfully dramatic coming-of-age movie written and directed by David Chase that was similarly released like a toxic PR announcement at the end of 2012. Not Fade Away also feels more like a pilot than a complete movie, though, like Are You Here, it does offer some minor pleasures. Not Fade Away is easy to hate only if you expect it to be as fully formed as The Sopranos, just as Are You Here suffered with critics who held it up to Mad Men’s standard. Weiner’s résumé is Are You Here’s worst enemy, though TV — in case this needs to be pointed out — requires a skill set that is different from film.

“Cinema is when you put an idea in somebody else’s head,” David Fincher recently marveled, citing the hold that Raymond Burr’s suitcase in Rear Window had over his imagination when he was 9. Television, however, affords the time to explicitly lay out the size and shape of that idea; you don’t have to suggest as much when you have 13 episodes to spell it out. Being a showrunner, then, allows for uncommon control, which now extends to how viewers consume and interpret your show, whether it’s preventing spoilers or granting explanatory interviews timed to post online immediately after the latest episode airs. Meanwhile, even the most dictatorial film director must concede that the audience has to do some of the work for their films to play well.

Is Are You Here destined to be remembered as the Heaven’s Gate of the showrunner’s golden age, a warning about the limits of what TV auteurs can achieve? Given that Are You Here is a low-budget, low-stakes indie, probably not. Besides, showrunners who don’t fit the “difficult men” mold are already in the process of taking over the movies: J.J. Abrams and Joss Whedon, like Rhimes, created industries around themselves by crafting crowd-pleasing, genre-based blockbusters on TV, and now they’re in control of some of the biggest film properties. As for Weiner, Mad Men’s ratings are in decline, and he’s already setting up loyal fans for a disappointing series finale next year. Now that his peers have ushered in the Star Wars phase of TV’s “new Hollywood” period, his place as a maker of character-driven, slow-boil entertainments that somehow capture the public’s imagination seems less secure. The road ahead might be, well, difficult.