Hey, the Replacements Are Actually Reuniting! 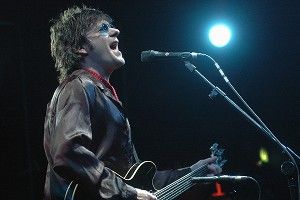 Well, would you look at that … after teasing diehards with a covers EP and a corresponding wave of vague non-denials, the Replacements are actually getting back together. As with every time a beloved band reunites after an acrimonious split and years off, it felt like it would never happen, until it did happen, and so now it feels like it was totally inevitable the whole time.

As SPIN reports, the band has three gigs lined up so far, stops on this year’s punk-leaning touring festival Riot Fest: Toronto on August 24 and 25, Chicago on September 13 to 15, and Denver on September 21 and 22. (A just-launched new band site pretty much only has that information.) As for who’ll actually be in the Replacements 2.0 — well, it’s complicated.

Paul Westerberg, the charmingly rakish songwriting genius, is on hand. So is Tommy Stinson, the bassist who had been playing mercenary with Guns N’ Roses for years now. It was this pair that recorded the aforementioned covers EP, which was actually a wildly successful attempt to raise money for the health care of former ’Mats guitarist Slim Dunlap, who had suffered a debilitating stroke. Original drummer Chris Mars didn’t play on the recordings, but did volunteer the album art. Original guitarist Bob Stinson, Tommy’s brother — and the guy who Slim had originally replaced — died in 1995.

So, without a doubt, there will be some talk as to what actually makes this a Replacements tour rather than a glorified “Westerberg plays the hits” tour. But the point is — we’re getting the hits! The dominant narrative with the Replacements was always “what could have been”: a string of blistering live sets — 22 years since they last played, and in front of kids who maybe weren’t even born the last time they played — goes some way toward fulfilling all that spare promise.

Children by the millions scream for the Replacements. And they come runnnnnin’.

Filed Under: Music News, The Replacements

A Kanye West Groupie Tells All ... and Other Horror Stories From This Week's Tabloids