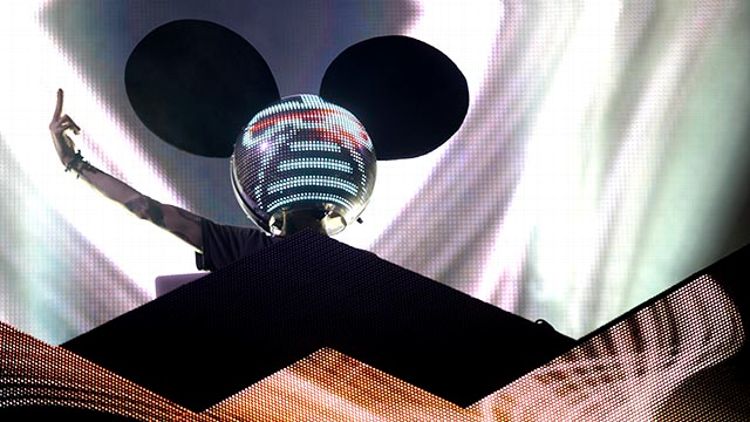 Gather round, kids, it’s time for Las Vegas Story Hour featuring Deadmau5, Bon Jovi, and $200,000. No, this isn’t some kind of IRL celebrity Indecent Proposal, but it’s just as bananas, and comes to us courtesy of The Hollywood Reporter.

Long ago, in February 2011, before most of the world even knew what a sick drop was, much less how to cure what ailed it, a young entrepreneurial disc jockey by the name of Joel Zimmerman donned a giant LED Mouse head and prepared for a lucrative night serenading the crowds of Las Vegas’s XS nightclub under his stage name, Deadmau5. The gig had been booked by Zimmerman’s agent at William Morris Endeavor — also named Joel Zimmerman; keep up, kids! — during a previous trip to Vegas. During the meeting with XS co-owner Joel Zimmerman (j/k, his name is Jesse Waits), Zimmerman (the agent) was introduced to Don Johnson — not Miami Vice/Nash Bridges/father to the future Anastasia Steele Don Johnson; keep up, kids! — but the high-stakes gambler Don Johnson, who was identified by Waits as one of the Wynn’s most important clients, and, according to a 2012 article in The Atlantic, “The Man Who Broke Atlantic City.”

Johnson got onstage (1:19). Everyone cheered. Deadmau5 Zimmerman hugged Johnson while dreaming of all the custom-built HD mouse heads he’d be swimming in once this deal was closed. They danced, they laughed; oh, they were so happy back then. But the song ended, as all songs, even extended Deadmau5 club mixes, eventually do. And after the show, Agent Zimmerman accompanied Waits to the blackjack tables to find Johnson and collect.

But something had changed in the two hours since Johnson had been seen pogoing on the XS stage with Deadmau5 Zimmerman, without a care in the world. As WME would later report in their defense against Waits’s lawsuit (spoiler alert; bet you didn’t see that one coming!), Johnson “appeared to be losing a lot of money.” Waits requested the $200k and Johnson flipped, siccing his security on Waits and Agent Zimmerman.

Johnson never paid up, and WME was forced to pay Deadmau5 Zimmerman themselves so as not to anger what was becoming one of their most lucrative clients. Since Waits had been the middle man in this clearly ridiculous agreement, Agent Zimmerman asked if he would help shore up a bit of the bill. Waits offered $50k, leaving the agency to pay the remaining $150,000, but this June Waits filed a claim for that $50k, stating that it had been a loan and he had not been repaid. There’s more legal messiness in the full story on THR, but let this be a lesson to all DJs, of all walks of life: It is never worth it to play Bon Jovi at a party.