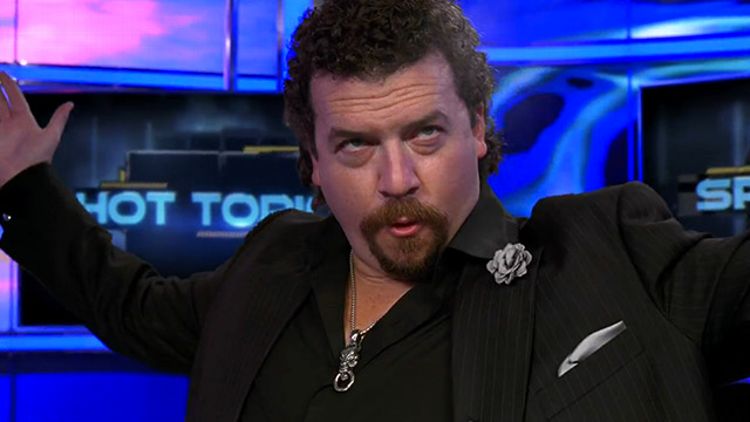 On the night of Sunday, September 29, millions of Americans tuned in to witness the beginning of an entitled narcissist’s final act. This goateed sociopath had chosen drugs and glory over the more simple pleasures of family, and, along with a foul-mouthed associate, had created an alter ego whose name rang out on both sides of the U.S./Mexico border. The end of his blinkered, bumpy journey promised blood, stimulants and — if audiences were lucky — Jet Skis.

As it turned out, Heisenberg’s return to suburbia was a lot more violent — and popular! — than La Flama Blanca’s. But I’m not sure it was necessarily more successful. In its fourth and final season, HBO’s Eastbound & Down hasn’t so much found another level as it has reclaimed its glorious, tarnished crown. Kenny Powers’s pilgrimages to Mexico and Myrtle Beach were plenty exotic and often deeply, appallingly funny. But neither matched the highs or the strangely affecting lows of that impeccable first season, when Kenny — a dim-witted, drug-hoovering buffoon, recently furloughed from his 10th and final major league baseball team — was forced to confront a fate worse than death: real life.

The brilliance of this fourth season is the way it has brought everything back home again, imprisoning Kenny in a pre-fab Carolina cul-de-sac of his own making. He’s married to his dream girl, raising two precocious kids, and even listening to NPR. But the sustainability of this modest success has left him neutered and neurotic, prone to rage-breaking vases and pouting outside of BBQ joints. If Breaking Bad held up a dark mirror to the psyche of the American male in the early years of the 21st century, Eastbound & Down is the fun house mirror version of the same image. It’s no less insightful, it just comes laced with one-hitters, F-bombs, and whatever the hell Stevie Janowski is.

From the start, Eastbound has lurched and crackled with an appealing, almost impossible blend of anarchy and precision. (I’d liken it to Kenny himself laced on Adderall and bath salts, but I’m not quite sure if he has ever limited himself to just two Schedule I narcotics.) Danny McBride, like Will Ferrell (an Eastbound producer and occasional, welcome guest star) before him, has entered the stage of his career when merely appearing is enough to send me into hysterics. (This was a resource mined perfectly in last summer’s surprisingly great This Is the End.) And the mulleted KP — louche, befuddled, and confident for all the wrong reasons — is the role McBride was born to play. Yet what elevated Eastbound, even when it was losing itself with Don Johnson in the wilds of Sinaloa, was the way McBride and his college pals Jody Hill and David Gordon Green insisted on deploying his character’s stupidity in the smartest way possible. For all the improvised anarchy bubbling in the margins, there was a near-Mametian exactitude to the language, especially the naughty bits. (“Shitty-ass fucking cabinets” is unquestionably the funniest order for those words to be in, especially when the cabinets in question are truly horrendous.) And Kenny’s extra innings were imbued with a cinematic scope and a strange dollop of dignity; his pain was real, even when it was manifested in the form of a gakked-up nunchaku workout or an $80,000 sports car the color of seasick Kermit. It’s “The Hero’s Journey” as dictated, between bong rips, by Broseph Campbell.

Last week’s episode, “Chapter 24,” was one of the slyest and most affecting of the entire run. Having been granted a nibble of the big time as a panelist on a fratty talking heads show called Sports Sesh, Kenny is desperate to big-time his small-fry new friends. So he springs for a weekend trip to a water park where he and the rest of the suburban crew — featuring a wonderfully doughy Tim Heidecker of Tim and Eric Awesome Show, Great Job! near-fame — can get sloshed on tequila and overly chlorinated pool water. April (played, as always, by the tart Katy Mixon) parties a little too heartily and passes out, leaving Kenny to turn on G.I. Joe: Retaliation for his tiny kids and skulk back down to the bar to continue raging with the other husbands. Soon enough he and Stevie are snorting lines with a creepy brother/sister duo and their eyebrow-licking elderly uncle who looks like a cross between Terry Richardson and Carl Reiner in Ocean’s Eleven. When the sister comes on to Kenny, he demurs in the name of love and family. But when, still vibrating, he returns to the reality of said family and sees them passed out in the sanitized doldrums of the motel room, he changes his mind. That Kenny is ultimately rebuffed is almost beside the point. He went big. He still had to go home.

The episode was hilarious but it also seethed with a particular kind of impotent sadness. Eastbound, in its inimitably filthy way, is unparalleled at chronicling the downslide of adulthood, the complicated years when reaching for something extra means potentially losing everything you’ve got. I can’t say I’ve ever inner-tubed after hours or punched a man in the face, but there was a melancholy lurking beneath the ill-fitting Billabong wet suits that got me just the same.

Last night’s “Chapter 25” wasn’t nearly as good but it was still pretty great, featuring a charity boat race and the sight of K F-ing P Dangerous Minds–ing some underprivileged youth. Just as Kenny Powers enlivens any room he’s in, so, too, apparently, does performing with McBride. We saw it in Season 2 with Michael Peña and last year with Jason Sudeikis. This year it’s Ken Marino’s turn to break bad as Guy Young, a spotless former big leaguer who masks his insecurities with a thousand-watt grin and a passion for AIDS. Though I love Omar Dorsey’s swaggering performance as Dontel Benjamin, a braying talking head who has been set up, in the early going, as the season’s main antagonist, I find the way it’s played out — with Guy and Kenny high-fiving as a Southern audience boos Dontel out of a job — more than a little problematic. When it comes to race, Eastbound tends to treat the line between good taste and bad the way Kenny treated Reg Mackworthy’s cornea. (Don’t get me started on the grim, non-personhood of Maria, Stevie’s Mexican wife.) But I actually think something more subtle is at work here. Kenny’s cool kid fascination with the undeserving Guy, his malicious ice-grilling of sad-sack neighbors Gene and Tel, the constant undermining of the shameless, chinless Stevie are all landmarks of Eastbound’s true terrain: the impossible hierarchy of manhood. From high school to the clubhouse to Spaghetti Night, the bullying and insecurities are all the same. Kenny is just as much of a peacock as Dontel: another sad loudmouth chasing awesome in a world where everyone has attitude but character is far more elusive.

A few years ago, the hive-minded suits in the comedy departments of the broadcast networks decided that the biggest, and funniest, issue facing our country was something critics Myles McNutt and James Poniewozik termed “manxiety,” the absolutely straight-faced fear that “traditional” white men were the biggest endangered species in the United States. Eastbound, rightly, treats the very idea of dude-ish self-pity with the outright mockery it deserves; this season, Kenny is attempting to butch up his son by forcing him to hand-feed raw chickens to a feral wolf named Dakota. But in addition to going further than any previous sitcom on the topic, it also goes deeper. On DOA slop like Work It or We Are Men, the loutish dudes were provided with plenty of easy targets for the Axe body sprays they’d been grinding, with the classic twin buzzkill of “women” and “responsibilities” high on the list. The sneaky-sad Eastbound & Down, by contrast, never hesitates to show Kenny as the architect of his own potential destruction. His daughter didn’t ask for a Louis Vuitton backpack. No one forced him to buy a dancing robot. The self-actualization waiting at the end of Kenny’s autobiography is the same one that was lurking for Walter White: “I did it for me. I liked it. I was good at it.” With four episodes left, the question remaining isn’t if Kenny Powers can throw strikes. It’s if he’ll realize it’s high time to stop playing around.