Guess How Much Money Liam Neeson Is Getting for Taken 3 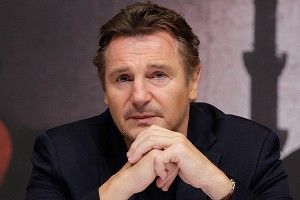 Ready? You sure? It’s a lot. You’re gonna be surprised. OK. OK. Here goes: To reprise his role as all-killing machine Bryan Mills, Neeson is going to collect a cool $20 million. I don’t have the actual numbers in front of me, but that works out to roughly $17,374 for every murdered Albanian sex trafficker.

As Deadline reports, Taken 2 did even better than Taken at the box office. The first managed $226 million on a $25 million budget; the second did $376 million on a $45 million budget. And so while Neeson was already paid handsomely for this most recent one — $15 million! — his salary was understandably raised to get him to come back.

Now if you saw the second flick, you might be thinking — “wait a minute … with all due respect to the God Liam Neeson, he did look even older and slower that second time around. Plus how many more times can he wipe out an entire village of Albanians?” Well, see, as the great Neeses Pieces himself once explained, “We joke about doing Taken 3, Taken 4, Taken 5, and so on. It’s funny to be doing this at 60. I just hope my knees hold up.” And as we already told you, he ain’t joking: This franchise will live forever, even if it means Neeson chasing down Albanians in a motorized scooter, givin’ ’em the ol’ cane-hook to the neck. So respect the eternity of this series, and accept the fact that for Taken 10, Neeson will be paid the annual GDP of Sweden.

Afternoon Links: Two and a Half Men Come Out, in Japan

Grading the Charts in … HOT COUNTRY!